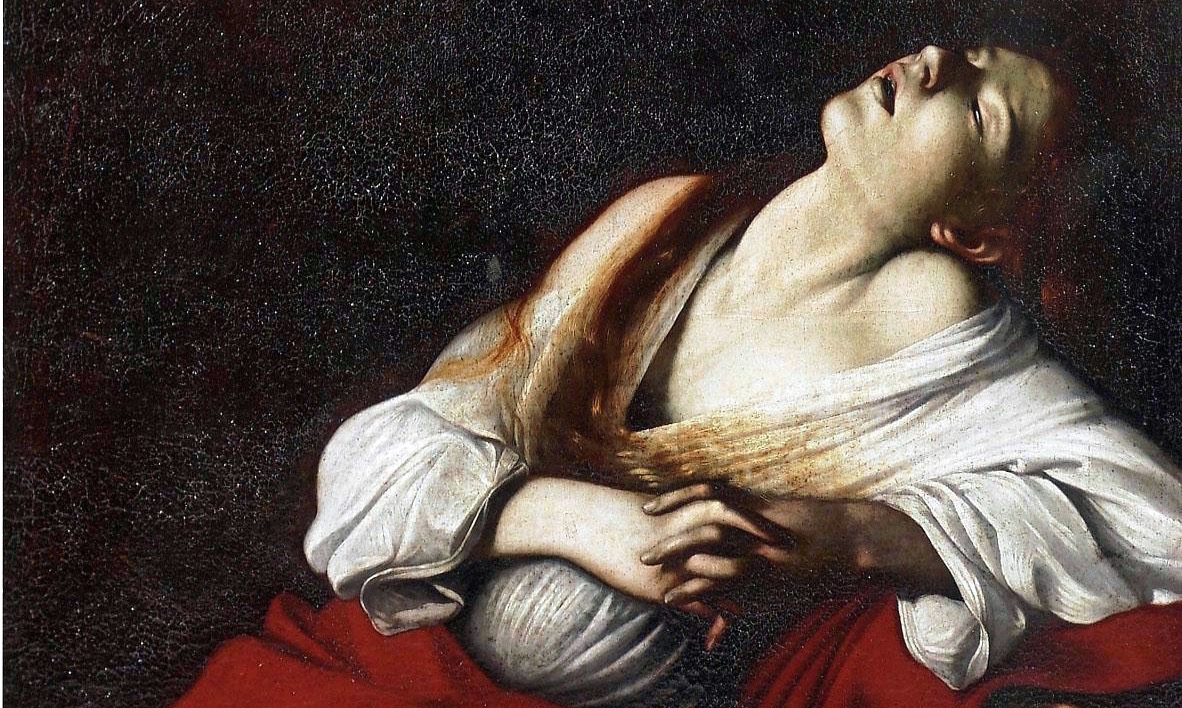 I’ve chosen Caravaggio’s Mary Magdalen in Ecstasy to illustrate this post on the concept of grace. To my mind one of his greatest works and one that takes a naturalistic perspective on the ambiguity of mystical and erotic love. I’ll also make the point now to my many atheist friends that they neglect theology and philosophy of religion at their peril. The value of some of the thinking here, where you strip it of excess piety is important in a world where meaning has become problematic. In many ways I was lucky, I first seriously studied the subject through the works of the Jesuit Philosopher/Theologian Karl Rahner. He challenged the idea that salvation is restricted to the visible church and sees the nature of humanity is to be self-transcendent, being human is not about choice but surrender to a wider mystery which in Rahner involves the community: ”The basic act in which man morally transcends himself is this love of the thou of the neighbour” (George Vass SJ in The Month April 1970, 207 its amazing what you turn up when you open old text books). Critically salvation is an ontological aspect of creation not an afterthought; love is fulfilment when realised through love of the neighbour. That concept of neighbourhood is also universal, in Theological Investigations (VI, 391) he says:

Can the Christian believe even for a moment that the overwhelming mass of his brothers not only those before the appearance of Christ right back to the most distant past but also those of the present and of the future before us, are unquestionably and in principle excluded from the fulfilment of their lives and condemned to eternal meaningless?

Ideas on grace are among the great divides between Catholic and Protestant, between liberal and conservative. For the former grace is a gift, it is not based on the faith of the believer. Similarly justification is by works, not by faith alone.

I’ve spent a bit of time on this, and I am making a point which is independent of religious faith. Grace at its heart is a spontaneous gift, given unconditionally. Our attitude to it determines its effect, but does not compromise its availability. That was one of the main reasons I chose Catholicism over Protestantism. For me that concept matched fundamental beliefs about the role of gifting and obligation within communities. Gifting for me is not about exchange. It is not about doing something in expectation of return, but doing something for others because there is no other option. This is something deeply understood in indigenous communities but largely lost elsewhere. The means of exchange has become an end in itself and the acquisition of tokens and their accumulation possession is a religion from which grace is absence and in which meaning is corrupted to the point of perversion. In a modern society with the resources available to us there is no reason why we should not have free at the point of access health care and education. We can’t because we choose to ration value with a token.

The wider point of the quote from Rahner is that the divine is present in all, that no one is excluded, by and of themselves, from meaning and fulfilment. We may choose as society to limit that, to prevent it but at a cost. You can have all the facts you want, you can have rational decision making, but until people have a sense of social interaction, of a meaning above and beyond their personal self-interest, those facts will mean nothing. It is why I despise the neo-liberal usurpation of evolution by Dawkin’s nonsensical idea of the selfish gene (and also memes); an atomism fantasy that could only have emerged in the shadow of Thatcher. If you want humanity to take global warming seriously then the idea of grace, of giving yourself wholly to something other, has to be a part of that change. Awe, as sense of mystery is a part of science, but it is also necessary for the acceptance of science when the consequences of what science tells us are against our immediate and selfish needs. To return to my opening comments, mystical love is not opposed to erotic love, the two are intimately aspects of the same underlying need for sacrifice. Caravaggio captures that in a way that my writing cannot match.

2 responses to “On the role of grace”

The theme of a post-fact, post-truth society is ever present in the press, social media ...

Rahner, who I referenced yesterday stands in a tradition that traces itself back via Geist ...