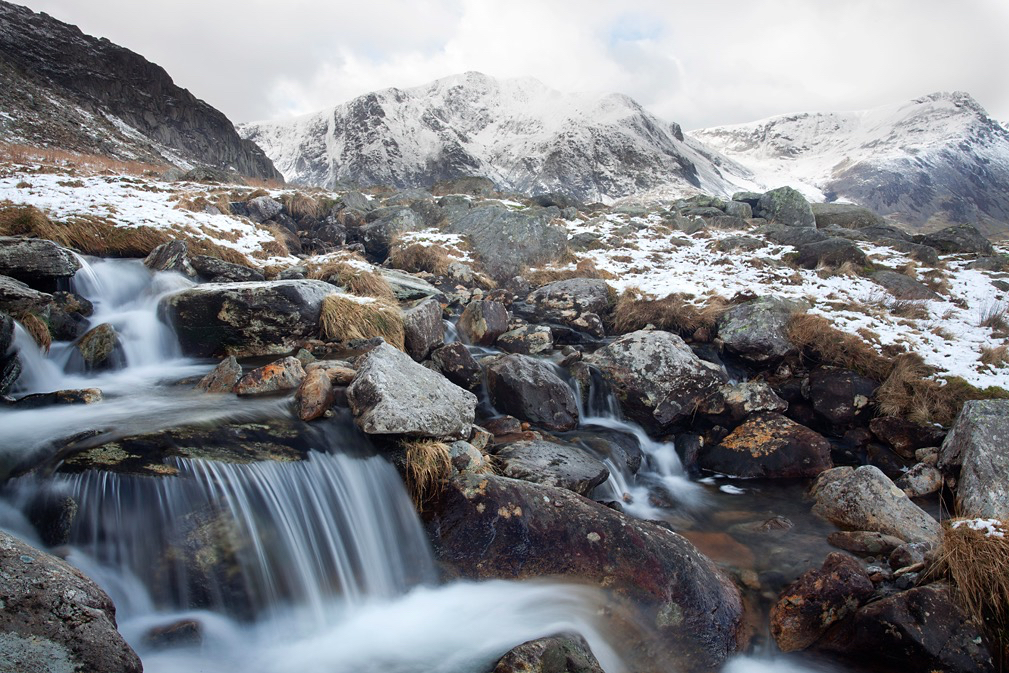 I’ve done the ascent and descent of the path to Llyn Bochlywd at the base of Tryfan in North Wales many times over the years. In a more sprightly youth jumping from rock to rock, more recently slowly and carefully with blood pouring from my head (eight stitches) after a fall at 3000 feet. I’ve done it with crampons in deep snow at -10º and in shorts during a heatwave. I’ve also done in pitch dark both with (and one very foolish evening) without a head torch. It is a route I know well. It used to be largely sheep tracks, these days much of it is a well engineered path. In good weather it is a stroll, if a steep one, that rivals the more popular Llyn Idwal round that has the same starting point. But even a familiar path in unfamiliar circumstances can be problematic. The time I descended in the dark I had overstayed on the summit of Glyder Fach for the sunset, overconfident of the time it would take me to descend. I managed to reach the Llyn before it became pitch dark but crossing the stream was a matter of fumbling and prayer. The descent was easier to follow, but then what was a clear track in the daylight over the marsh to safety became a confused mess of rock, track and stream that took an hour to navigate; normally ten minutes.

So why am I recounting this foolishness? Well it is in part a follow through on yesterday’s post about the importance of the complex to complicated transition in Cynefin. In the complex world we run parallel safe to fail experiments in order to find out where we should even travel. But as those experiments start to create a stable pattern I can move to a more linear iteration with a clear goal or end point. The iteration is necessary as the path may not yet be clear. Striding forward confidently is a mistake. In the dark, I back tracked or sidetracked to find the path if I lost it; I knew the perils of doing otherwise. So in making the shift from the inherent uncertainty of complexity to the scalability and predictability of the complicated is not always easy or quick. So in starting to think about that boundary as a transition domain I’m starting to think about ways of delaying or inhibiting the transition.

More on that tomorrow, and in the context of the Kanban conversations of this week.

Credit for the picture

2 responses to “Pathways with purpose?”

For various complex reasons which started with a casual throw away remark at Lean Agile ...

In my last couple of posts I have been talking abound boundary conditions in Cynefin. ...