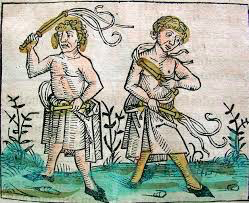 My thanks to Rodrigo Yoshima for reminding me of of a quote from one of my favourite philosophers when I was studying aesthetics George Santayana. He said “Fanaticism consists of redoubling your efforts when you have forgotten your aim.” I think I would add to that “or when the evidence says you were wrong but you don’t want to believe it”. The advent of this particular form of fanaticism has its utility in that it generally comes before a significant shift in thinking. I was thinking of this in the context of my recent lecture in Whitehorse where I pointed that that Six Sigma is an example of taking Business Process Re-engineering to excess. BPR was fine in manufacturing then it started to break down when applied to services and innovation. The proper answer to that (per Cynefin) is to realise that such an ordered approach is limited in context. The actual response was to redouble the effort with the addition of statistics used as doctrine in the worst tradition of the inquisition to create Sick Stigma.

The early warning signs are easy to detect. I’ve found when I critics things like six sigma consultants involved say that they understand what I am saying, but that such errors only happen when it is badly implemented. There is normally an implication that had they been responsible things would have been different. At the more trivial end of the management methods we have the same thing with SAFe where its obvious incompatibility with complexity is excused by the argument that good consultants only use it in part. If a method or tool requires saints to make it effective it will fail. Yes at times the it wasn’t run out properly argument stands and I’ve used it myself. But the responsibility when that type of failure is encountered should be to either (i) abandon, or contextually limit the method or (ii) make modifications so the failure is unlikely to repeat. I’m inclined to say that after a few attempts you should assume the first is the solution not the second.

The problem with six sigma in this context is that it matches all the large consultancy need for highly structured methods, long reports, massive implementation teams and a long time before aspiration sale and disappointment in delivery. Its time to move on, few fanatics, more pragmatists, far less idealism.

Of mountains and miners

Since regaining fitness I’ve kept a pretty rigid discipline of exercise, either with the bike ...

A couple of years ago I coined the phrase Just because you draw a ...