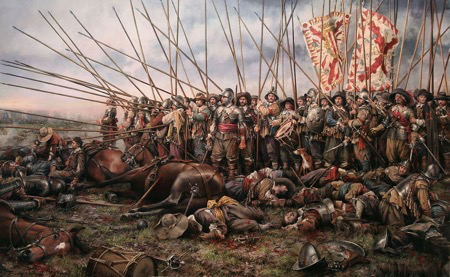 I had a long drive from Hull to the Arms Park today to watch the Cardiff Blues beat Ulster and dominate the Scrum for the first time in many years. Then home with the prospect of getting up early tomorrow in time to check into accommodation in Bangor then take a train to Milton Keyes – don’t ask it just sort of worked out that way when it should not have. While I was minding the affairs of every player on the pitch, trying to cope with a referee who had no understanding of the offside law and otherwise engaging with the event I made the mistake of checking twitter during a stoppage. Suffice it to say that this was a mistake as a very long exchange ensued with my responding during stoppages for most of the second half before it stopped.

That exchange reminded my of the degree to which religious wars occur between methods and approaches in management science in general, but in the whole Agile space in particular. Ironic really that I was watching rugby when one of those debates involving Kansan and Scrum started. In this particular debate we also had Taleb’s anti-fragility being thrown in for good measure. One of the characteristics of these various method wars is suborning other theories. I innocently said that I thought anti-fragility (which I see as just one type of resilience) could not really apply to any of the various methods that exist in Agile, most of which involve taking ideas from the manufacturing sector sideways into what should be considered a service industry (something I have mentioned before and to which I will doubtless return. It really was a innocent comment as well, I was distracted when I made it by the Ulster forwards being at least two yards off side in front of the referee without any penalty. But it was that which produced a response in which I happily gave as good as I got.

But reflecting on this I was reminded of the near religious zealotry with which method wars seem to be conducted within the Agile community. Within this overall rather tortuous space I see four distinct approaches:

What is missing overall is real examination of the assumptions and principles involved. Also we need more collaborative development of methods and tools, something I plan to move on with project management and user requirements capture in the not to distant future through CfAC. Differences are important, schisms may be necessary, but doctrine dismissal is always a bad idea

I’ll get back to the Predation and products series later in the week, more thinking ...

I haven’t opened a post here with a Gaping Void cartoon for a bit so ...