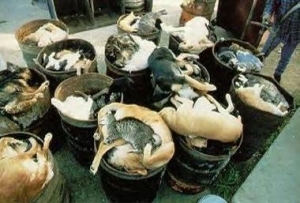 An interesting day working with a group of Partners from ETHOS with whom we are starting to form an interesting series of relationships.  I’ve had several meetings with them since I was introduced by Euan Semple and Jon Husband.   I share many of their values and approaches in particular a passion against the tyranny of utilisation based consultancy models.  Today and tomorrow I’m working through SenseMaker® with them with three objectives: (i) to see if it can provide a measure of value for share allocation etc.; (ii) to look at its value to differentiate major bids; (iii) to create new (or use existing) product offerings that will help sell value.  I’m also using the occasion to flesh out some of the Zurich work on creating templates for SenseMaker® projects, so expect some more on that over the next few days.

Wider applications apart the utilisation issue was already on my mind.   I had dinner the night before with a former close colleague at IBM now one of the many post 50s in effect pushed to take early retirement/exit options by a management which has in my view lost all sense of purpose, morality and value.  Steve Denning has written an excellent series of blog posts on the growing perversion of what was one of the world’s greatest companies, the latest of which focuses on financialisation.  A simple search on Denning + Forbes + IBM will give you the rest and I recommend reading them.   I have disagreed on many subjects with Steve over the years (not least the rebadging of a failed approach to KM for learning in the SCRUM community) but in these posts he is spot on.  I was frankly amazed to see announcements of large bonuses and pay rises for Ginny Rommetty a week ago give the parlous state to which IBM has beenrendered by her, and earlier Sam’s focus on short term measures over long term value.  That bonus alone would have allowed the retention of many key knowledge assets that IBM is loosing.

The main ethical problem with utilisation as a model is that assumes that people are widgets in a manufacturing process that deliver value in direct proportion to time used.  This dehumanises the consultant to an object within a system rather than an engaged subject. Aside from what that does to the consultant think about its implications for the client?   Without spending too much time thinking about this I came up with seven negative implications:

Of course this does not just reduce value to customers, it dehumanises all those engaged int he process, reducing people to objects.  So I am sorry if the image offends, but it is more than appropriate to the subject.

A couple if inches of snow this morning and life became difficult.  The local authority ...

Day two of the ETHOS event and we are starting to focus on applications both ...