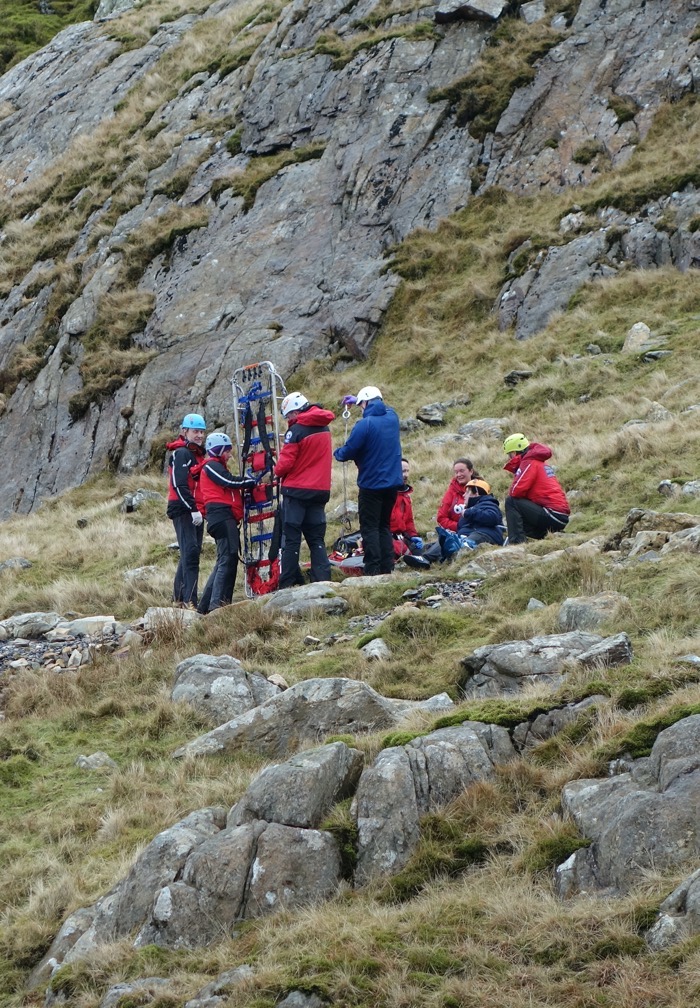 My last post compared two approaches to protecting walkers from mountain weather.  For those of us who indulge in this passion, it is an important topic.  The old adage that there is no such thing as bad weather only bad equipment is good up to a point.  I’ve been knocked off my feet by the wind and once on Fairfield literally picked up in a vortex to be dumped a few meters away from the starting point, luckily still on the summit; so there are limits!  The difference between Páramo and Gortex is an example of the difference between a resilient and a robust system.  Now if you look back in time I have blogged on this subject from time to time, so like a lot of posts in the last couple of months, today’s post is by way of consolidation.  I’m getting a lot of posts up like this as part of creating the core content for the book.

Now the two words are not used consistently in the literature and that is before we get to the question of anti-fragile.  So it behoves anyone to define their terms.   I am using robust in the sense of a system which can survive considerable stress as is and has high utility, but when it breaks it would be better if it had not been there in the first place.  The other example I use a lot, and which forms the banner picture of this post, is a sea wall.  It has high utility and I can make use of the landward side secure from flooding.  Until that is the design conditions are exceeded at which point the break is catastrophic.  A resilient system on the other hand survives with continuity of identity over time and it survives by changing.  To continue the metaphor, my previous post had a salt marsh as its banner picture.  Shifting sandbanks and vegetation mean that the system can absorb floodwater and even when saturated there is no catastrophic release of the stored water.  Páramo can be torn as the protection comes from changes in the fibres not from a protective membrane.  In addition that fact means that there is no design inhibition of creating multiple zips – down both sides and on the sleeves.  That means as you get hot zips are opened and vice versa without the constant stopping to change layers.  When I go walking the forecast tells me what next-to-skin layer to choose (I have three weights) and then the Paramo is enough.

In general resilience systems do many things, not just the primary purpose.  A sea wall is a sea wall, a salt marsh on the other hand is a highly complex ecosystem with other benefits.  Systems that can change are far more likely to exapt and also to create multiple types of symbiosis.  So it is not just the entity that creates resilience, but the nature of its interactions.  This is one of the reasons that I have been emphasising the role of informal networks in creating organisational resilience and sustainability.  The energy cost of creating (or more accurately stimulating their formation) and maintaining their density is far less than the costs of maintaining and designing a formal system.  Think of the difference between a formal garden and a wildflower one – the latter only needs attention to boundary conditions.  Form will emerge from the system as is.  There are some other interesting metaphors here such as a Portuguese Man-of-War, which is not a Jelly Fish but a complex symbiosis of different entities.

Since The Taleb published Anti-fragile all of the language has got a little confused.  My view is that things that survive through disorder, stress and disorder are resilient and I would reject dividing the world into systems that are fragile and anti-fragile.  He also uses resilient where I use robust and the continuity for identity aspect he does not address.  Specifically from my perspective,  while all anti-fragile systems are resilient, not all resilient systems are anti-fragile or fragile for that matter.  Saying that was enough to get me the blocked by The Taleb where I join an honoured company which includes Simon Wardley who politely drew his attention to Holling’s prior work in the field.   “Annoying but still worth reading” just about sums it up.  He has no sense of humour and in my first encounter with him I got called a “fucking idiot” for simply asking if anyone else agreed with a somewhat satirical review of one of his books.  If you can’t take a little parody then fragility is an issue; if I ever get that arrogant take me out and shoot me for my own sake as much as yours.  It is a pity as there is a lot of value in his books but you have to wade through a lot of needless pontification and invective to get to it.  Criticise him and you get set on by trolls.  To be clear I respect his work, but I am using words and concepts in a different way.  I think exploring those differences would be interesting but it isn’t going to happen so time to move on.

So yes bones get stronger by stressing them but stress them too much and they break.  The opening picture was taken on St David’s Day almost five years ago when I was in effect the first responder when a woman cracked her fibula and fibula.  The picture shows the stretcher being set up before she was winched off by helicopter.  She was not used to walking and her muscles and ligaments didn’t handle a misplaced foot and things snapped.  In a similar situation, and I’ve slipped like that many times, the right training and experience prevents the break.  Designing systems and developing capability in people that creates resilience has as its essence the idea of change over time, itself a key aspect of Cynefin as a concept.

My general point about resilience systems having other functions and using less energy is also illustrated by the picture below which is of a crank crackle wall.  In Dutch they are called slangenmuur or snake-walls and the idea was brought to Britain by Dutch Engineers draining the marches of Eastern England in the 17th Century.   They were also drawn and mapped out by Jefferson worked out the maths for his use at the University of Virginia.  The fun fact (to quote the anti-hero Sheldon) is that they use fewer bricks than a traditional wall which would require two courses and buttresses.  The curves also act like spandrels in that they found other uses to shelter pants and such like.  Resilience systems are designed to evolve, to respond sometimes through stress sometimes just because.  Their nature makes them natural sources of exaptive practice.  But they have what I have called essential ambiguity of boundary and function in which lies their strength.  They are highly effective but do not, at first sight, seem to be efficient.  I hesitate to say this, but draining the swamp looks attractive but to do that means building walls (I really couldn’t resist that) now of which provide long term sustainability.

Now I have been building various principles of organisational design over the last month’s posts and this is a key one – design for resilience unless you are absolutely sure that conditions will stay within the design limitations of robustness.  To come back to Iwan’s comment this means that our comfort is the original meaning of having the strength to endure rather than the modern meaning of being warm and comfortable and most likely complacent. 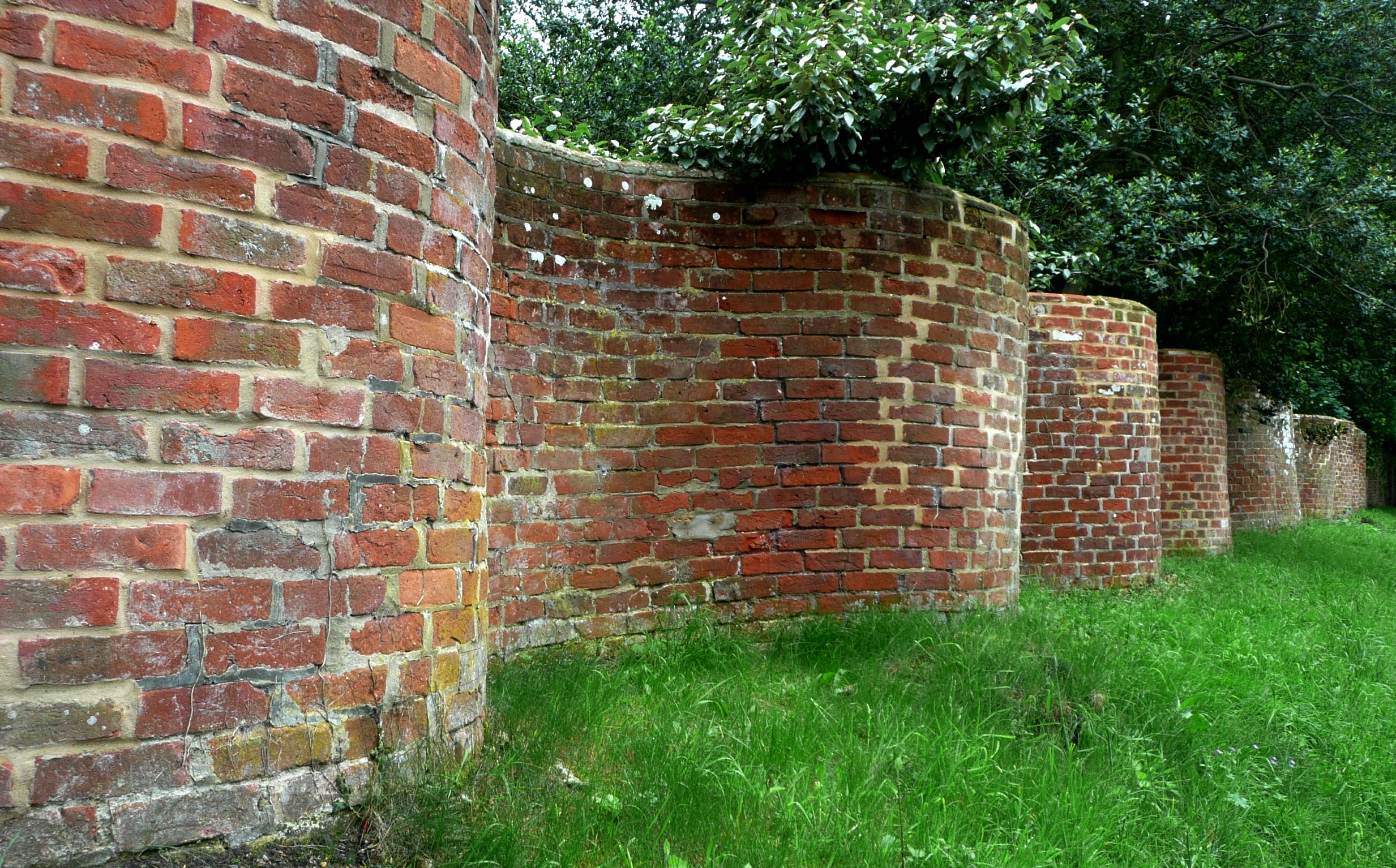 This is a two-part post.  Today I want to establish the context by talking about ...

The wonderful world of the wiki

For those who don’t know Wikipedia is twenty years old tomorrow.  It started in 2001 ...