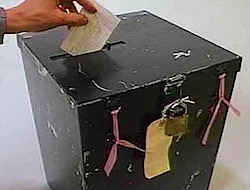 I think this is the first year in which I have not been in the UK for a General Election. The result was that I first picked up news of the exit poll reversal of prior expectations on the ferry back from a rain soaked walk on Waiheke. I had taken the Nikon 600 all four lens and the monopod/treking pole with the intention of having a orgy of sea, sun and greenery. As things worked out the equipment stayed in water proof containers for the whole journey. The rain was so bad we gave up early and got the 1400 ferry which had internet. So overall I was not in the best of moods when I opened up the Guardian news app.

Just to emphasise the standard declaimer, the following post is my own opinion, not that of Cognitive Edge. Feel free to jump directly to the section ‘Thinking differently’ if you are only interested in the subject of the title and don’t want to go through my polemic on the election itself.

A reflection on negativity

Now I make no secret of my politics, I have been and remain a democratic socialist. That said, in previous elections where I was more active on the ground I had lots of friends amongst the Conservatives who were similarly active. I remember fondly one drink before the count with the Conservative Agent for the Ward in which I was Labour Agent. Both of us were pissed off to the back teeth with having to drag out our respective supporters to vote. We were also unhappy with growing opportunism and the lack of conviction. It was the tail end of the Thatcher period when selfishness had been established as a legitimate ethical position. It was something that he was as distressed by as much as I was distressed by the homogenisation of the Labour Party in the early days of the so called Third Way. Whatever our differences both of us had a common view of service, responsibility and engagement. Also a need to see some degree of critical thought in the voters and some sense of dignity in the campaign. That was a couple of decades ago and in that time I both left the Labour Party in protest and rejoined it; a gap that roughly covers the Blair years.

Now dignity was conspicuously lacking in this campaign. It was one of the most distasteful campaigns I have witnessed. The whole campaign, with the notable exception of the nationalist parties was negative, it was not about achieving something but rather about preventing the other side doing bad things designated as the ultimate evil by respective media. There was nothing to believe in, nothing to be passionate about, no spirit of the Chartists, the Suffragettes or any of the other great campaigns. Instead we saw the demonisation of the Scots, Immigrants and Europe. None of that demonisation resulted from an ideological position (which would have been bad enough but at least understandable) but rather from the short term tactical determinations of a small elite of too highly paid political advisors. The election did not fall to a positive endorsement of what looks to be a Government determined to return to the elitist differences of the 1920s, but instead to a media whipped up frenzy of fear of a properly elected group of Scottish Nationalists having a similar influence on the Labour Party to that exercised by the Liberals on the last Government. In reality those Nationalist voters were all former Labour Party supporters who had faced decades of living under Governments, both Labour and Conservative alike, whose views were other than their own and were seeking change.

In practice I think most people wanted a hung parliament with some restraint on the dominant partner, but the whipped up fear of the SNP turned the balance of power to a workable single party majority. If you look at the electoral map then we have a divided country at so many levels. London and the great Industrial cities along with Scotland and most of Wales voted against the Government we now have. And of course those areas will suffer most from the forthcoming reversal of the welfare state. The Labour Party allowed that tactic by denying that any such alliance would take place. Instead of confronting the nonsense head on they in effect endorsed the prejudice. So they have only themselves to blame.

Now I know that good friends of the opposite persuasion will disagree with me on the above views and I can live with that. In a democracy you will loose from time to time. But the one thing that is now indisputable is that a first past the post system is broken and that the divisions with the United Kingdom have never been more extreme. So placing my own political beliefs aside lets look at what democracy means from a complexity perspective. It’s something I have been thinking about for some years now and it really deserves an essay but I have summarised it in seven points below. In effect they work off the three principles of a CAS namely (i) change the granularity of the objects (ii):distribute cognition & (iii) disintermediate the decision makers. I think its pretty obvious how those apply in each of the points below but happy to spell it out if not.

Some people offer proportional representation as an alternative, but while that might more accurately reflect the popular vote it does not really address the issue. With a delegate approach advocated above you could add a party list system either in conjunction or better for an upper house. My overall point is that voting for someone who you can judge as a person is important at all levels. That might also mean more rebellion against party lines, more crossing the floor. Part of the strength of British Democracy in the past was a periodic realignment of parties, something that hasn’t happened for some time. Net result the homogenisation of presentation and a refusal to challenge the orthodoxy of prudence.

So if you want a big idea for the next election, then how about electoral reform? Not just a change in the voting system but something more fundamental, more granular that goes beyond a asymmetric federalism to something that recognises differences and commonalities within a loosely coupled system?

I tend to ration my use of Gaping Void cartoons otherwise I would be using ...

Cognitive Edge and UNDP are together launching a unique initiative  to engage with new ways ...