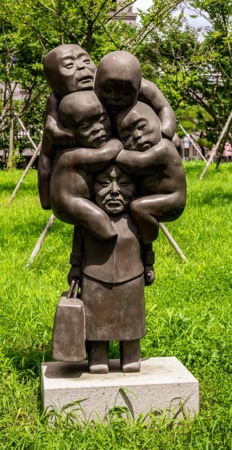 Yesterday was about setting the scene and gathering together links to my various prior blog posts and writing on leadership.  Discerning readers may have noticed I am doing a lot of that at the moment as I am starting to collate material from the 2,650 posts I’ve written since 25th July 2006 into patterns from which I can create not only a true book but in the interim some playbooks. So far I’m pleased that while the themes are mostly consistent, the content doesn’t often repeat so there is sufficient variety.  In the final post in this series, which may take a couple of days to get together, I’ll summarise the leadership material in a form I can use in the upcoming one-day Rewilding Leadership Masterclass in Copenhagen.  In this in-between post I want to pick up some of the social media & airport bookshop ‘memes’ around the subject and also revisit some of the ways to think about leadership from a Cynefin perspective.

Before doing that I want to also revisit leadership in the context of the ASHEN typology.  I wrote a series of three posts on this a couple of years ago.  The second one, ASHEN reused, applied the typology to Leadership and the third, ASHEN redux,  brought in a more collective understanding of leadership.  No one person can ever possess all of the various skills and experiences we need in a leadership role so we need to see the situation as a collection of people and processes that, as a whole, deliver what we need.  In the next post, I’ll also take about how distributed decision-making can help deal with issues where you don’t yet know what you need.  That is part of a general theme of creating an ecology able to respond to uncertainty rather than designing a system based on what we currently know, or where the range of our imagination can gain the attention and support of decision-makers.

Using the typology to change the nature of the question from How do we ever replace Jane to Jane possesses or can deploy these ASHEN elements, how do we replace that is a stress reduction exercise and both the pictures I chose for today’s post reflect that.  The loss and crying for the help of the banner, or the burden-bearing nature of the opening picture.  In a real sense, we make a rod for our own backs by seeing leadership as a set of competencies residing in an individual.  Anyone in that position is doomed to fail and the stress is high.   It also allows us to look at different leadership models based on dependencies.  One difference I have noted between British and American Health care systems is that in the latter the head of the hospital is normally a clinician while in the former they may be a professional manager without clinical experience.  Now a question that has to be asked is if that experience, and the training which allows the experience to be gathered, is valuable (I avoided saying essential) for management in a hospital.   I have my own views on that, but at the moment I’m pointing to the value of the typology in understanding what is needed in any leadership programme.   There is a whole mapping technique around this by the way and we are setting up to take a few cohorts through that in a mediated programme.

So that said let me lay into three of the standard tropes that you see in social media and in books;

I could add to this and I was tempted to raise issues with the Wisdom word but I think I will leave that for the moment.

The banner photo is cropped from an original  by Jonny Caspari; the opening photo of a statue is by Small Town Korea both on Unsplash

With Christmas over I’m starting to sort out engagements in Q1 which will include a ...

I’m interrupting my series on Leadership to pay tribute to one of the major figures ...