I made it back to Henley in the early hours of the morning following an outstanding production of Eugene Onegin at the ROH.  The production had an interesting feature in that the main characters, Onegin and Olga are mirrored by actors playing their younger selves.  It provides the contrast between what is, and what good have been which is at the heart of the opera.

Despite dashing out I missed the 2248 by thirty seconds so I only made it to bed around 0100 but was still up in time to witness a spectacular sunrise over the Thames.  it was cold, but then breakfast temptation followed.  I can resist a cooked breakfast at home, but when it is all their, laid out and waiting I am afraid the temptation is irresistible.

Day two of the workshop and we were into detailed action planning using the new safe-to-fail project forms.  I've created a full set of these and I'm working on a portfolio control sheet.  All will be available to premium members in a week or so once the experimental period is over. 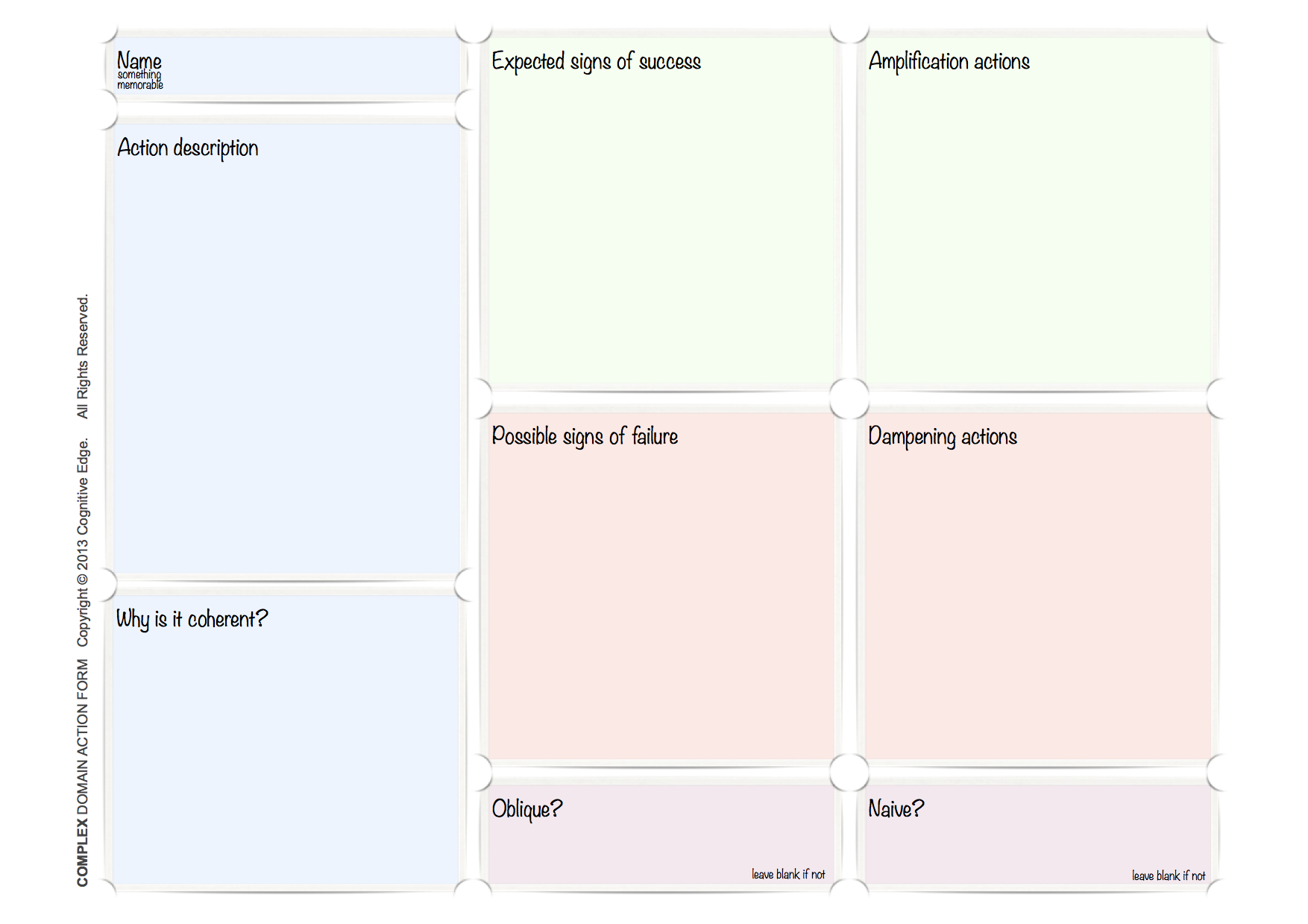 I'm also working with some colleagues on a cradle to grave strategy process using Cynefin and SenseMaker® this coming weekend so it will be a part of that.  I've show the complex for here by way of a taster.

We ended the day having covered the complex and chaotic domain models as well as running exercises in creating a social network stimulation.  Delegates went away having worked hard, gained some new concepts but above all with a great list of projects that can run in the here and now.  It is always rewarding when that happens and I hope to see them all again.

The major point I made throughout the session is that in services you can't afford to focus on a supply or demand approach to customer service.  It has to be co-evolutionary in nature.  That means small projects, high customer engagement and the creation of interdependency and added value provision.  Without that you end up competing on price and quality at renewal time which is not a good place to be.  I could get some people in IBM to buy into that over a decade ago, but the bureaucracy, measurement and control systems prevented it.  If the guys I worked with over the last two days are an indication of the talent in this facilities management company they I think they get it.

Finally, that sunrise again; but as a panorama.  Henley is such a good place to run a session like this.

As I returned to the car from Castell-y-bere last Friday the beech trees on the ...