I had too much good champagne on the flight back last night.  Every now and then I end up on a Singapore Airlines Flight where a good friend of Felix (husband of our administrator Dawn) is in charge of the crew at which point the level of care goes up a notch or two.  An impromptu tasting of different types of bubbly and my customary G&T and I was in no condition to do other than sleep.  Now that was not my plan, I had intended to stay up for 4-5 hours to work then, sleep to aid the time adjustment but temptation is as temptation was and I thus woke up several hours later 37k feet above the Caspian.  It was enough time to get the email backlog reduced and a forward written to a coming publication on Innovation, but it meant I was still on Singapore time.

We landed late, thanks to a passenger who fell sick and whose luggage had to be removed back in Changi so most of my safety margin was gone.  I bought a coffee then headed for the short term car park and a solid drive down to Cardiff for a presentation to the Welsh Audit Office.   I made it in the end ten minutes late and with no time for a shower.  That said, I was relaxed and comfortable in loose clothing selected for comfort and non-triggering of airport security scanners.  No one really expected me to waste time getting changed.

I got wired up and played with options on the iPad while I was introduced.  The seminar was on Leading Organisations in Challenging Times: Making sense of a complex public service environment.   The Auditor General in this introduction talked about the need to shift away from a risk adverse public sector to one that takes risks, but in a well informed and responsible way.  He very flatteringly said that I was bringing a global perspective to Wales and asked me to address a series of questions.  Its worth repeating them below and I will attempt to answer them tomorrow.

All excellent questions and I had two sessions, one high level and one detailed to attempt answers by 1500.   My first session was a general introduction and was graphically recorded by Laura Sorvala of Auralab and the main board is reproduced below.

Now I was in my home town, and in my own culture.  Not everyone gets the Welsh tradition on oratory and it can be taken as arrogant rather than assertive, but this was a great audience.  Net result I was on a roll and the tweet stream was all positive as far as I can see.  Great comments like a fascinating and highly practical day and others in like mode; hashtag is #wao_ds if you want to take a look.  People also participated well in the exercises, revelled in ritual dissent and talked Rugby in the breaks.

I may have entered jet lagged and very tired but an audience like that lifts you.  OK I snatched myself back from sleep driving back, but on the day a good audience stimulates you as much if not more than you do them.  I worked a few things out on the new sub-domain models as a part of the session in consequence. I suppose it was not only my own culture, but a group of people with whom I share a concern for public services and the need to avoid the barbarism of a free market.  All of that works well.  I'll be repeating the event in Bangor in the new year for anyone interested.

As I left Cathedral Road and wended my way around Llandaff fields, past the old Trollybus (pictured) turning circle,  to Western Avenue and thence the M4 and home I felt the full force of hiraeth, I need to return, and not just to visit. 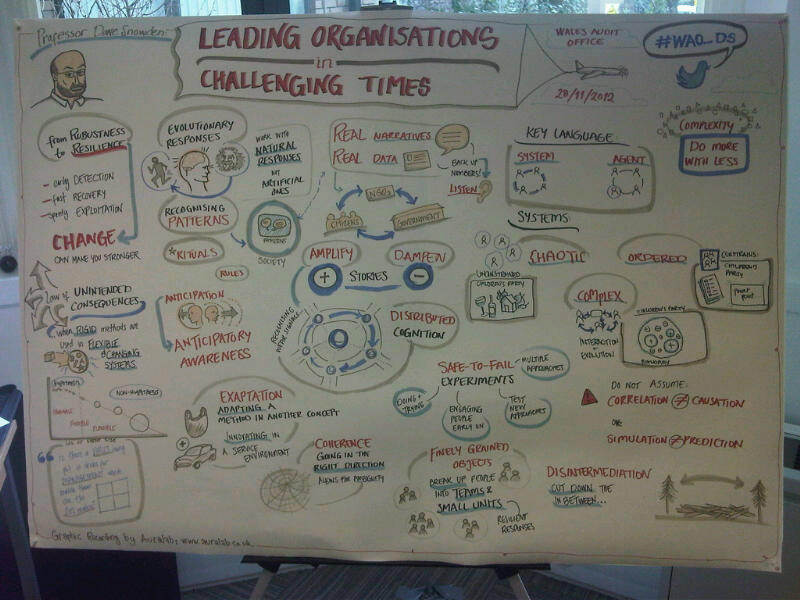 So yesterday I landed in Singapore and I'm now in the lounge ready to fly ...

I made a promise yesterday to talk more about the questions posed by the Auditor ...