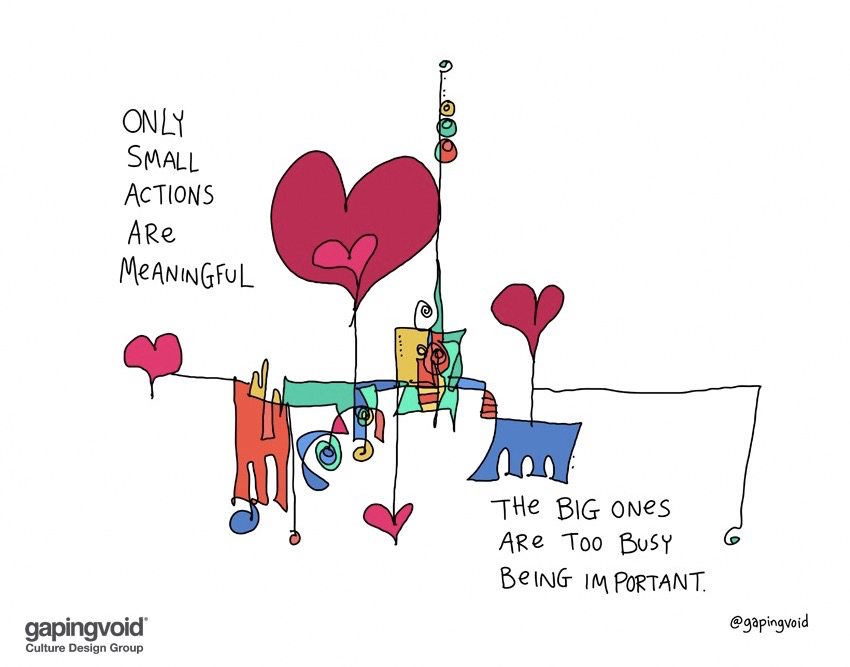 The last few days have seen one of the periodic retweeting of a three year old post I wrote with the title SAFe the Infantilisation of Management. This in turn generated a more extensive debate on LinkedIn which saw a few SAFe trainers and coaches defend their position. I probably stoked the fires a little by repeating a tweet of similar vintage namely: SAFe is to Agile what Six Sigma is to Innovation and Sharepoint is to Knowledge Management. Now for those outside of the Agile bubble, SAFe is a conglomeration of various tools and techniques that purports to scale a range of software development techniques that originate in the Agile Manifesto. Now I have various objections to SAFe, not least of which is the pyramid selling scheme that got it started but you can read all of that in the above links.

The point I want to make here is that the tendency for conglomerate is all too common. Rather than take a portfolio of contextually appropriate solutions and allow them to interact, too many people create a massive construct that will take time to implement, involves large scale change and disruption all on the promise of some realised future state. We see the same in organisational change initiatives and the like. The bigger, the more elaborate, the more time and commitment, the more attractive the initiative seems to be. Now in my experience there seem to be two motivations for this, one evil, one foolish and they can both co-exist:

I’ve been engaged in the second of these a few times early on in my career but I quickly realised it wouldn’t work. After I got into complexity theory I started to understand why. A complex systems dispositional in nature and can only be realistically managed by small interventions in the here and now which shift or evolve the system in a more desirable direction. The only thing we can predict with accuracy is that any intervention will have unintended consequences and the large the intervention (i) the more significant the unintended consequences and (ii) the more political investment in their not failing and thus a increasing reluctance to admit failure early enough to prevent disaster. In addition you can’t scale a complex system by aggregation of components; you scale by decomposition and recombination over time.

So major initiative of any nature can be rejected a priori in other that extreme situations when there is absolutely no alternative. There may be an initial hawthorn effect, there may be accidental benefits but the risk is high and the cover up prevents learning. Better to start a journey and discover possibilities en route than focus on a goal and miss both emergent opportunities and the goal itself.

There are more things in heaven and earth
Dave Snowden
I picked up a mailing from New Scientist this morning with the headline Two of the UK’s water companies are still using dowsing to find leaks and it rightly says that method is scientifically descredited.  The problem is that is works for some people and I can attest to the truth of that  from the two […]
Read More

The bicycle puncture turns out to have been symbolic of a series of irritating events ...

I’m half thinking of using the daily Gaping Void download to stimulate my posts this ...