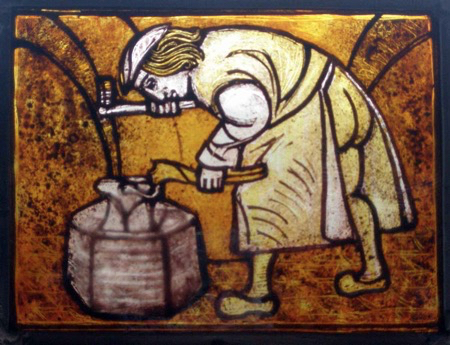 Having set the scene with a general introduction in my first one and a mild polemic in the second I want to move on in the remaining posts in this series to look at formal methods and tools before concluding. That will mean dropping down a level in understanding the knowledge in play and moving to continuous mapping of decisions before (and in some cases after) retirement. It is worth remembering that while I am focused on the ageing workforce the basic lessons imply in a range of cases where knowledge loss is immanent. By the way, yesterday’s post produced an interesting exchange on Facebook which is worth a look.

One of the first sense-making frameworks I created was ASHEN; originally as a perspective question to elicit what knowledge was in use in a particular situation. The method involved gathering narrative related to decisions, ideally through journaling, then looking at narrative clusters to ask the decision maker five questions:

The components created the mnemonic ASHEN and we still use it in knowledge mapping exercises. It has been adopted and bodied by others over the years which is always a good sign.

The sequence was important as it moved from explicit to increasingly tacit knowledge. An artefact would be a tool, or a process, a set of rules, checklists or whatever. Skills I defined as anything there you (i) knew how to train someone and (ii) you could explicitly measure that the training had worked. Heuristics or rules of thumb represent a form of distilled wisdom, simple sayings that encapsulate learning over time and allow ready transfer. As such there are a transition to experience and natural talent that cannot be codified or mandated, although the pathway to them can be. The mapping of these assets to core process together with operational and strategic need remains a key method within Cognitive Edge and is taught on day three of the Cynefin and Sense-Making course. When I first created the method it was very workshop focused but coupled with ethnographic techniques. These days we have the distributed ethnographic capability of SenseMaker® to gather the source material for the exercise and we can do ASHEN identification in situ during that capture.

Key to understanding if you have an issue with soon to retire staff is the balance between those elements. Tools and skills can have formal procedures and are not dependent on individual competences. Heuristics need refinement and distillation together with teaching narratives (that is a whole method in its own right) if they are to be used in a more formal setting. It may seem difficult or even esoteric, but it is one of the effective methods of passing on and retaining knowledge. Critically under conditions of stress it also allows predictability of colleagues actions. If they are all trained to march towards the sound of gunfire to use an example from Napoleon then it makes distributed command easier and it gives an element of predictability without the need for formal command.

So the first three elements of ASHEN can be formally managed using many of the traditional tools and techniques that have evolved in knowledge management over the years. I spent the last two days in Zurich working with one of the better cloud based content management providers (more on them in future posts as we may link with them in a formal offering or two) and the capabilities of those tools is a hygiene factor in any knowledge management programme, but it is in the main (but not exclusively) information management. But without doubt the tools available now make this a much easier task than it was the best part of two decades ago when the whole KM thing got off the grounds.

So most companies just need to add heuristics identification, refinement and diffusion to their existing capabilities and that which can be managed in a formal way is in hand. But the real pressure in respect the aged workforce is the experience and for that conventional techniques have limited activity. Natural talent has to be identified and nurtured as well. but the method is not the all too familiar competence mapping and CV scoring, we need more sophistication. So in tomorrow’s post I want to outline how SenseMaker® is used for both capture, key asset identification and then distribution and use in distributed decision support. Doing that means that this series will expand to five posts in all.

It is no coincidence that I am using images from medieval apprenticeships in this series ...

So far in this series I have been focused on knowledge in the context of ...