Part of the new training programme is a day two focus on Cynefin and the sub-domain models.   I’ve previously posted on these, but they have been in a state of evolution that will continue for a bit.   As is Cynefin itself although that is fairly stable now.  Today in Melbourne I taught them all and finally sorted out a problem with the axes on the complicated one and completed (after the training itself) the shift of all of them away from ambiguous circles to a more structured use of the three by three.   The complex domain model has already been through that process and was published here and here; although the form there related to Agile and Scrum as a part of Agile rather than the generic version.  For the moment in three posts I am going to update the other three (and I am still debating if there is one for disorder.

I’ll blog next week on some of the reasons for creating a more familiar form (the three by three) at this stage; its all a part of understanding life cycle management.  However for the moment the essence of a domain model (although there are variations) is as follows:

In general they are designed to be a cooks handbook, not a recipe.  A if you are do something to achieve this effect type of instruction or reminder.  Obviously there are links to SenseMaker® as a mapping and monitoring tool but I will talk more about those in the future.

Now the previous complicated domain model was a bit messy and I was not happy with the axes but I had a flash of insight during the training course today and produced the new version shown above.  The two axes are:

So the ideal transition then goes through three stages:

We then get two extremes positions with appropriate management actions:

So that’s it for now, more to do and I already thought of some changes writing this post.  But evolution requires some stability so I throw it open for comment/use. 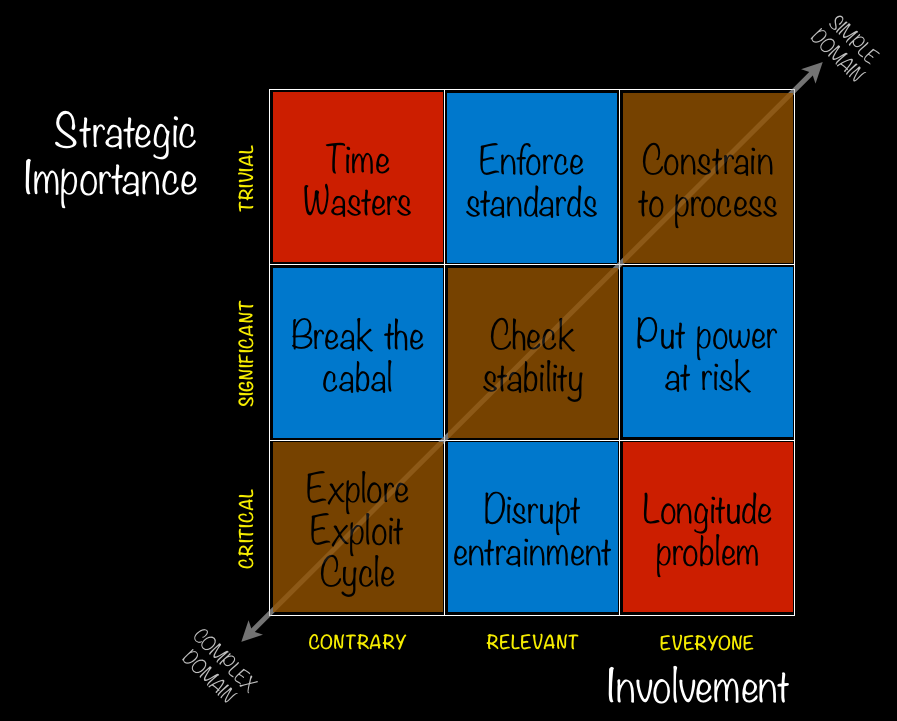 I often get asked about the two transitionary domains in Cynefin and its not in ...

So moving on from yesterday we come to the Simple Domain.  I normally present this ...