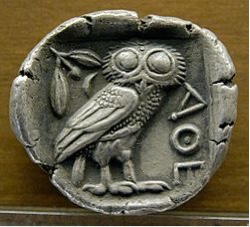 A rather eclectic series of thoughts make up this post. I spent an hour or so on the phone this morning with Annabelle Mark going through the reviewers comments on a book chapter we are co-authoring. An important one, as it covers Cynefin and SenseMaker™ in the context of health, and will be part of a standard text book. Both of us were frustrated with one reviewer who seemed incapable of understanding that knowledge can reside within a profession through the process of acquisition. In Andy Clark’s language it is the scaffolding that humans construct as part their overall cognitive capability. In a Cartesian model of consciousness all knowledge and decision making is located in the brain. A view which has given rise to multiple issues over the years. Aside from unnecessary doubts over free will we that the nonsense of the singularity and various assumptions about knowledge transfer between humans that are deeply flawed.

I was a expert witness some years ago on the question of retaining The Knowledge in the face of a threat of licensed use of sat navs as an alternative to a two plus years training process which includes socialisation into a profession. I finally gained traction when I pointed out that said process was an integral part of the acquisition of a moral/ethical position which has a significant impact on passenger safety. Within the medical profession many capabilities arise from similar socialisation processes; linked to manual and intellectual training over extended periods of time. Time and physicality are important here. OK you don’t have to go as far as Odin who sacrificed his eye and hung for nine days from the world tree Yggdrasil in order to gain the wisdom, but there is a cost to the aquistion of knowledge. That one came to mind as all followers of Neil Gaimen will know Shadow replicates that sacrifice in American Gods, soon to be a mini-series. Neither do we, with Hegel have to assume that knowledge is always retrospective. The owl of Minerva may well take flight when the shades of night are gathering, but it can fly at other times; knowledge is (while we are onto German Philosophers) a matter of both Being and Becoming.

So let’s try and remember that much valuable human knowledge arises from collective experience and is held as such. The individual response is less important in the scheme of things that the collective experience, training, rituals and practices that have evolved over time

I just came off a conversation with our lawyer about contractual arrangements for the new ...

The headline of this post comes from Søren Kierkegaard’s famous quote “Life can only be ...