The myopia of metrics 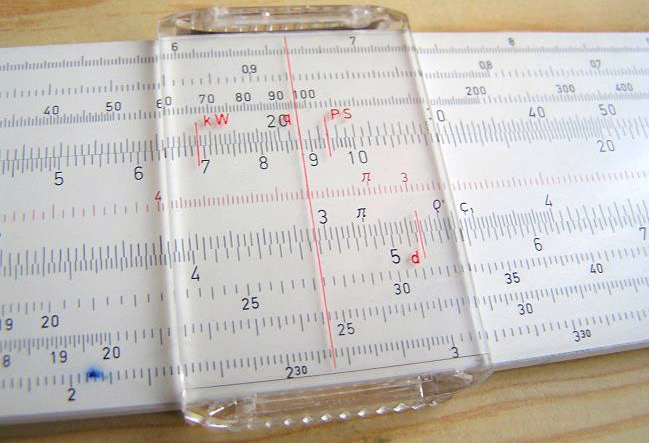 I still have affectionate memories of my slide rule. We learnt how to use them around the age of 14 and while they took away the mechanical aspects of computation you still had to have a sense of scale – the power of ten you had to work out in your head to get the right answer. By the time I got to the sixth form we were starting to use calculators which were cool – I had one of the early solar powered ones – but an input error produced an often detected output error which could be significant. In a sense the slide rule augmented intelligence, the calculator sought to replace it. You also developed a sixth sense as to whether the result of a computation looked right or not. I watched the film Hidden Figures for a third time (yes it is that good) on one of my various weekend flights and the power of the humans in that to see error and opportunity is something that may have been lost with the sheer autistic power of early computers.

Now this is not a new topic, anyone with the most basic understanding of complexity will know the issues with measurement. In an earlier post on The Banality of Measurement I outlined some basic thinking along with links to Goodhart’s law and the evidence that explicit rewards discourage intrinsic motivation. I’m not going to repeat material from that post which was focused on targets, but I do want to extend it a bit to measurement. Even if people are not targeted they are frequently measured, and measurement has consequence. To be clear there is nothing wrong with measurement per se, but there are massive problems when the measure becomes the main point from which judgement is exercised. For example if I’m a source of expertise or am adept at complex problem solving colleagues will ask me to undertake or help them with tasks that require some thought for wider implications. As a result I may be slower at task completion. My assists (to use a term from soccer) may impact negatively on my task completion even if they make it possible for others in the team to achieve more. In general measurement based management tends to reward those who game the system rather than those who get on with the job. Measure me on task completion and I will create lots of tasks that I can tick off, and its not in my interests to help others. Its also bad for managers as a proficient political player will drown them in the very thing they ask for.

In small teams non-performers are visible to colleagues and I’ve always favoured (if measurement is necessary) team targets. Overall in small groups guilt at letting down colleagues is a better motivation that alerts that ones completion rates have fallen. Triage decisions often prevent well meaning intentions from being completed. I still remember in IBM days being told that putting a client need for an operational system before a VP’s request for information was a near mortal sin. I didn’t accept that then (and refused the get out of a confession) and with age and experience I am even less likely to. Transparency within small trusted teams engenders action, transparency within management structures the opposite. Aside from gaming behaviour it also stifles contextual judgement.

My general advice to leaders is to get involved, show interest, help people out. When you do that guilt is a powerful tool. Focus on the metrics and your vision is limited. Like the slide rule you need to have a sense of scale, of context. In a complex system we are concerned with dispositions not causality. So we need something that visualises the performance of a team in terms of its internal and external relationships. That map should be for the team in the first place to examine and action any correction. If the manager needs to get involved then the map should only indicate where to look, so they have to have conversations before they get to any individual performance. Building a picture up from the individual is ethically wrong, but it also demonstrates an ignorance of the nature of a complex system.

The picture of the slide rule is published under the terms of a GNU General Public License. The header picture is free from use from the Pexels web site and its dark and sinister nature is intentional.

The tyranny of the explicit

One of the phrases I coined many moons ago is that of ‘necessary ambiguity’; or, ...

The dance of the Librarians

If I look back at the highlights of my various speaking engagements over the years ...