The physicality of thought 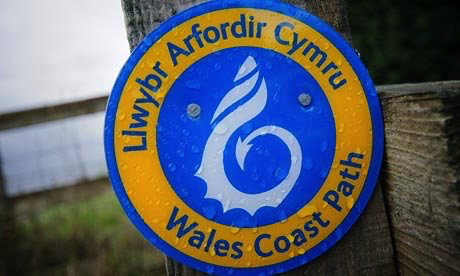 For the last nine days I’ve been following this sign around the coast from St Dogmaels to Criccieth. The full sweep of Cardigan Bay complete and my overall three year plan now over 60% complete. 140 official miles in all, but more than that in practice (although I haven’t worked it out yet). In general it was a delight aside from one bleak day with too much road walking. Mind you even that had its high points and nothing like as bad as the sections around Port Talbot and through Swansea where I did thirty miles in one day just to get it over with. From here I need to schedule three/four days urgently to make Bardsey Island before the trips close down at the end of the summer season. Then it is a winter walk around Anglesea and the North Wales Coast to Chester, followed by a quick trot up the River Dee and around Llyn Tegid. That I need to complete to allow the symmetry of three final mountain days to finish on St David’s Day 2017. Those three are: (i) over the ridge of Aran Fawddwy to Dinas Mawddwy via Glasgow; (ii) Maesglase, Cribin Fach and Waun-oer; (iii) the full east-west traverse of tempest torn Cadair Idris to the coast at Llyngwril (which I passed through last week). So a full trip around Wales and back through the Centre and I think I will be the first to do that.

Now I went on this walk at short notice, in effect I seized the day and shifted one meeting to allow the final section. When I left I was very frustrated over a range of business issues. Also the bad fall on Tryfan and subsequent shock of discovering that I am bone-on-bone with both knee caps had knocked me back a bit. The later may require an operation at some stage but I am holding out for stem-cell replacement which is now available and under investigation. My the end of the nine days I had rebuilt muscle that rehab can never restore and the pain the knees had largely gone. There is also a healing process in the rhythm of walking over many days, a series of habits and rituals that create a sense of order in life. I carry a small notebook with me to make notes as I go, and I worked most evenings and early mornings. All in all a lot of the new offerings we are putting together for SenseMaker® came together over those nine days; something that would not have worked sitting at the desk at home. You’ll see some of that in blog posts shortly.

I also sorted out what to do with the notes I have for all of the forty three days complete, the Anna Purna walk and others, especially by 60th Birthday week rediscovering Snowdonia. Aside from putting them up as posts (back filling some 100 posts over the next month or so) I also realised that my original intention to publish a book on the round and through element was not really enough. What I have been doing is to walk through diabetes, so I think that will be the book and it will include more material and be of more value. More on that in the future, but for now, its back to work-work as opposed to walk-think-work. I for one need the physicality of walking, of engagement over long periods to really think properly. Pilgrimage has more than a religious purpose, it is about meaning making.

We are being rather inundated by memories of England winning the 1966 World Cup with ...