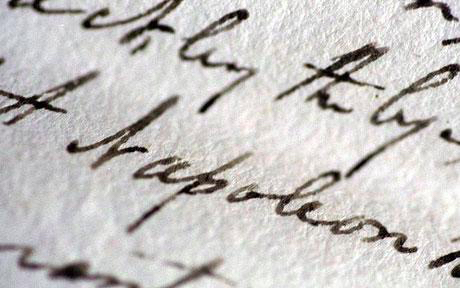 Once upon a time, a long time ago, I had a general management position and performed the leadership dance. Some of that was playing the corporate game. That included various forms of ritual humiliation; the worse of which was playing Sonny to June’s Cher (I was in a wig) singing I got you Babe. That was bing one of the more embracing episodes for which I have, but will not publish, the picture. The main motivational activity was to take people away twice a year for a couple of days to stay in holiday cottages with an adjacent pub. On the weekend before we did something together that just broke the ice and got people talking. Walking in Yorkshire, Canoes down the wye and horse riding on Dartmoor being the most notable. Nobody had to take part and pub finding alternatives were available for those less happy with the physical activity involved.

Only once did I let someone facilitate the process and we ended up having to walk across a raft of canoes in a trust gesture. The facilitator ended up in the water which had a sense of justice about it and I didn’t repeat the exercise. That was the weekend, then we spent two days just talking about what had happened in the last six months and what we needed to do differently (or the same) in the future. That was facilitated but it was process based rather than psychological in nature. Because the events were always held in holiday cottages I cooked a full English Breakfast each morning (and washed up) which was the nearest I ever came to servant leadership. Other meals were held in the adjacent pub.

It worked well, too well at the end, and I was forced to stop the events as (I was told but not allowed to validate) that my events were creating problems for other business units. One of those was that we generally had internal applicants for any position which seemed to me to be someone else’s problem not mine. We had our good and bad years, getting close to being closed a couple of times. But we were also the most profitable business unit in the company for three years running and the business survived a major recession without redundancies. It was still viable when I left it for a strategy role after seven years. One of the things I learnt from that period was that being successful in conventional ways is acceptable, but being successful in unconventional or unexpected ways is not.

One thing I never did was issue an annual letter exhorting my staff to better things. If I had written such a letter I hope it would not have been the collection of anodyne platitudes reported by Lucy Kellaway in the FT yesterday; one of the best columnists on management affairs currently writing by the way. The new year letter from the chief executive of Deloitte Global contains the phrase “So no matter where you practise, you have the same exceptional skills as your peers.” I’ll let you read Lucy’s criticism for yourself as she is more erudite on the subject than I can hope to me. I’ve issued a couple of letters in my time in Cognitive Edge but I hope they have been factual and honest. However this sort of thing is not my forte which is why I keep doing my best to get out of managing, a shift that becomes more important as I get older and want to spend my time in discovery not direction.

But all of this “guff” seems to be part and parcel of an organisation with high levels of mediated that isolate the leader. That and ends up in some place in which this sort of language and the ‘thinking’ it implies becomes the norm. I’m building here on my recent post about the dangers of failing to address disintermediation in organisational design. This type of letter is a symptom of the disease of disconnection which in turn becomes the cause of a progressive disease or disablement which is dangerous to the organisation and the individuals involved.

PS: the illustration is extracted from a letter from Napoleon to Josephine, I chose that deliberately

A frustrating day as I didn’t hit my writing target for last night so had ...

The last two days have been spent in Shipley in Heaton Mount which is a ...