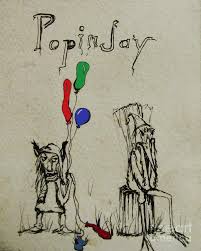 3: The old ways are evil, I bear the torch of truth and enlightenment

I remember a publisher explaining three strategies for publishing a business book.   One option was the specialist academic book likely to sell to libraries or specialists and published in low volume at high price.  The second type would be priced at a more reasonable rate for the hard back version which would be held for a bit before the paperback version.  Finally we get the short term best seller;  light on content high on popularity.  Here they would be stacked in bookshops for a short period but a significant percentage was likely to be pulped.  Their preference was for the second; such books produce long term revenue as interest builds over several editions. The first and the last they know how to make money from them.

The third type in my experience gives rise the problem implied by the heading.  Stack them high and sell them cheap is all about saying something that no one can really disagree with but can feel good about .  Making the past into something tainted that has to be rejected in favour of the new vision offered by the author.  The fact that these books come out constantly and the characteristics advocated simply rephrase ideas that have been around for ever does not seem to raise questions.  I’ve seen the idea that customers should come before profits advocated in text books from each decade in which I have been alive so the idea that his is somehow or other novel, new or radical is absurd.  An early warning of this type of book is anything with a number as suffix or the addition of phrases like lean which have largely lost value and certainly lost all of their original meaning.

These books are based on the proposition is that the old evil ways should now be abandoned and adoption of the new approach will lead to a future full of milk and honey, although a more honest approach would offer bread and circuses.   In order to make all of this work in a world where sales demand cases anyone deemed to be a good leader has to have their history twisted to match the theory.   If challenged the author will often claim they are only referencing certain aspects of the case.  This is total hypocrisy, selecting empirical data that matches your theory lacks integrity to say the least.

On the face of it this may seem similar to yesterday’s sin but it lacks the discipline.   Here publicly available cases are simply co-opted to fit a proposition.  It’s not confined to books either.   I’ve seen consultants who tweet or blog publicly available material and use it to indirectly endorse their own capability despite their being no linkage.   The form of the argument is I offer services in X, here is a case in which X has been used, therefore buy me.  Jam tomorrow, based on the adoption of a simplistic set of characteristics that no one can disagree with may be comfortable, but it lacks the challenge, the grit needed to make real change.  It also too often involves rejecting what is valuable in the present and the past.  It is the same proposition as the hedge preacher with much of the same intent.

Just to be clear, condemning past past or future practice based on evidence or theory is valid, so is offering a new way of thinking.  The objection is to creating a dichotomy between the two and being highly selective in picking cases (without doing other than book or internet searches) to support a simplistic proposition.

2: Confusing correlation with causation and the paucity of good data This seems to have ...

4: Anything requiring you to attain levels of enlightenment I'm never sure if I dislike pseudo-science ...