The serpent and the blog: ring composition 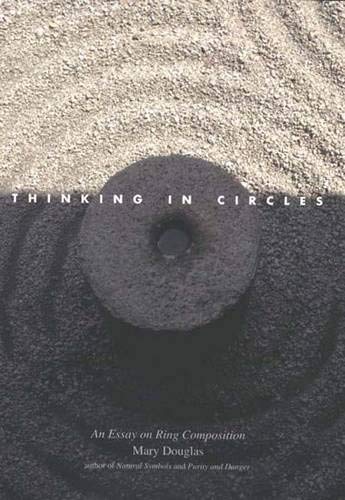 I am reading Mary Douglas’s excellent little book Thinking in Circles. To my mind she is of the most original and interesting anthropologists of all time. Her books are classics, but on this occasion she has stepped out of her domain of expertise to deal with a particular form of story. She apologies for her lack of expertise, but this is false modesty. She has brought new insight to a neglected field of study, and one that is relevant to the blogosphere: here I am picking up on my earlier Tribal Mind post. If you don’t enjoy the analysis that follows go straight to the quote and final two paragraphs.

So what is a ring story? Well it a technique which places the meaning of a story in the middle, not at the end. In effect the series of sentences building to the middle point are matched by the sentences that follow. The form is like this:
A B C D {E} D* C* B* A*
Sentence A at the start has its match in A* at the end and so on. I have scanned and pasted her analysis of the Adam and Eve story which shows how the ring form. The effect is to emphasize the role of the serpent, rather than the expulsion from Eden. She also looks at the story of Abraham and Isaac to show that it is a story of Abraham’s trust that God would provide an alternative, not of his willingness to sacrifice his son. She goes on to the Illiad and Tristram Shandy amongst others. Very readable, insightful and I think useful in an organisational setting.

The from of the ring cycle is difficult to create, although I am working on a workshop method as I think it could be a valuable way of gaining perspective shift over the conventional beginning, middle and end which are are used all the time. Douglas asks why such a high literary form would emerge in relatively simple societies. Something which is not unusual, she references how a man aspiring to leadership among the Somali can only win support if he has mastered a fiendishly difficult poetic form.

Douglas speculates on why such forms have emerged; to quote:

Written words are not supported by body language, voice, and physical context. They lack that foundation. This is where poetry can help: a show of literary authority may be as good as a show of independence or valor. This would be one of the advantages of a high-style literary form in societies with simple technology and weak co-ordination. All communities need to have shared meanings. A set of literary conventions (the more complex the better) is necessary for the itinerant teacher or holy man

Now it occurred to me that as the blogosphere grows it will need to generate genres and forms that allow us to see patterns of meaning and authority. I wonder if it has already started to happen? Guides to good blogging practice are being published, but is also possible to discern distinct styles or forms. I also wonder if the discussion thread of one line communication is a partial ring form? It builds to a climax, and then tails off with repetition. Maybe we should start to experiment with distinct types of genre (well beyond tagging this) to set expectations of our readers as to the type of story they are going to hear? That is of course what genre does; we like to know if we are in a comedy or a tragedy …..

After all what is the blogosphere but simple technology and weak co-ordination? Maybe in this new society we are creating we can learn from older forms. Maybe we are the nomads and hunter-gathers of cyberspace. Who are the high priests of the blogosphere? Have they already created their own form of story which signifies their authority? Is the Cluetrain manifesto written on tablets of silicon? Will the walls of Jericho (the corporate firewall) come tumbling down?

I have been interviewed by a lot of journalists over the years and realise that, ...

Electronic rats & the need for Love

I don't know if I should be amused, disturbed or distressed by this article in ...