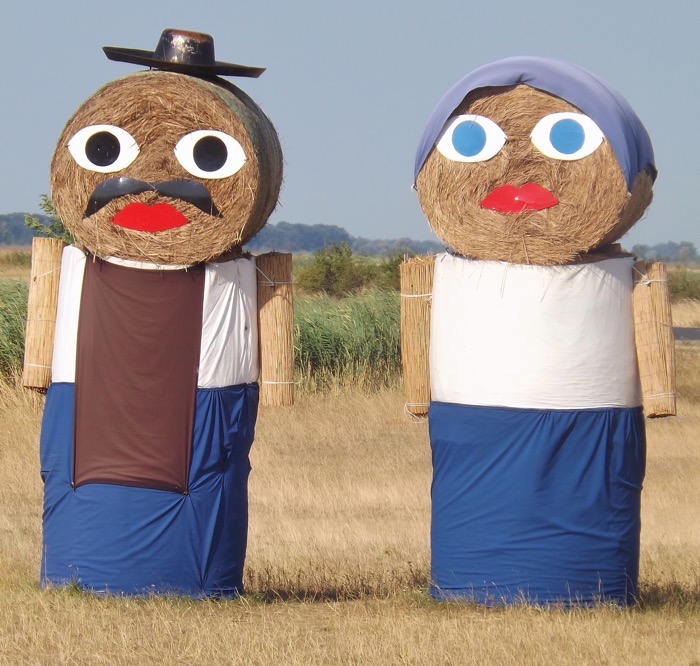 One of the things that most irritates me on social media is the complete ignorance people seem to have of the Straw-man fallacy in logic.  For those not familiar with this perversion of reason it involves describing your opponent’s position in such a way as to demolish, not his or her actual position, but the straw-man you have created through distortion.  The accusation is at the heart of Eagleton’s devastating criticism of Dawkins.  G K Van Patter also swept up some of the current proselytizing of Agile before, ironically promoting a somewhat linear approach to navigating complexity.  I bought his book and while it looks very pretty I’m not sure it is as revolutionary as it claims.  There is further irony in that he quotes Denning out of context to create a straw-man.   Nice graphics,  little gravitas would be a good summary of said book.

Now the other way this problem manifests is in a two-column table.  On the left are written all the characteristics of what has come before, suitably phrased to make it clear that such things are evil.  On the right is the brave new world of the new way to gain truth, enlightenment, and redemption from sin.   I blame the perfidious influence of Billy Graham for much of the modern promotion of management approaches.  Confession of sin, moving to the mercy seat and whole scale, and unthinking adoption of the new is expressed very much in the language of conversion.  Not only that but the characteristics of the new faith are very similar to the point where I almost expect to find elements of the Rapture awaiting those who fully and truly adopt the new faith.

I generally tend to call these out when I find them on social media.  Pointing out that the stuff on the left has generally worked for some time and in context is still valid.  The stuff on the right is interesting, but generally not yet proven, and in effect is idealism not yet tempered by pragmatism.  If I am feeling especially wicked I create a three-column table and use the third column to indicate an even more radical alternative to that being proposed.

The reality is that most of the time we have just reached the limits of what the old way of thinking can achieve and we need to bound its applicability and start experimenting with new methods and tools on the other side of the boundary.  Both/and is generally a better proposition than either-or.  Quantum Mechanics did not make Newtonian Physics wrong, it placed its applicability within boundaries.   Process Re-engineering is not wrong, but it is only valid in the ordered domain of Cynefin, in the world of complexity we need to do something different.  In software development, there is nothing wrong with Waterfall type methods for large infrastructure projects, but when we are dealing with high levels of uncertainty we need to take a different approach and Agile maybe that approach.

Starting to justify your new approach by showing how it is different from past practice is one thing, demonising the past is, with the odd exception, a really bad idea.  Sooner or later you will be in the left-hand column of one of those tables.  Think more of a spectrum with some phase shift boundaries and we might all benefit from the results.

Opening straw people  by Uta Scholl on Unsplash, Spectrum used in the banner picture by Sharon McCutcheon from Pexels

The first Cynefin artist in residence

This fall I had the pleasure of being a member of the faculty for a ...

Many years ago now, at the end of the Knowledge Wars in IBM, I ended ...