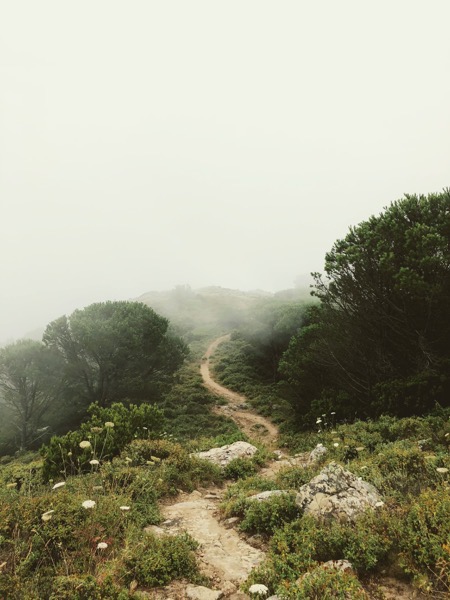 So it’s early morning here in Dallas and I’m still in part on UK time.  After a one-day delay due to flight cancellation daughter and I finally arrived in Terminal A in the early evening, but her bag went to Terminal C and mine to Terminal D, but at least they arrived!  The level of uncertainty didn’t reach stress levels and an evening out with friends was a good, if delayed start, to the weekend.   I’ve always enjoyed these early mornings in the US as its a quiet time to write, read or clear an email backlog before the pressures of the day start to hit.

This morning I came across a Medium post by Jason Yip on decision-making that acted as the stimulus for this post.  It’s a short read so I don’t plan to summarise what he says other than to say he looks at quality, speed and buy-in related to three types of decision making namely unilateral authority, consensus and consent.  There is some reference to context there with a distinction between decisions that are easy to reverse and those which are not.  And there is some reference to process when he introduces the value of debate.  The other reason this got my attention is that I am speaking at a European Union conference next week which is looking at foresight in the context of the current war in Ukraine, Global warming and the Energy Crisis; all existential questions for the species at a level of threat we have never faced before.

The other context here is that the last week in Washington DC I’ve been speaking and running workshops at KM World, an event at which I have been keynoting every year for over two decades.  My daughter was with me to man our booth in the exhibition hall before moving on to Phoenix on Tuesday to present a paper on her work for us as a medical anthropologist at an academic conference on systems and health.  I was one of the best events for the value of conversations and future business I’ve been at and I was reminded that I got into the field of KM way back in the latter part of the 20th Century when I was designing and building decision support systems for the like of Guinness PLC and Union International, which was the subject of my thesis way back then.

Reflecting on this  I realised that my focus has generally been over the years on how you support decision-makers, either through better provision of information (my early days) or through the ability to see things from different perspectives and in different contexts in my work in IBM and then Cognitive Edge, now The Cynefin Co.  The essence of all that work is that context matters and matters more than how we make decisions. So my instinct is to reject the three-by-three matrix in the article, or rather to say that the various green and red arrows will have different directions, different intensities and different colours based on context.

So in this post, I want to look at the questions of context and perspective, and in doing so will pick up on my KM World Keynote where I gave an overview of the three major frameworks within the Cynefin eco-system.  I want to start with the photographs I selected for this post and some reflections on decision-making in fountaining walking.  Anyone who walks will recognise the banner picture – cloud sweeping in to disguise the landscape.  I reported, back in April the completion of my Wainwright challenge, namely to climb all 214 peaks referenced in Wainwright’s Guides in forty days.  The final day was the Fairfield Horseshoe, with a side diversion to Stone Arthur taking an anti-clockwise route.  The major peak, as the name implies is Fairfield and I was lucky, the day was clear the overall pattern of the fells was clear and there were no issues with navigation.   I’ve also been up there in thick mist where it is only too easy to lose your way and end up on the wrong ridge descending to the wrong valley.  Compass and Map are necessary backups to the GPS and experience creates the necessary calm to make decisions rationally and not panic.  I’ve also been up there when the wind was strong enough to pick me up and deposit me on the ground five minutes away and when driving rain/sleet/hail made walking difficult approaching impossible but one just had to get through it.  The same journey, but the context changes the task from something that could (but should not) be done in trainers and a T-Shirt with no equipment to one that requires not only full winter equipment but the knowledge and experience to survive.

All walkers will also recognise the picture of a pathway through rough territory,  Coming across a path is always a delight, you know that other people have passed that way before and it allows you to stride out using the physical manifestation of those shared journeys to reduce the number of decisions you actually have to make, and as critically the attention you need to pay to the situation.  In the Black Mountains of South Wales even when there are no paths marked out by the passage of human feet there are paths created by the wild ponies and the sheep that make life easier.  There are of course dangers as well if you don’t have the wider context.  The wonderful ridge walk between the two dominant peaks of the Carneddau, namely Llywelyn and Dafydd in North Wales, has to the north the climber’s paradise of Ysgolion Duon (the Black Ladders) and many a path has been made by climbers after they have ascended the vertical cliffs.  Follow one of those paths from the walker’s route and you could easily end up taking a short, fast and terminal route down.  The existence of a path in itself does not security provide.

The overall point being made here is that you need a wider perspective to understand the context and consequence of any decision before we focus on the nature or manner by which said decisions are made.  That is where various methods and tools come into play to help map the situation and create situational awareness as a first step.  Because humans find it difficult or impossible to assess a situation objectively as we generally have already made a decision and are seeking corroboration this requires some active effort to slow things down a little.  Again something that every mountain walker will recognise as a need, don’t just dash on, hunker down get out the GPS or map, make some contingent decisions and then proceed.

Because of that need, we developed the whole idea of constraint mapping.  First, focus on what are the constraints in play and then determine which you want to change and monitor for the consequent emergence of a clearer pathway you can take.  That in turn has now morphed into Estuarine Mapping which focuses on the energy gradients and counterfactuals that tell you what domains you can actually play in, regardless of where you would like to be.  With the state of my knees (no cartilage under the kneecaps) routes that were available to me in my youth is no longer possible and I need to be realistic.  Within that framework, or standalone timing is everything.  Walks that are possible in summer are barely passable in winter and so on.  The Flexuous Curves framework, building on market life cycle theory with complexity added on for good measure focuses on when you can do things.  Trying to break a dominant pattern in its growth phase is impossible, once it starts to fail or becomes commoditised, then the opportunity can present itself.  Then of course there is Cynefin which starts with the nature of the system you are in, or more importantly the nature of the transition you want to achieve, and which then determines the type of decision you can make.

Issues of authority, consultant, consent and debate are all secondary to context; more on those tomorrow.

I promised an update to my earlier post outlining a provisional seven-step process for Estuarine Mapping. ...