2012 was one of those years that I will remember for some time.  Not least for avoiding the Mayan apocalypse and the prophesied return of the green feathered serpent god Quetzalcoatl to restore peace and harmony.  Having been a subcontractor to someone who took the idea seriously back in the early days of Cognitive Edge, being proved right has a certain piquancy.  I ordered the limited edition T-Shirt from Gaping Void by way of celebration – before the due date as an act of fait.

Cults and the non arrival of cataclysmic events aside, the year has been a good one at a personal level other than the odd sacrifice or two of which more in my memoirs at some far future date.  Special memories are my daughter Eleanor graduating in Anthropology and in particular the hug I got when the degree was awarded; I had been a part of that journey!  Eleanor also got accepted onto an MA and I've just spent two days on a father-daughter short break in Warsaw which was fascinating; expect a post this week.  My son did well enough at the end of his second year  of undergraduate chemistry to go onto the four year MSc programme rather than the three year BSc.  But on the downside, they have to work hard in Chemistry so I have seen less of him at Rugby matches than in previous years.

My own resolve to walk every weekend produced results both in fitness and in some fresh thinking (of which more later).  OK there was the odd moment when endurance was more dominant than enjoyment but its been very good.  The Ridgeway and the Cotswolds long distance paths are complete, the South Downs way approaching the final four legs and the Thames path simply waiting the retreat of the flood waters before Peter, Julia and I make the Maidenhead to Thames Barrier section.  If that wasn't enough I have started the far more daunting South West Coastal path before my 60@60 Round Wales walk in 2014.  I'll be on the South Downs Way today, more on that tomorrow.

For Cognitive Edge as a company it has, shall we say been interesting, with three key members of staff leaving resulting in a need to rebuild both our Development Team and the order pipeline.   I'm pleased to say that not only did we deliver more new software in 2012 than in the previous four years, but we also secured our largest ever order towards the end of the year.   As I write we are moving into a series of key partnerships, including one joint venture, which will allow us to scale faster and, critically, build on the high level of specialist skill in our network.

There is a lot to do this coming year, so I thought I would summarise some of the key things that will be occupying me over 2013.  Some of this is still under discussion so expect a series of announcements over the next couple of months which will flesh out details.  One of the reasons for publishing this is that we are a network, so we are looking from ideas from all members of said network to the future.  I've kept the more academic things for the end by the way. 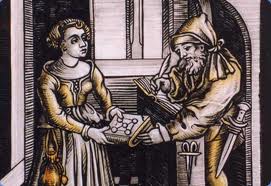 Now those are all business developments but we have also made a good start in extending and developing the conceptual underpinnings of the whole Cognitive Edge approach.  I was engaged in a flurry of activity around this in the last quarter and published early on the blog; something I will continue.   Others are also engaged in this and academic citations and examples are on the increase.

Of course this development is not just academic, it has a lot of practical impact. And not just at an organisational level, but also a personal one.  One of the most moving emails I got during the year was about personal use and its one of several.  So I don't buy the academic/non-academic split but have made it in deference to a colleague albeit with some HTML humour by way of ironic comment.

So at the moment, and more specifically we have:

I'll be using this blog to explore those ideas in their early form, and earlier than I have done historically.  I found with the domain models that this helped as it increased the number of questions and ideas that came in both in comments and far more in emails.  The more the merrier!

Other than that I will probably not wean myself away from Wikipedia, not least because constant vigilance is needed on several pseudo-science articles, in particular the NLP one.   I got a barn star for my contributions on that recently which pleased me.  The other reason to be honest is that Wikipedia is a lot more fun that list serves and as my son Huw pointed out is a type of adult game, albeit (this is me not Huw) with serious purpose.

I'll be in Australia for at least part of the Lions Tour and will maintain my loyal support of Cardiff Blues over what is a painful rebuilding period (or at least that is what I keep telling myself, but we did win our last game). &nbnbspI am praying that Wales repeat their form of the last Six Nations rather than the Autumn Series.

My other resolution that I hope to keep, is to get back to higher reading volumes even if that means some emails go unanswered.  I end 2012 with over 500 in that category so that may be a difficult resolution to maintain but I am going to do my best.  Its up there with the walking resolution, all about staying alive really!

So 2013 is going to be a very full year for Cognitive Edge.  Hopefully it will also be for our developing network and my best wishes to all during these difficult times.

Its time to bring this Christmas blog sequence to an end as the year draws ...

Last year I decided I had reached an end, for the moment, of New Year ...