People playing key roles in organizations and communities are important, but not for what they do for themselves!  They are important for how they weave the network — what they do for the whole community.  From our 25+ years of network consulting with medium to large communities and organizations we have never seen a successful entity run by a few highly central actors.  The opposite is also true — we have never seen a successful entity of any size that has perfectly distributed centrality — everyone has the same or just about the same number of connections. Connections in human networks are unevenly distributed, but the distribution is not extreme like in a man-made network with a handful of hubs and many, many spokes. A hub-and-spoke network is great design if what flows in the network is distributed by clear rules of law and/or physics, like electricity. Human affairs, involving agency of each connected node, are not easily handled by simple networks. We live in complex interconnected clustered networks (a.k.a. small-world networks in core-peripehry structures) where common physics fails to work.  Self organization and emergence matter more than simple rules and methods.

If not the influencers and hubs in the network, then who and what matters in our human networks?  It is not those that stick out, but those that help us stick together — they are the key roles in our self-organizing networks!

Let’s look at an emergent network from one of our clients.  It is made up of 4 groups.  These groups could be departments, projects, product teams, task forces, etc.  In this situation they were various project teams working on products and services for a common customer.  In Figure 1, we see the four project teams — each with it’s own color.  The nodes are employees, and the links show who regularly works with whom on a variety of tasks. 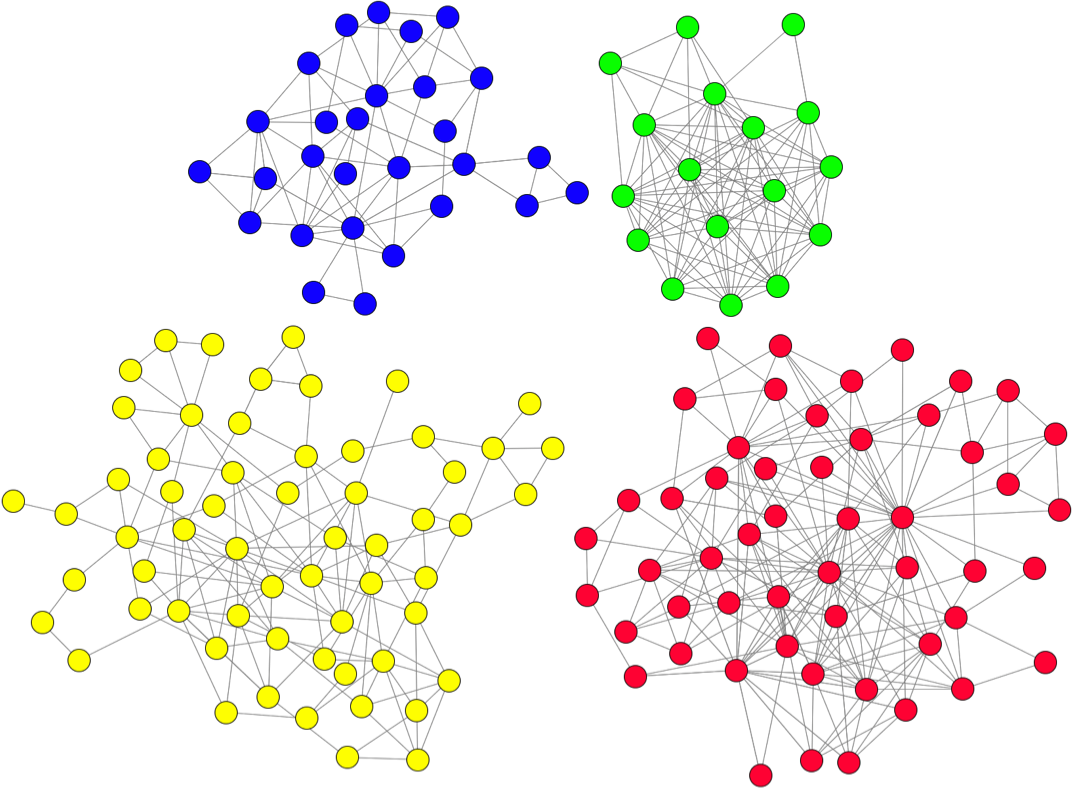 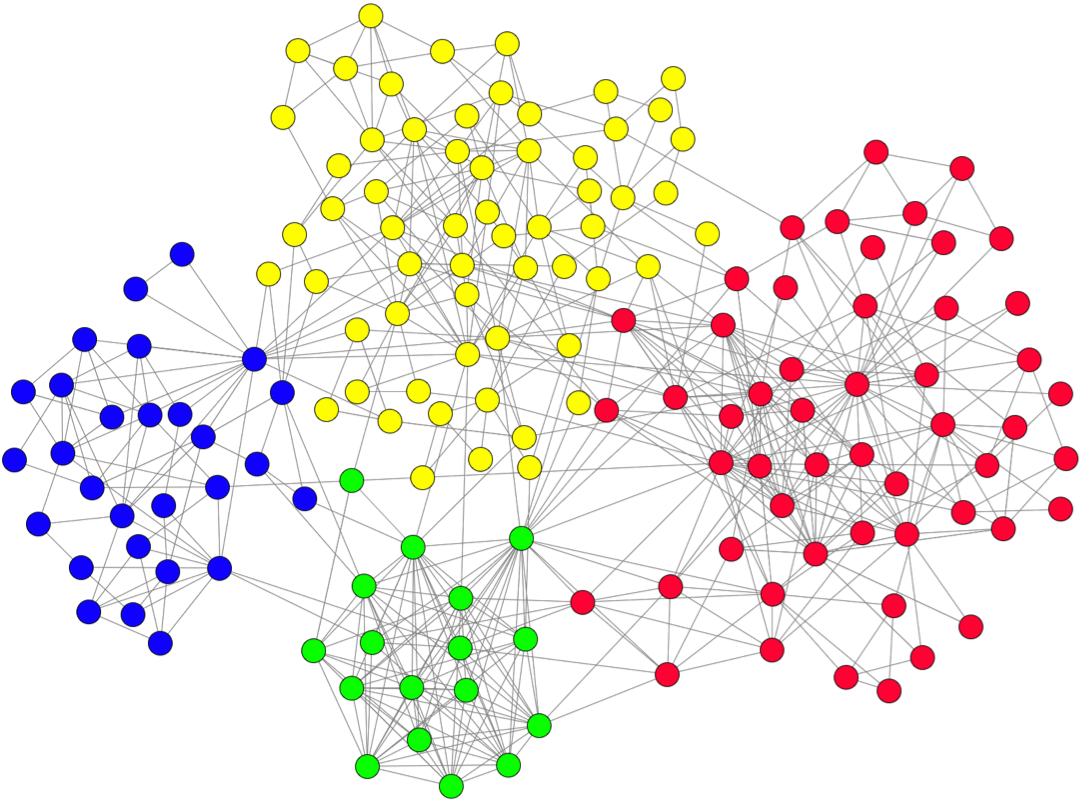 The people connecting the teams are seen as boundary-spanners — bridging one team with another.  The key boundary spanners are shown as larger nodes in Figure 3 below.  The boundary spanners bridge their team with the other teams by having sufficient connections with their own group and with the other groups.  It is through these connections that knowledge, experience, news, and know-how can travel when needed or when requested.

Instead of focusing on a few individuals, maybe we focus on the patterns of relationships, flows, and interactions in our complex human systems? What does emergence tell us? It is not the centrality of a few that matters, it is the weaving of many that is key to a successful community or organization!

To discuss this case further, and other topics on networks and complexity, please join us for the upcoming Exploratory from Feb 10, 2021 through March 10, 2021 with weekly sessions.

This is not the second part of the re-wilding post, but a building block towards it. ...