It dawned bright and crisp in Minffordd yesterday and I was sorely tempted to give up on the drive to Cardiff in time for the Irish Match (which with the benefit of hindsight would have been a good thing) and head up Cader Idris.  The Minnffordd track was the last walk I did with my parents, a year (I think) before my father's stroke made such expotitions possible.  Its not a mispelling of expedition by the way, educated readers will understand.  That was a summers day and when we reached the top I carried on along the glorious ridge walk down to Dolgellau while they returned to the car and met me in the riverside park later.  Cader Idris, tempest torn, is one of the most interesting walks in Snowdonia, every bit as challenging as some of the more famous ones and, despite Dylan Thomas, it frequently has better weather than its northern cousins. 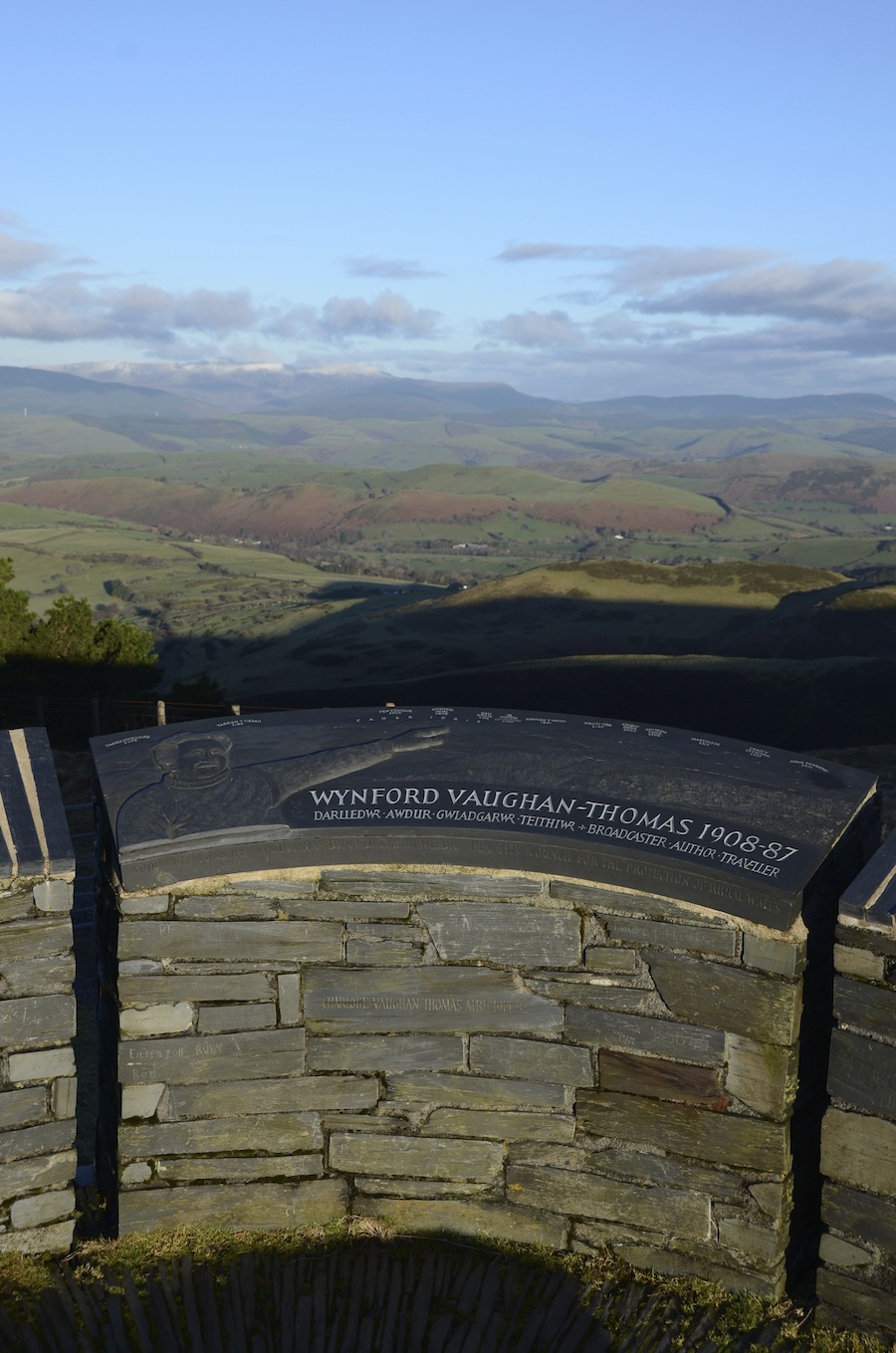 My sole guest status resulted in a leisurely breakfast and a some interesting conversation with the landlord, now running a midwales pub, formerly from Manchester.  But I need to make Cardiff on time so I finally set off through Corris to Macynlleth and then tracked up Afon Dulas up the mountain road via Staylittle to Llanidloes.  I stopped several times to take pictures.  The retrospective to Cader Idris opens this post and icy patches are visible.  One designer 4×4 overconfident with little local knowledge over took me at high speed around here and came to grief off road shortly after.  Nowt injured but pride, and that is no bad thing.  Further up there is a now restored memorial to Wynford Vaughan-Thomas which has been erected since my last journey across this road.  I freely admit to a sense of future envy here.   I remember, again with my parents, coming to the top of a pass near Saas-Fee in Switzerland on one memorable summer holiday.  There by the track was a small stone memorial to a priest who had had a heart attack when he reached that point.  I said then that this was the way I would like to go when the time comes and I retain that view.  My children have been told to scatter my ashes from Tryfan otherwise, but whether they will remember or respect the wish I leave to them.

I drove this road once in bad rain, Llanelli were loosing a Heineken Cup match on the radio and I had just been in the hospital in Bangor and learn that chemotherapy for my mother was palliative not curative.  As the car drew near the top I saw a red kite perched on a fence post, huddled into its wings in misery.  I stopped by it and opened the window to take a closer look and it gave me a resigned expression.  A sort of do your worse, its too wet, I'm not moving sort of look that matched my mood and has stayed with me since. 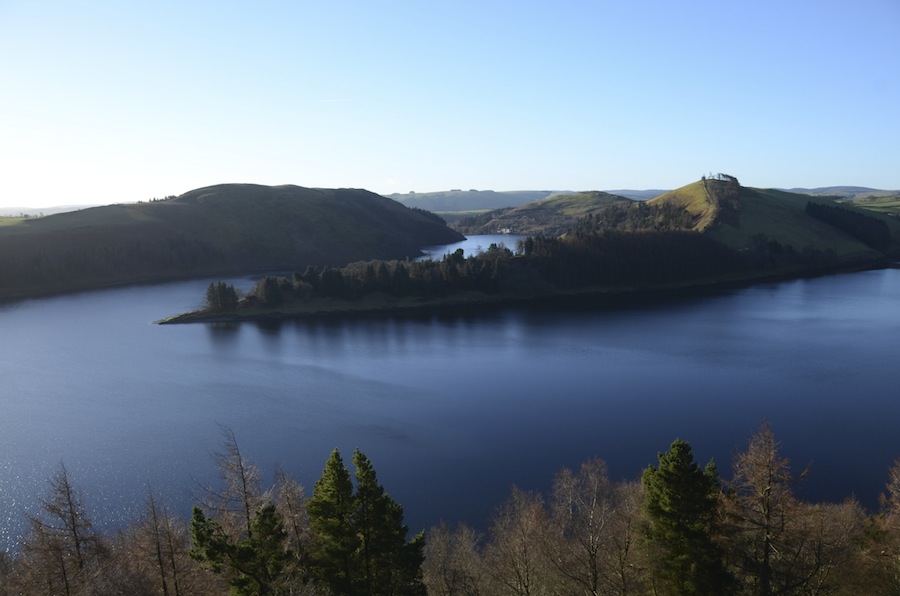 Yesterday however was brighter and my mood good.  I stopped again at the top of the Dylife Gorge and resolved, as I always do to walk it one day; one day I will.  From there the deep blue waters of Llyn Clywedog emerged to the right before the final descent into the town of Llanidloes.  With more time I would have stopped to both walk the river and have a cup of tea and check out the pottery shop, but time was pressing so I followed the A470 as it paralleled the upper reaches of the Wye (Afon Gwy) through Rhayader to Builth Wells.

The Wye is a delight, but never more so that in these sections and we (Julia, Peter and I) plan to walk it this year.  Its source is next to that of the Severn ( Afon Hafre) so a twenty day circular walk is possible and that explores the neglected delights of mid Wales as well as Marcher Land.

Builth Wells, site of the Royal Welsh Show marked the end of the memory aspect of this journey.  My last trip terminated in the car park of the Little Chef to collect my Aunt to drive her back to Bangor.  Another Aunt had driven her to this point and that meeting was the start of a period of transition between generations.  I stopped in the town itself on the banks of Wye to get a coffee and thought I had time to visit the memorial to to Llywelyn killed at the battle of Orewin Bridge following an act of betrayal by the Mortimers, one of many over the years.   But as I drove west to Cilmeri I realised I was running out of time so I carried on and turned left on the B4519 to join my normal route at Upper Chapel before descending to Brecon and thence via Story Arms and Merthyr to Cardiff.  This was a real bonus as I had never driven that road before and the views were spectacular.

At Story Arms, the Brecon Beacons with a dusting of snow were again a temptation, and the thought of the walk from there, then down to Brecon had me trying to work out a free weekend in my diary before summer sets in.  So a two day drive, through some of the most spectacular but oft neglected scenery in Wales.  Many memories, good and bad, but all part of my own history, my own journey.

My original plan for today had been to get in a days walking in Snowdonia, ...