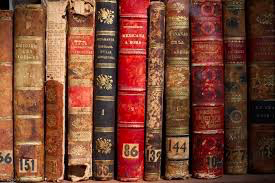 I am working on a longer thought piece on the Knowledge Economy following my two days in Kuwait but that is likely to be posted tomorrow. Today involved an 0330 alarm call, a run through Terminal Four to just make the Heathrow Express in time for the Eurostar to Brussels. By the time I got to the hotel an hour ago I had been up for around 22 hours, cleared 250 emails and watched 6 hours on the iPlayer! I walked the four miles from Brussels Midi to the hotel simply to get my head clear. But I have an obligation to keep up the daily post here and if I allow myself to fall out of the habit ….

In Kuwait we were all given a 2016 diary with the Knowledge is Power quote from Francis Bacon. I’ve seen this badly misinterpreted over the years in a corporate context. That is the Knowledge is a source of power so they won’t share it argument used by a lot of anally retentive Knowledge Management people to explain away why people will not participate in their latest codified confection of conceit. In practice few people refuse to share their knowledge in the context of need, a simple fact still neglected by KM people despite a decade of failure. The more important meaning is that the acquisition of knowledge is a source of power, and that acquisition has to be in a community of scholars, or workers or whatever or it has no value.

So Francis Bacon was on my mind when I searched for the Hamlet quote for my post on Monday and the GoDuckGo search (I am trying to eliminate Google) through up another quote from the great man which speaks for itself:

Crafty men contemn studies, simple men admire them, and wise men use them; for they teach not their own use; but that is a wisdom without them, and above them, won by observation. Read not to contradict and confute; nor to believe and take for granted; nor to find talk and discourse; but to weigh and consider. Some books are to be tasted, others to be swallowed, and some few to be chewed and digested; that is, some books are to be read only in parts; others to be read, but not curiously; and some few to be read wholly, and with diligence and attention. Some books also may be read by deputy, and extracts made of them by others; but that would be only in the less important arguments, and the meaner sort of books, else distilled books are like common distilled waters, flashy things. Reading maketh a full man; conference a ready man; and writing an exact man. And therefore, if a man write little, he had need have a great memory; if he confer little, he had need have a present wit: and if he read little, he had need have much cunning, to seem to know, that he doth not.

Now I love that, and it reflects my own reading style. Books that are only to be tasted sit on the kindle. Anything else is a hardback with multiple notes in the margins. I am grateful here to the Bible Bashers in the US by the way as their need to write notes in Bibles has created whole new technologies around pens with very fine nibs that do not shed ink on international flights. Writing the posts here is a form of distillation, but the most strenuous are fun articles and of course the book. Another writing session with Mary on that next Sunday will hopefully rectify that in my own case in the not too distant future. But I will return to that Bacon essay in future posts, there is simply so much of relevance to the modern world and I may make the three main elements the themes of the Centre for Applied Complexity: read, conference, write.

I promised to summarise my contribution to the Kuwait event on the Knowledge Economy. The ...