After the mental stimulation of six days at Hay (more backfill blogs to come there) and the physical stimulation of a 13.7 mile bike ride twice a day in all weathers, it was back to the grindstone of email backlog and travel today.   It started badly with the news of the death of a good friend in Hong Kong Danyll Wills.  A range of tributes are being assembled and I will blog my own at the weekend when I get time too reflect more on my all too brief encounters with a scholar and a gentleman (all said without any irony and he would have appreciated that).

One of the things waiting for me were the various books ordered during Hay with good intent, but now I have to have to find time to read them.  I also need time to complete the order of the new study set up.  I did manage to get to paintings hung both oils on board from a new artist just emerged from Cardiff University.  One of those impulse and low cost investments that might pay off big time in a decade or so.  If not I have two pictures that reflect the mood of Snowdonia, and they came as a pair.  I had to buy both as to separate them would be a sin.   Pictured below for those interested.

By mid afternoon unpacking was complete, key emails answered, washing done and my quarterly article on Rugby and Culture complete (controversial by the way).  After all that I just had time to dash to Swindon station to get a train to Bangor, by way of Newport for a key meeting tomorrow.  I've been working with people there for some time now on a new experimental approach to using complexity in government (and therefore governance).  Tomorrow is the detailed planning stage and more on that as it emerges,   I'll also be finalising plans for two Cognitive Edge Gatherings to be held this year and next.

I could have stayed in Hay for another night and then moved on to Bangor, but there is a limit to how many days you can stay on the move.   I also needed to be at home as the kitchen designers are in.  In this respect our life is paralleling the Archers.  Although as yet no one is planning to take Route B of a new bypass through our back garden and our son has not ditched his bride at the altar then breached organic food regulations with his pig herd before running away to Canada.  Neither is our daughter engaged to an evil misogynous manager of a non-organic factory farm for cows.  If you don't understand any of this be grateful.  The Archers is the longest running soap opera in the world, six fiveteen minute episodes a week and if you want to understand middle class British Culture its the only think you need to pay attention to.

Now you would think a long train journey would give time for reading and reflection, but these days its simply an opportunity to clear more email.  Having got it down to under 30 by judicious use of a new 'To Do' app (which now has a large red number on its icon which I am trying to ignore) its back over 200 and at that point things get missed.  So apologies to anyone out there waiting for a response.  You will get one, eventually …

If you have found this post pointless then pay more attention to the titles in future.  To more serious stuff tomorrow. 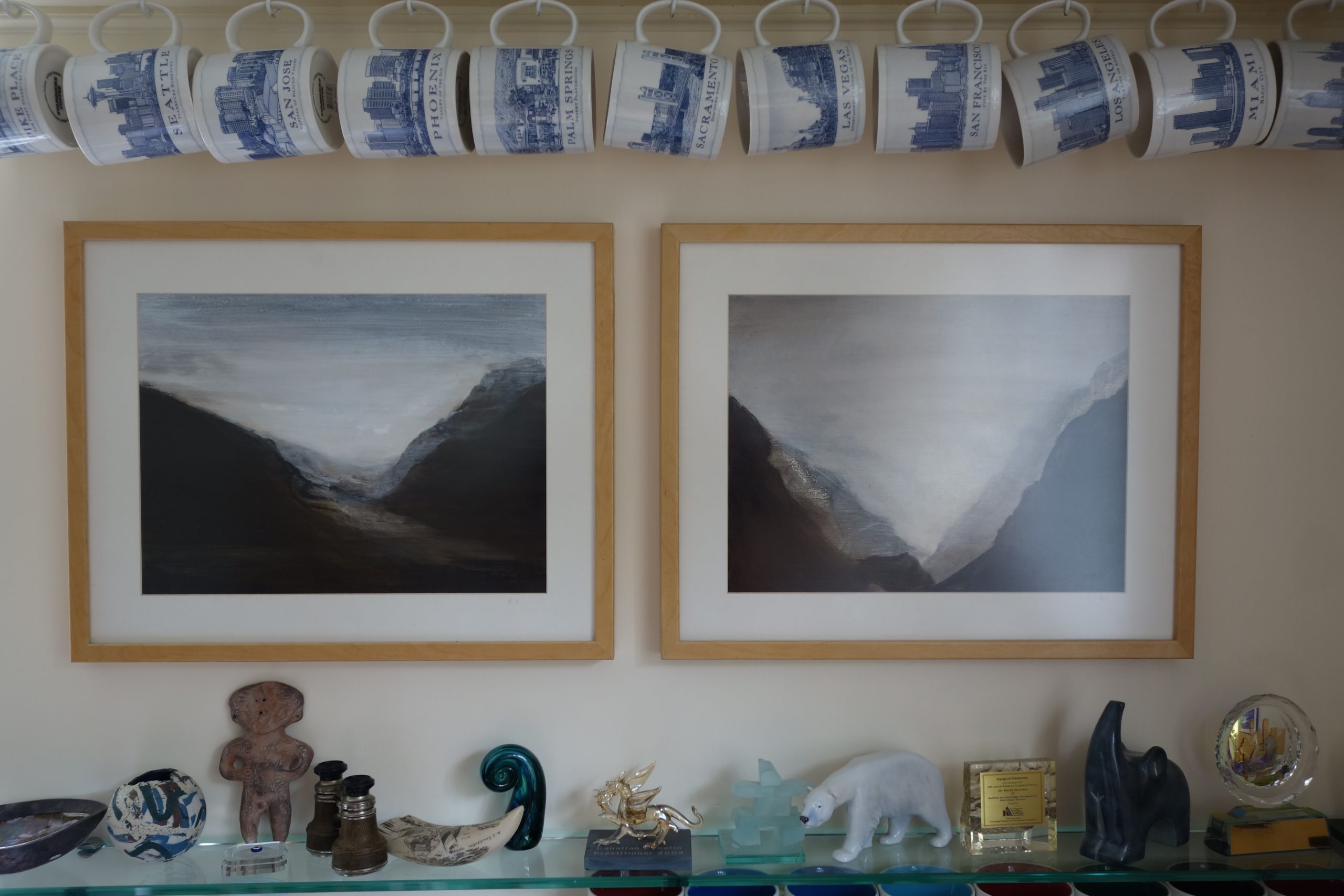 The last day of the festival and I had to grab a quick breakfast.  I ...

I woke bright and early at the Management Centre in Bangor University to a view ...