Travel voodoo & the healing power of a bath

It was a long day and night getting to Calgary from Auckland, not helped by the fact that I was scheduled to land two minutes before I left.  The flight from Auckland was OK, but I don’t like lay flat beds especially on Singapore and New Zealand Airlines where you have to get up, make the bed then get back into it.   By that time you are wide awake again and its impossible to watch the screen with any comfort.   I much prefer Qantas or Air Canada who have beds that can lay flat, but don’t need to.  That way you can have a meal and gradually let the seat go back to a comfortable angle which watching a good-bad film and sinking a G&T or two, or three or ….

The G&T’s were good as on the original flight to Singapore.  The problem with that flight was that I ended up watching The Amazing Spider Man however turned out to be a good film (much better than the last franchise).  On this flight they had Walk the Line which I love for both the power of the movie and the great narrative of the film itself.  Like Cabaret I can watch it time and tie again and not get bored.  So again I stayed away longer than planned.  When I finally gave up on the entertainment and tried to sleep I was uncomfortable, knee pain and back pain have persisted for weeks so it was impossible to get comfortable or move around without pain.  In addition turbulence was bad and if the motion of the plan didn’t wake you up, then the airline staff did to check seatbelts.  Air New Zealand are very officious in following the rules in that respect.

We finally made it to Los Angeles at midday, but I was already finding it difficult to wake up.  Security was not bad, but then I had a long layover in terminal two.   I managed to get a blog post written and some critical emails processed but then was increasingly falling asleep at the screen.  The small jet that took us to Canada pretended it was going to leave on time but was then stranded for over an hour so we finally landed in Calgary near midnight.   I tweeted the arrival (Canadian Airports have free WiFi) saying Not sure if still alive but in Calgary airport and got an immediate response from Noah Radford which was apposite:

there must be a KM equivalent of haitian zombie voodoo for travellers, right?  Alive, yet not living.

Now I couldn’t agree more.  After a certain point in time with travel, particularly an extended series of red eyes on large time differences where you no longer really know what you are doing.  You stumble through checkins, security and lounges.  Order whatever says chicken on the menu and beg for the G&T.  You then fitfully slip in and out of consciousness.  At various points you almost loose the will to live – long security queues at American Airports being one example.  I’m not being metaphorical here either, its physically difficult to carry on walking, get out of the seat, find your luggage etc. 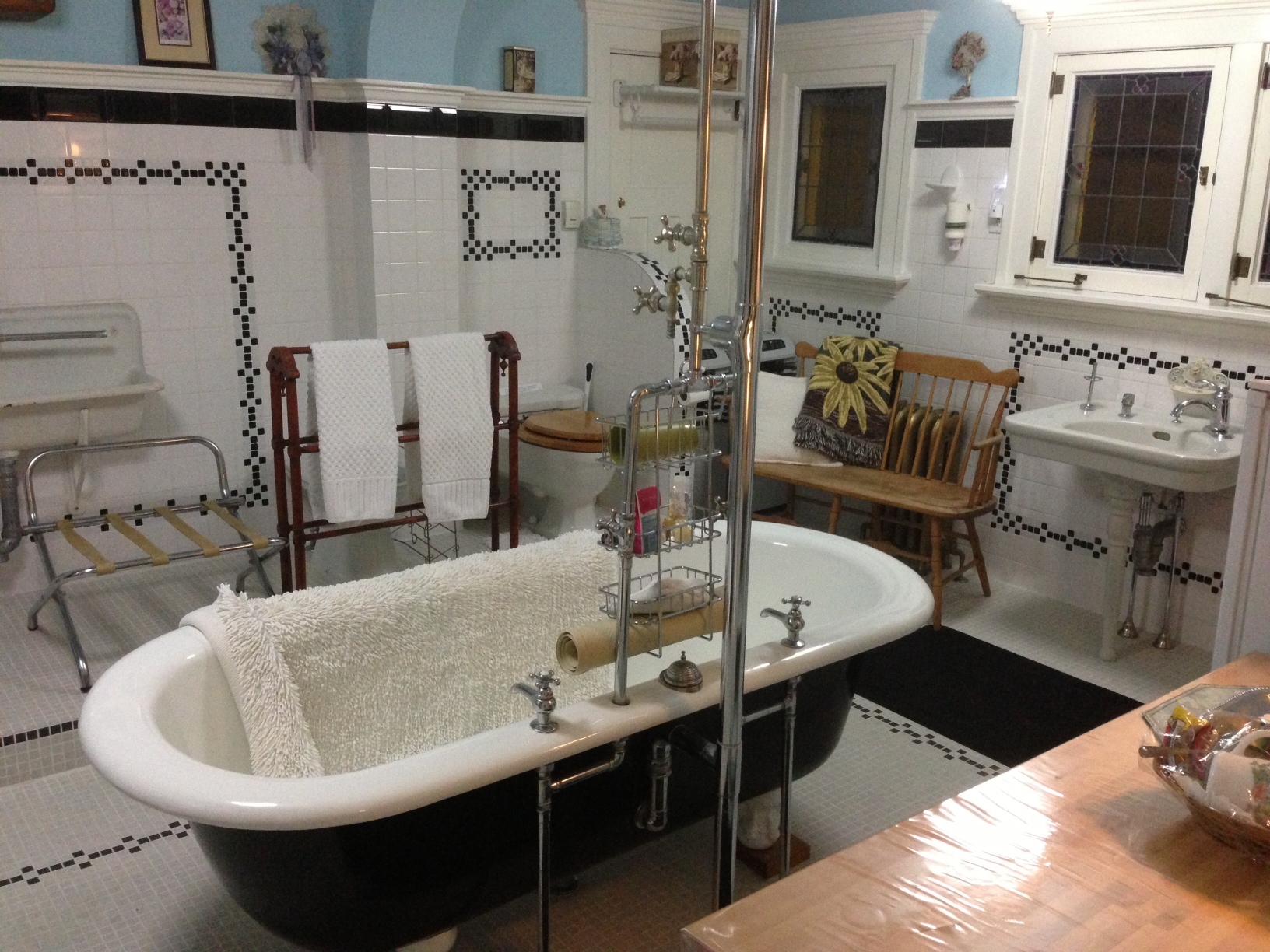 So that is how I felt.  I got a taxi as it was late, got to the B&B booked on a local recommendation around 0100.  I was very very grateful to the owner who had stayed up – I had visions of sleeping on a porch at -5ºC.  I was sent to my room and started for the bath room to discover this vision of heaven from another era, all at a lower daily rate than the most basic of hotels.   Just the thought of using that bath revitalised me.

Small things make a difference, and this for the weary traveller was a very big thing.  To my mind a bath is a sign of civilisation, its where you can read for hours or just soak.  Showers are functional but lack substance.  The bedroom and study – more of a flat than a bedroom were the equal of the bathroom.   Breakfast was up to the same standard and despite only getting four hours sleep I was able to teach the first day of the advanced course without slumping to the floor, or developing a craving for living flesh.

So this is a post on Monday about Sunday, but I posted on Sunday just before midnight in Auckland (you only saw it after I landed in Los Angeles as the opening picture was too big and crashed the site).  So now I am talking about Sunday, when its Monday and I really really hate the date line.

Teaching always helps however and day one of the advanced course was interesting.  For this one we had several people with experience of Cynefin work and everyone had done the pre-reading.  That allowed me to go faster than usual, and also to develop some of the sub-models further.   I’ll aim to summarise that in tomorrow’s post before the next red eye back to the UK and another advanced course in London.

I more or less fell into bed asleep last night after a meal, but woke ...

I left Calgary at the start of developing snow storm in another delayed flight; not ...