I finally got everyone up early enough to have a full day in Siena which was one of the highlights of the holiday.  A longish drive but the sat nav took us over a mountain route and then back along a fast route so that worked well.  Parking worked well but I then discovered that I had left the battery for the Nikon in its charger which was a pain so I had to fall back to the Sony.  I've be blogging on the plus and minus features of both at some stage in the future but the downside today was that the ISO range is not as good and it does not have exposure bracketing.  Either way you can judge for yourself on the quality of the photos.

Aside from the beauty of the place the food was excellent, my octopus salad starter is pictured.  I also had the great pleasure of climbing the 88m to the top of the Torre del Mangia without pause or loss of breath which was a good indicator of returning fitness.  After lunch and tower climbing we wandered through to the cathedral and its incredible inlaid marble mosaic floor. 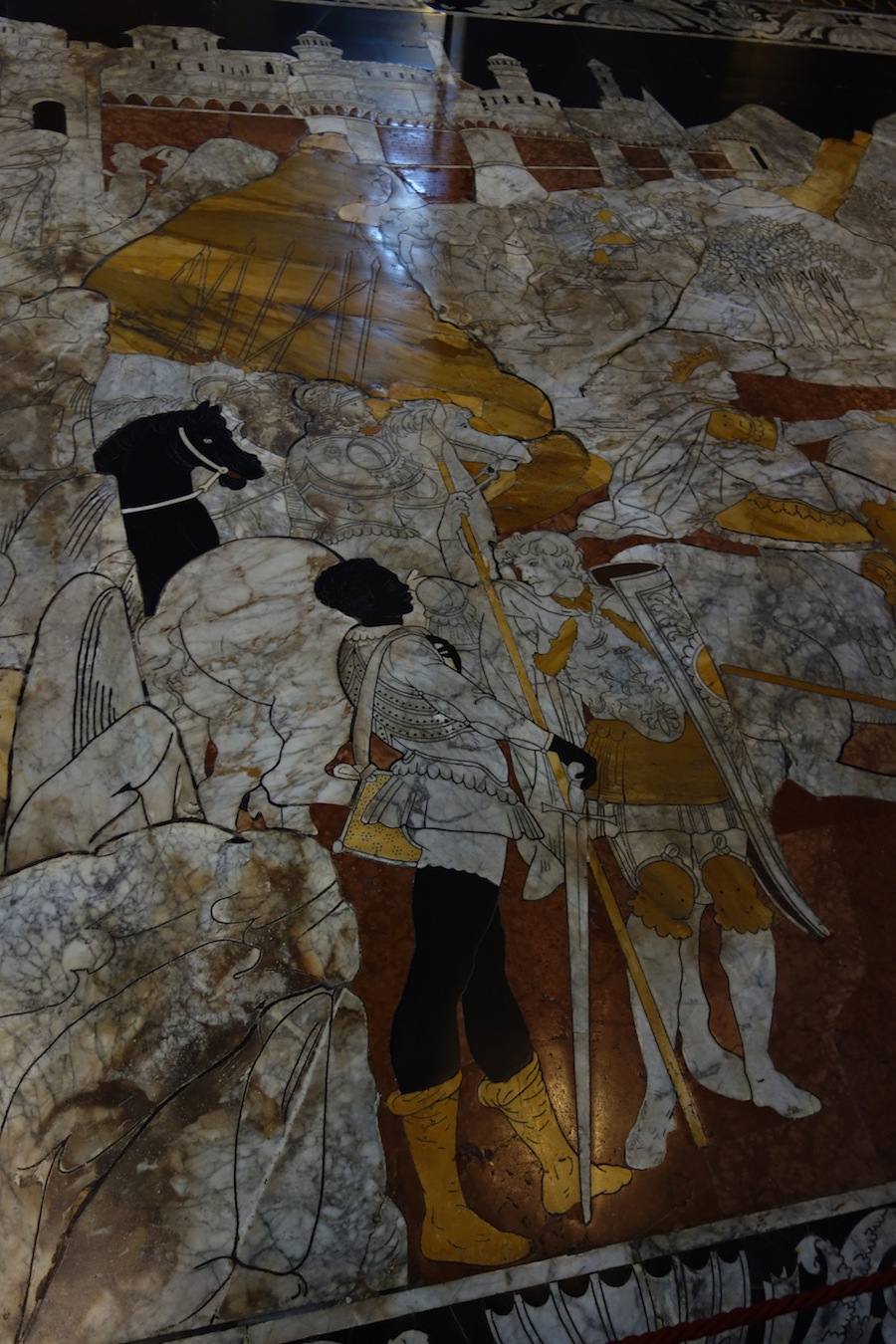 I gave up in the end and bought the book of pictures that has all the material I would have taken if I had the Nikon and a stepladder.

By the time we finished the general view is that two to three days should have been allocated.  I also think it is much more interesting than Florence, easier to access and less stressful to walk around.  The drive back was stressful as it was late, dark and the roads were potholed in sections.  But we made it back, got a meal together and talked into the night.

That is one of the advantages of a mixed party on holiday, its not just the family stories and familiar patterns but something a bit more interesting.

It was of course our last day and you start to realise just how short a time a week is.  But even in a short time material gets distributed and takes time to assemble.  Alarms were set for the morning and plans made for the trip to a hotel near Milan airport.  The final agreement was the Siena Hill towns including lunch and then a stop to see the Leaning Tower of Pisa before bringing the holiday to an end.

The St Francis theme is difficult to escape.  Gubbio has the legend of him converting ...

I'd decided some time ago that I didn't want to have to pack up and ...