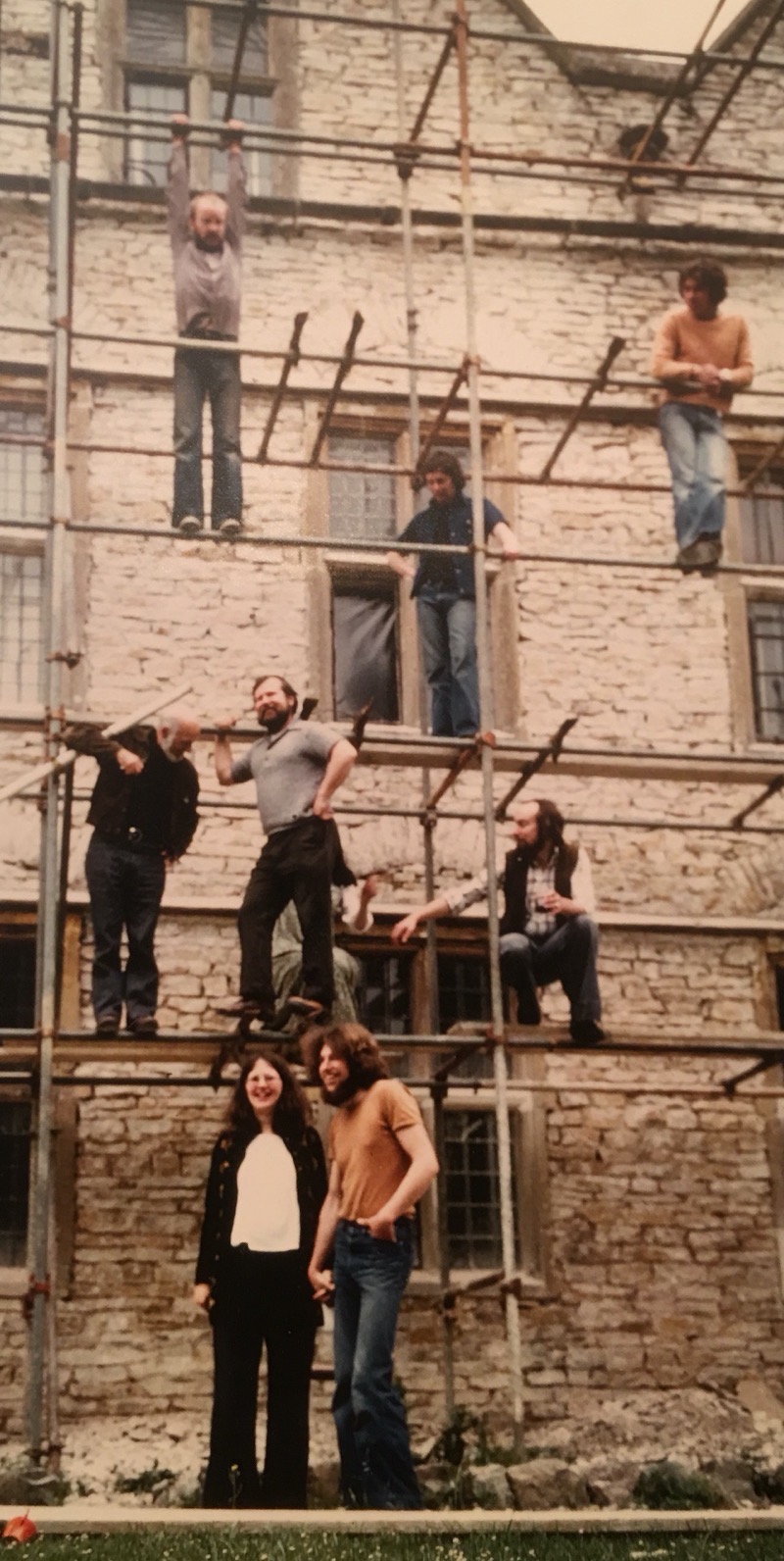 This is the second and last post with a religious theme to it.  Both cover the period during and after University where it was a large part of my life.  In the second year at University, I was a delegate to a meeting of the Student Christian Movement. The SCM at that time was very different from the IVF which had split from one.   One reason for the split was that the IVF did not consider the SCM to be a bible believing organisation.  Both had been Protestant Organisations but the SCM had taken a more social engagement approach, but the time I joined it was part of the worldwide movement known as Liberation Theology which matched my own political and religious instincts.  As a Catholic, I did not believe in justification by faith alone but by faith and works and I was on the left politically. Gustavo Gutiérrez OP had published the book that gave a name to the movement whose later suppression by the then Cardinal Ratzinger caused be to disengage with active involvement in a Church whose focus shad shifted from Truth and Justice under John XXIII to the obsession with sex and conservative doctrine that was initiated by John Paul II and then Ratzinger when he became Pope.  The SCM and its world body the WSCF were firmly in the camp of social justice.

As a part of that shift, the SCM had used its capital resources to experiment with new ways of living and had purchased Wick Court, a Jacobean Mansion as its new headquarters where it built a conference centre and installed a community.   A lot of the labour was done by the community which had an anarchistic element to it.  I was elected student president in 1976 I think and that was a full-time role that involved living in the community.   My room was the window at the top of the picture to the left and if you look carefully you can see a younger me in that picture.   There is another one top right at the opening of the Conference Centre (I liked black polo necks even then).  The conference centre had bunk beds with mixed-sex sleeping which was unusual even for secular organisations let alone Christian ones.  I started going to events there before I moved in and knew it well.

As a community, we shared with varying degrees of enthusiasm cleaning, cooking, us and building.  Some of us used the Carpenter’s Arms over the field to get some degree of normality but were always viewed with some suspicion by the local community although employing Joy to do a lot of the finances helped that.   We were banned from the Rose and Crown.  The Gay Christian Movement was partly founded there, we had major events on Feminist Theology as well as communitarianism, Science and Religion, and many other subjects.   At the end of my term as Student President I took on the job of Director Resources and my wife moved into a financial management role.  There I created an entire publication programme and bought and used our own printer to produce the mini-books.  New Heaven, New Earth was the culminating event with hundreds of people in Manchester following up the earlier Seeds of Liberation.   I brought in the Director-General of the WCC as well as Herbert McCabe OP and Pauline Webb.  We were creating something that was about purpose, about change.

I was also Treasurer of the WSCF so I had to frequently fly to Geneva as well as Nairobi, Sri Lanka, and many other locations.   I was young but I was being constantly challenged.   I met Yasser Arafat in Cyprus, took part in the dialog between left and right, Christian and Muslim in Lebanon elsewhere.  I ended up in Lisbon during the Carnation Revolution.  Every few weeks I went between the west and east Berlin until I have finally picked up by the Statsi and spend a couple of nights naked in one of their cells.  I worked on Aboriginal Land Rights in Australia and witnessed my first political murder and the refusal of the police to do anything.   I spent time with Father Daniel Berrigan in Ireland and traveled to most Universities in Britain and Ireland sleeping on people’s floors.  One memorable trip around Ireland we were in a hair’s breadth of being shot by the RUC as suspected terrorists.   I could list more but all of that before the age of 25 made me a very different person and has stayed with me for the rest of my life.

Apologies for the quality of the pictures

Thanks to Mark Chater I got the name of the elderly gentleman in the top right photograph.  I remember him as Bob but couldn’t recall his full name, Robert Mackie.  He was a former General Secretary who had also worked in China.   He also knew Tatlow who was the founder.  He was an exemplar of how the old should be related to the young in a student movement.   The year before I became President a group of former staff and some high-level dignitaries (the Dean of Westminster was one I think) moved to take the organisation away from its current leadership.  We fought them off and Bob was a great help, even though he was in his 80s he came down to London and admonished the opposition for failing to live up to what the movement was meant to be about.   Without any question, he swung the day. I spent time at his house in the Scottish Borders town of Hawick during the dispute and after I became President was a delight for discussion and stories.   The irony of the trust dispute is a group of us were already moving to make the SCM a student movement again.   To quote Mark:

Ah, memory! You’ve modestly omitted the fact that you were a change agent who saved the SCM from middle-class anarchist lifestyle politics and set it on a path to recovery. In the conference centre pic, I think I can see Robert Mackie, who was very supportive, and the couple who ran the Centre (sadly I’ve forgotten their names).

The couple in question were Mick and Ann, by the way, I would love to get back in touch.  Bob understood that we could manage the issue ourselves.  When I left the SCM staff two years later it was reluctantly.   He wrote me a treasured note having gathered enough funding from friends of the SCM to create a new job for me to carry on that work and from time to time I regret not taking him up on that offer.   But for myself, as I start the move to emeritus status in Cognitive Edge and the Cynefin Centre I hope I show the same grace as Bob.

By coincidence today is Gynefin day (we think Beth Smith coined that name) an annual ...