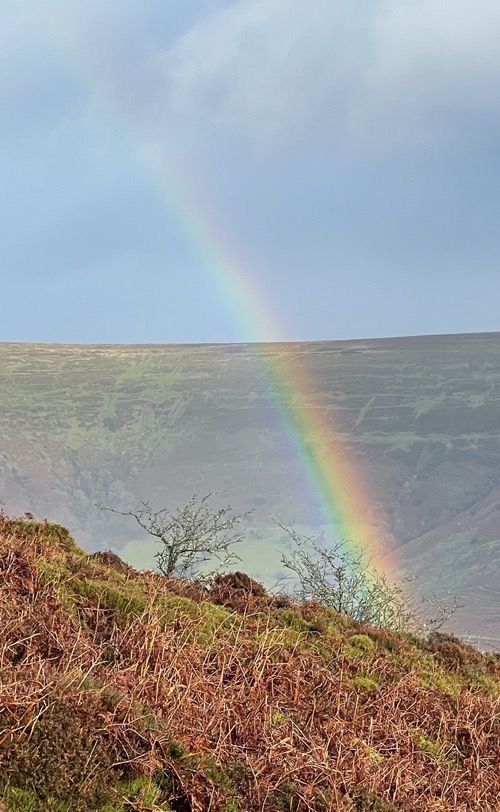 This post is by way of a postscript to the main theme of the series.  To be honest, I am never sure if the twelve days of Christmas start on the Day itself or Boxing day, but today is Epiphany when the Magi presented their gifts to the Christ Child and the traditional end of the Christmas period so I make no apology for adding a thirteenth post to the sequence.  In Wales, the day is known as Ystwyll and its celebration involves significant consumption of cake in the hope of discovering a ring and the hunting of the wren, don’t ask me why.  Ritual is so fascinating in humans and how some of these traditions evolve is curious, to say the least.

I promised in this final post to talk about pet peeves or things that irritate me and naturally, given my general celebration of curmudgeonly practice (search on our website and you will find multiple posts) there are many targets.  I want to make a general point here against all the homogenisers who despise conflict.  I’m sorry to tell you not all ideas have equal value and there is nothing wrong with vigorous condemnation of folly.  it is also the case that if you are trying to do something new then you need to make distinctions clearer than when you need to when your ideas are established.  The tendency with anything novel is for people to make it fit something they are already familiar with.  The net result is that people like me often have to say that we reserve the right to be more reasonably under questioning but start off by drawing some vigorous boundaries.

There is another general point to be made here about the role and nature of language  In general, to change the way that people think you often need to introduce new words (I did that with aporetic and exaptive) or make distinctions between words that are seen as synonyms: complex and complicated, efficiency and effectiveness to take a couple of examples.  To create a tension that makes people think differently is not the same thing as the disorientation that often is a part of being inducted into the mystical language of a cult but the two sometimes be confused.

To be clear, any list such as this always arises out of a current context, so it may reveal some of my current interactions but it’s a list and one that can be maintained and updated.  So here goes

So that is a working list, for those, I have jumped on for committing any of these, while you have my sympathy I am not sorry and I plan to continue, there is gold at the base of that rainbow …

So Christmas blogs over I will take a day off and then start again.

I talked yesterday about a walk in January of 2020 with Paul, Brenda, and Iwan.  That walk triggered a change to the pattern of my life last year as Covid started to hit.  Most weekends Paul, Brenda and I would meet up to walk in South Wales, and as Wales locked down, in the Olchon Valley which is the only part of the Black Mountains to sit in England.  It was an interesting example of an enabling constraint in that we had to find multiple novel routes around that valley, and yes from time to time we trespassed into Wales.  It is one of the best walking areas I know so it was no great hardship and I think we have found nine different routes around it.   My final walk with Paul and Brenda this December had the benefit of adding Ellie, my daughter to the party and the banner picture shows her and Paul navigating the mud near Capel as we dipped into Wales.  I don’t think they realise the significance of wearing red shirts into aliens territory.   The opening picture shows a rainbow – I thought a symbol of hope rather than a wall this time – pictured as we ascended the ridge to the west of Llanthony Abbey.  In the course of the year, we have walked all over South Wales with various companions as well as one wonderful break in the Lakes.  Good friends and mountain air are critical to my sanity and my thanks to Paul, Brenda their two sons along with Scottish Euan and Welsh Euan as well as my daughter and other friends who have kept me sane this past year.   I am only really at home in the mountains.

In this twelve-part series, I have been attempting to layout my understanding of the field ...

“Living is Easy with Eyes Closed”

Earlier today I got irritated by several things on social media. I admit that this ...