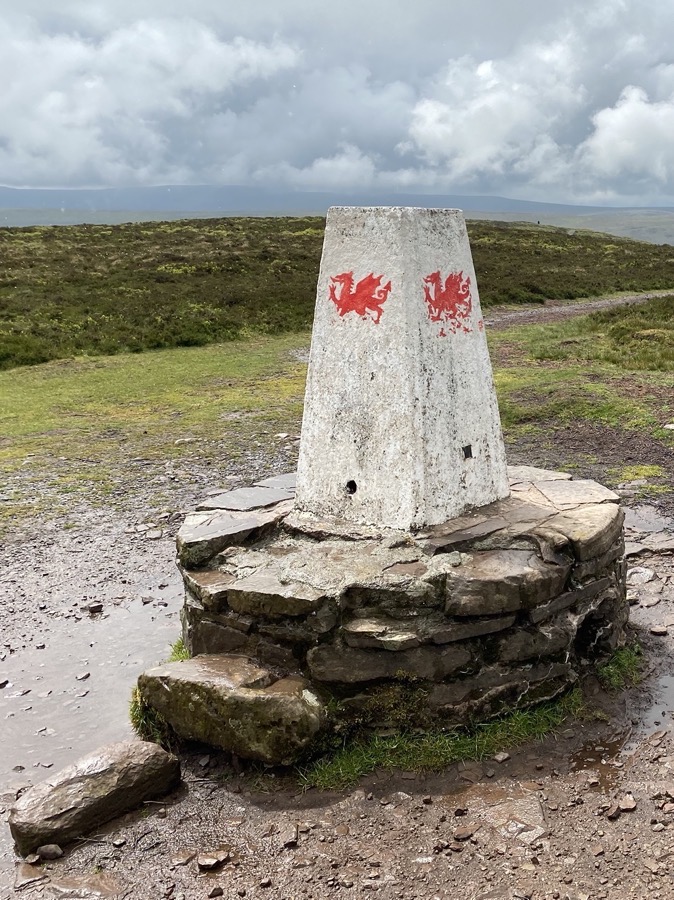 Mapping and the need for maps underpins a lot of this series of posts – both in terms of understanding rituals & habits as well as my more discursive comments in the footers that explain the banner images.   I should also say that I am always slightly nervous talking about mapping as its one of those difficult words.  Sometimes we might be really talking about charts (in the sense of plans) or catalogues and the like.  It is an occasion exchange with Simon Wardley as well.  So best to start by defining terms and setting the context.

One of the key messages of how we manage complexity is that we need to start journeys with a sense of direction which includes seeking out the adjacent possibles, selecting the most coherent and then making a move (or moves in parallel) and look again.  All of that requires some ability to know where we are, and the nature of the territory we are exploring. Following well worn tracks is all well and good, but if you are on the ridge above Ysgolion Duon in the Carneddau then a fair number of them have been worn by rock climbers after an ascent and reversing such paths should probably be considered precipitate.  On a clear daytime most basic knowledge of the territory is sufficient to follow paths, but when the cloud comes in then it is a very different matter.

So what we need (and I am calling it a map, but I won’t be precious about that name) is a sense of the overall territory we are in, knowledge of where we are, an understanding of the overall conditions we face, and some catalogue own capability (including strength, provisions etc. etc) not to mention competence. We are in the field of decision support, how do we exercise judgement and that involves questions of risk, contingency and so on.  My concern in this series of posts has been to extend my ASHEN typology and I’ve already looked at the way in which habit is a part and parcel of skill acquisition.  I’ve mentioned in passing the way in which artefacts can incorporate knowledge and capability and I’ve also touched on the acquisition of experience.  But the main emphasis has been on the “H” standing for habits, heuristics and the rituals by which those are established.

Within the body of Cynefin methods and tools there are a few stable elements that apply:

All of this is why the bulk of this series has focused on typologies, and with those typologies I have been exploring possible questions and processes that will reveal things as they are, and the degree of uncertainty associated with their use or possible abandonment, and in consequence the risk of change.   I’m almost there with that and in the final post I will summarise what I have done.  In the penultimate post however I want to look at some of the various aspects of what can be called practice theory.

It was a miserable day in the hills and not much better on Môn but the prospect of a break in the weather in the afternoon and a low tide allowed me to make the pilgrimage out to Ynys Llanddwyn.  For those who don’t know this tidal island its a magical place reached via a walk along the beach or through the Corsican Pine trees starting at Newborough Warren car part.  The Church is dedicated to St Dwynweb, the Welsh Patron Saint of lovers and it was one of the main pilgrimage sites until Henry VIII acts of vandalism destroyed the place and its role in the community.  Read up on the Pilgrimage of Grace if you want a perspective on that period in history not distorted by the Tudor’s mastery of propaganda.  It is also the southern entry to the Menai Strait and was critical to shipping from the slate port of Bangor.  The pilot cottages and lighthouse date from that period and it was a lifeboat station from 1940 to 1903.  It is accessible for all but a couple of hours around high tide and is worth a trip in its own right.  I timed my walk to get to the island at sunset and the position of the lighthouse, cross and a small stand of people was ideal.  That picture was taken from the ruins of the Church.

The opening picture is of the trig point on the summit of Hay Bluff in the Black Mountains, taken on a brief excursion into Wales from one of many walks in the Olchon Valley we did during lockdown

There is some debate in the literature as to the difference between repetitive actions and ...

I promised in the last post that I would look at practice theory which could ...