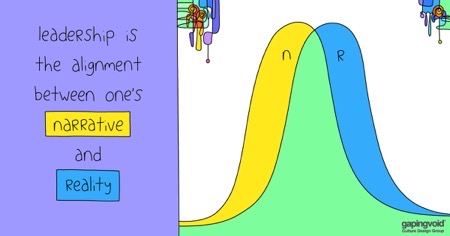 The importance of narrative in understanding human systems has been a large part of my work for over twenty-five years.  In the Twelvetide series of 2020, I looked at the history of our use of narrative and some of the current applications.  You can find the first of those posts here.  I don’t plan to repeat that material as my goal here is to talk more about the role of narrative in making human systems unique.  Ranke is credited with creating the term Homo Narrans and I’ve used that along with Homo Faber and Homo Ludens to take us a little beyond Homo Sapiens.  I may return to tool-making and humour in later posts for the moment the focus is on narrative.  From memory, I think Terry Pratchett once said that we are unique as a species in telling stories.  They also arise from our use of symbolic language.  All human societies tell stories and while there are different forms of storytelling, the use to educate children, entertain and pass on knowledge is universal.

Now there are key distinctions to make.  All of us swap experiences (factual, fictional and hybrid) every day and most of that material comes in anecdotal form, micro-narrative, rather than fully constructed stories.  There are professional storytellers and the use of stories in rhetoric, both of which take lengthy training and experience.  Then we write stories, factual and fictional or a mixture of both, that pass on various forms of meaning independently of the story-teller.  Finally, there are patterns of stories in many forms which create attractor wells, patterns of meaning that we fall into, that (to return to a theme of yesterday) reduce the energy cost of decision-making.  Following the narrative that forms around us allows us to fit in, to gain support.  It is this latter that really comprises a narrative and it is always an emergent property of some kind so it can be reinforced, disrupted or perverted but it can’t be created per se.  When people talk about changing the narrative, they should really be talking about how they and others should act to allow a different narrative to emerge.  This is a very general problem that complexity science and the concept of emergence have exposed.  Many things that we see as desirable, or the opposite, have emerged over time as a result of multiple interactions.  That means we can’t engineer the quality, we have to create the conditions from which it can emerge, or disrupt or change those conditions to change an emergent pattern.  Now tomorrow’s post when I talk about learning and apprenticeship will reference this as well but for the moment I am thinking about narrative as an emergent pattern.

The oral tradition of storytelling is important and I’ve often said that one of the things that went wrong with Hans Christian Andersen and the Brothers Grimes is that they stabilised a particular version of the oral tradition in Europe at a specific time and context, so it ceased to evolve and adapt.  Storytellers and I include those of us who tell stories as a part of public speaking and adapt those stories to different contexts and they, therefore, co-evolve with human culture.  But the ability to tell stories in this way, to adapt to an audience, is a learned skill that requires time.  It is not the corporate storytelling market that in effect uses limited aspects of narrative work to attempt to improve the way people in power communicate.  I’ve always been dubious about the efficiency of this, and even more about the ethics.   Reduction of narrative to formulae, especially highly dubious and culturally specific constructs such as the Hero’s Journey, to my mind reduces variety and attempts to industrialise a complex social process.  As such, it damages something of value.  Part of our work is to allow people to assemble anecdotal material, either through workshop methods or SenseMaker® so that people use anecdotal clusters to communicate and adapt ideas.  We provide scaffolding but not algorithms.  The more stories like these,  fewer stories like those approach to managing change (Vector Theory of Change), which we pioneered then engages people in change rather than requiring them to confirm with change.

Something else which is important about the narrative is its ability to trigger change through the encounter and the Vector approach is a part of that.  But stories can also trigger empathy and understanding.  They allow us to live vicariously, and to understand things from different perspectives.  Again we used this but also went beyond it by comparing how different people interpreted different stories.  The Gaping Void semiotic illustrates this – by linking Leadership perception of their stories with that of those they lead, or their contemporaries or whatever helps people start to think differently, to realise that there are differences and act accordingly,  Our big area of development is to entangle people’s narrative experiences at scale so they can see things from many perspectives, something that is technology-enabled but not technology determined.  You can never fully align human perception with reality, but narrative can provide the ability to micro-nudge them to a higher level of coherence/alignment.

Fiction is also important as it allows communication of learning and experience without the need for things to have actually happened; think back to my reference to Vico’s Verum factum in the opening post of this series.  The power of fiction is that it is not dependent on fact, but it can provide learning at multiple layers.  Then there are other uses of narrative such as archetypes used in multiple cultures and all fairy stories create archetypal families that act as cultural indicators.  In the Sufi tradition, storytelling is key to philosophy and the Mullah Nasreddin stories are a delight in their own right. They replicate in modern cartoons such as Dilbert, Charlie Brown and so on.  As a species, we are constantly weaving and reweaving reality with fantasy through narrative.  It is key to our humanity.  Sometimes a single story can also trigger a phase shift in the way society perceived itself.  Narrative is complex, abstract, symbolic, emphatic and a whole load of other things, without it we would be less than we are.

As a general theme for the Twelvetide series this year, I am using Renaissance artists, ideally with a journey theme for the banner picture which may or may not relate to the ideas in the post.  Then a Gaping Void image to open the text and make a point.  Sometimes I will spell that out, sometimes I’ll leave it hanging.

For the first substantive post in this series, I wanted to pick up one of ...

So I've now flagged up religion and narrative as distinct aspects of human systems, and ...