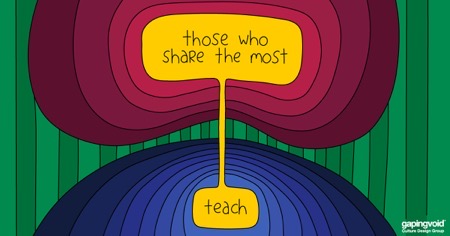 Back in the 70s in my Liberation Theology days, we had a lot of conflict with conservative evangelicals over politics on top of the historical theological debate, which went back to the 1920s.  Our argument and it is one I would still make today is that choosing not to politically engage is itself a political act; it makes you complicit in whatever is the dominant political structure of the time.  The brilliantly aporetic statement “Render unto Caesar the things that are Caesar’s, and unto God the things that are God’s” in Matthew 22:21 notwithstanding.  Unless you adopt a solipsistic position then you are part of a society in which the value of your and other people’s lives are impacted by what you do or don’t do.  I’ve always supported the Australian position of fining people who choose not to turn up and vote (they allow you to spoil the ballot).  In part that is driven by too many years of knocking on doors to get the vote out.  But I didn’t expect in the 70s that when I was approaching 70 (sorry I like that phrase so I’m using it again) to see active attempts at voter suppression in the UK, it’s been (and remains) depressing enough to see it in the USA and elsewhere.

Aside from that little whinge, the wider point is that because, as a species, we depend on each other and various civil institutions, politics in many and various forms is a distinctive aspect of human systems that you don’t see elsewhere so it clearly qualifies for this series of blog posts. I’m not planning to get into the particular form that politics should take but I am pretty sure that the current electoral cycle in most of the world’s countries is not good for the planet.  I’ve previously outlined by general views on what needs to change here, to increase empathy and engagement, and we have programmes on citizen engagement that I commend to you. Both of those links are incorporated into this post.

What I do want to do is to link politics to three other aspects of human distinctiveness to try and broaden the debate a little and start to pull together some of the threads in this series.

I chose Raphael’s picture deliberately as the whole field of politics and with it rhetoric goes back to Greek Philosophy and its Latin inheritors in Europe and North America, it’s not the case elsewhere in the world and there are different types of interaction and forms.  There are interesting forms elsewhere from which we need to learn – the interaction of rules and heuristics in the balance between Confucianism and Daoism in Chinese society, gifting cultures in indigenous groups and in the latter case the recognition that in specific contexts not all views are equally valid.  Remember the theme here is Renaissance over Enlightenment and we need that badly in politics at the moment.

There is another unifying theme here, Aristotle compares the politician to a crafts(wo)man and brings all four causes into play.  Formal cause in a constitution, material cause in the various parts that make up society, efficient cause in the form of the ruler(s), and final cause in the sense of the desire for some good.  One gets a sense that we have rather lost the last of those in the modern age.

The School of Athens
Artist: Raphael Italy 1483-1520
The banner picture is cropped from an original sourced from wikipedia

There is a logic in going from politics to justice.  The two are not the ...