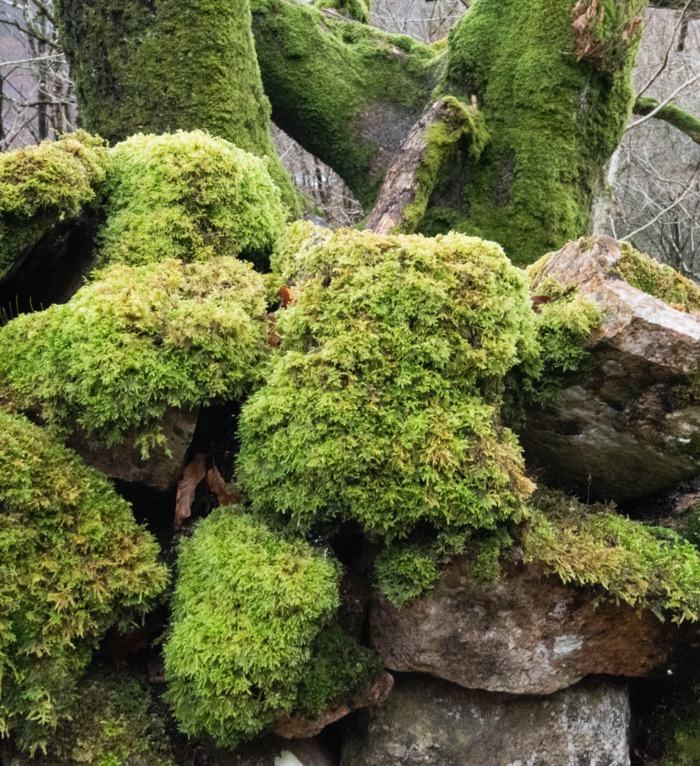 I’d been working on knowledge management for some time and have come across Boisot’s book Knowledge Assets.  Yasmin Mirali, then at Warwick University introduces us and organised a joint seminar and a lot of things came together.  I talked about the role of Max as a mentor, protagonist, and friend on many an occasion and the blog series he wrote for us is still a treasured document.  Do a search on Boisot on our web site and you will have a lot of material to read.  The key original work of Max was in the creation of the I-Space which has three axes: abstraction, codification, and diffusion.  Max developed a whole theory of how ideas develop and change over time that he could explain through the I-Space and a lot of that built on early work when he set up the first business school in China.   I’d already made use of Geoffrey Moore’s Crossing the Chasm and was on a path to mapping context which would result in the Flexuous Curves and as I have elsewhere documented the very early precursor of Cynefin took the abstraction and codification aspects of the I-Space.  There is an unpublished paper that Max and I wrote which brings the two frameworks back together and I need to update it and see if a journal will take it.

The I-space and all of Max’s subsequent work bear study, especially the work he did at CERN.  But the key aspect I want to pick out for this blog is the key diagram I created to talk about levels of acceptable abstraction. 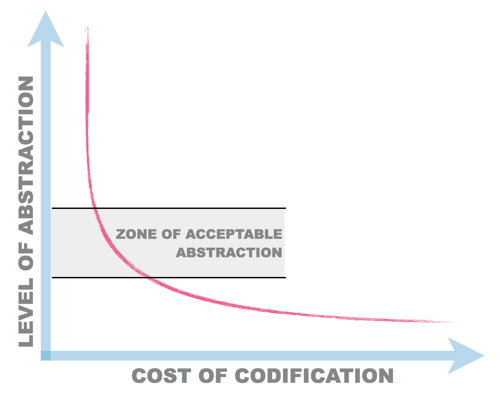 This is shown to the right.  The basic idea is that the highest level of abstraction is where I have a conversation with myself – not always the most intelligent audience I have!  I share all the same education, experience, and insight/prejudices.  At the other end of the spectrum, the cost of codification becomes infinite as it is simply not possible to fully share context.  That gives us the idea of upper and lower levels of acceptable/useful abstraction based on what is an acceptable cost of codification.

While I originally framed this for knowledge management it also applies to questions of when and how you codify formal methods and also at what level to pitch the language of a paper.  There is a balance here, high abstraction, high codification allows ideas to diffuse faster but often at a loss.  The zone is an important one to work out, model, and consider before you over commit.  Far too many method vendors codify too fast without paying attention to abstraction and then we get loss of integrity.   it takes time for the various conventions of abstraction to evolve and these can include semiotics/symbols, specialist language, and also the social process for education and acknowledgment of mastery.  A significant problem with Agile is that it codified without necessary abstraction, a sin it shares with many a previous fad.  One of the things I didn’t do with Cynefin was to rush into premature codification, which is now happening as the final abstractions have been worked out and that has taken time,

In this connection,  Max used to admire my willingness to try and speak at a lower level of abstraction to people who could not be bothered to read up on a subject before opening – a common issue for less scrupulous consultant.  But I must admit that as I grow older I can see his point.  Every now and then I come across someone who shares interests with and can handle a highly abstract language and then communication is oh so much easier and frequently more productive.  Coming back to my earlier definition of knowledge as a shared context this zone of acceptable abstraction is another way of expressing the same idea without using the ‘K’ word.

Abstraction of course is a wider context.  We know that art came before language in human evolution and the suggested evolutionary advantage of art is that by disconnected from the material into the abstract we are able to see and sense novel connections.  From that, we can start to look at the human capacity for exaptation or radical repurposing.  Exaptation is the process by which a trait that evolves for one function, under conditions of stress repurposes or exapts for something completely novel.  There are a load of posts on this if you search and it is the key practice in the complex domain of Cynefin.  I learned about exaptation from Pierpaolo when he was in Durham and have subsequently been involved in academic seminars at Durham as well as two on Lake Garda (which we hope to recall in 2021/2)) where a multi-disciplinary team worked at developing theory and practice for this important field.  Max and Bill were there as well….

One of the UK group that grew up in this period was Peter Allen at Cranfield.  Peter had been Prigogine’s Ph.D. student in Brussels and is one of the greatest modelers I know.  His seminar work on the fishing fleets of Nova Scotia demonstrated that if individual trawlers attending to optimise then the overall catch was less than if they behaved sub-optimally but interacted.   The idea that systems somehow optimise if everyone is selfish was proved nonsense, although anyone not caught up in the Ayn Rand form of libertarianism would know this anyway.  This is important as it impacts the way we design systems for knowledge flow; suboptimal individuals in a tightly connected network create requisite diversity and allows for radical emergence.

Now talking of Max I want to return to another recent theme namely the value of active debate.  Far too many people want all ideas to be equally respected, but from my perspective, they first have to earn that respect.  To that that within the field of naturalising sense-making they also have to be coherent to what we know through the objective processes of natural science.  I was talking a lot about coherence and Max did one of those If you want to talk about that then you have to read … statements which took me to Thagard’s work and to a meeting with him in Paris.  Now there are various gradations here.  A lot of the methods I have developed over the years have build from natural science.  A sort if It this is the case, then this should work type approach which has been successful.  Then there are established practices and theories that we can test for coherence.  It is more than possible that even if the theory falls, the method may well have utility.  But the cant of ‘empiricism’ that you see in Agile is problematic – it generally means this is my memory of what worked so it must be right.  The reality is if you do not have a coherent theory of WHY then trying to repeat or scale a WHAT is an error.

I’ll return to the role of social science in the final section, but for the moment I will now move to the summary principles, which are again a pleasing seven in number.

Then another major piece of work with Max brought us the idea of narrative forms of knowledge, but that is the next section of three posts.

Are from a walk around Ennerdale Water earlier today, it was dark with snow falling on the hills and I only ventured up to around 500m and then choose to walk around the lake.  It is a good walk and the Eastside is a scramble in part and you can’t take your eyes from your feet if you want to stay upright.  Pillar in particular is impressive from Ennerdale although every time I look at it my mind goes back to the gravestones and other memorials in the adjacent Wasdale, to the early rock climbers who died on it.

Twelvetide 20:02 Carbon is not silicon

In this second post within the knowledge management section, I want to summarise some of ...

Twelvetide 20:04 The variety of narrative experience

In this second section, I am moving on to the wider field of narrative.   ...