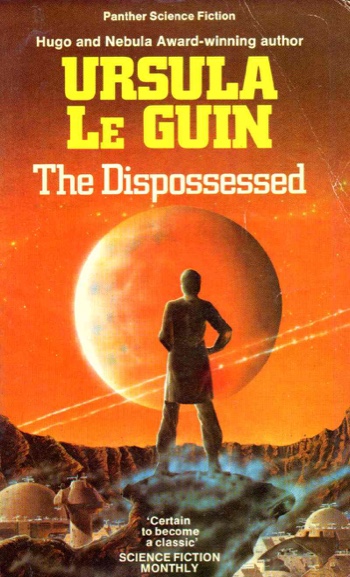 Most people came to Ursula Le Guin through the Earthsea novels. I only read those as an adult and came to her, as a teenager, through Rocannon’s World and The Lathe of Heaven. I soon progressed to her two great novels The Disposed and The Left Hand of Darkness. Two of the most original novels of all time, exploring politics, sexuality and the human condition at a depth that took science fiction/fantasy beyond speculative science and swords and sorcery into literature. She started a whole anthropological trend in the genre, she as literature, curious and a delight to read. I have her latest set of essays waiting to be read at home and the fact that it is now her last work will make the reading poignant to say the least.

Margaret Attwood’s tribute in The Guardian is worth reading, but the initial obituary irritated me. It compared her work to that of C.S.Lewis in the Narnia series. To be that whole series is a crude, deeply manichaean allegory populated by crude stereotypes in which nothing is left to the reader. All of Le Guin’s work were the antithesis of that. Her characters were subtle, the ideas had depth, she was not judgemental but exploratory in her writing and thinking. She will be missed and I plan to binge read all of the words in tribute. The top illustration is from the Panther edition I still possess and the top is one of the many art works inspired by her.

I was going to add to this, but then the ever wonderful ‘Brain Pickings’ published this which does the job so much better,

Can we start again?

One of the major issues in virtually any change initiative in organisations is the constant ...

I interrupted this series for yesterday’s brief tribute to Ursula Le Guin. In the first ...