I went for a walk with my daughter on the weekend.  Originally she was coming home for the weekend and I was planning a  further section of the North Downs Way to be in the area of Brighton to give her a lift home.  One seizes all chances to spend time with children as they move through University and to their own independent lives.  In the event pressure of time on an essay for her MA meant that she had to stay in Brighton, but she did have time for a shorter walk than the one I planned.

Now Brighton is a good centre for walks so I suggested we do the Seven Sisters’s walk from Beachy Head with an optional extension over Seaford Head after Cuckmere Haven.  So I set off early for the two and a half hour drive, picked her up from her flat in Kemptown and parked the car in the Seven Sister’s country park.  From there its a short bus ride to the top of Beachy Head and the walk commenced. 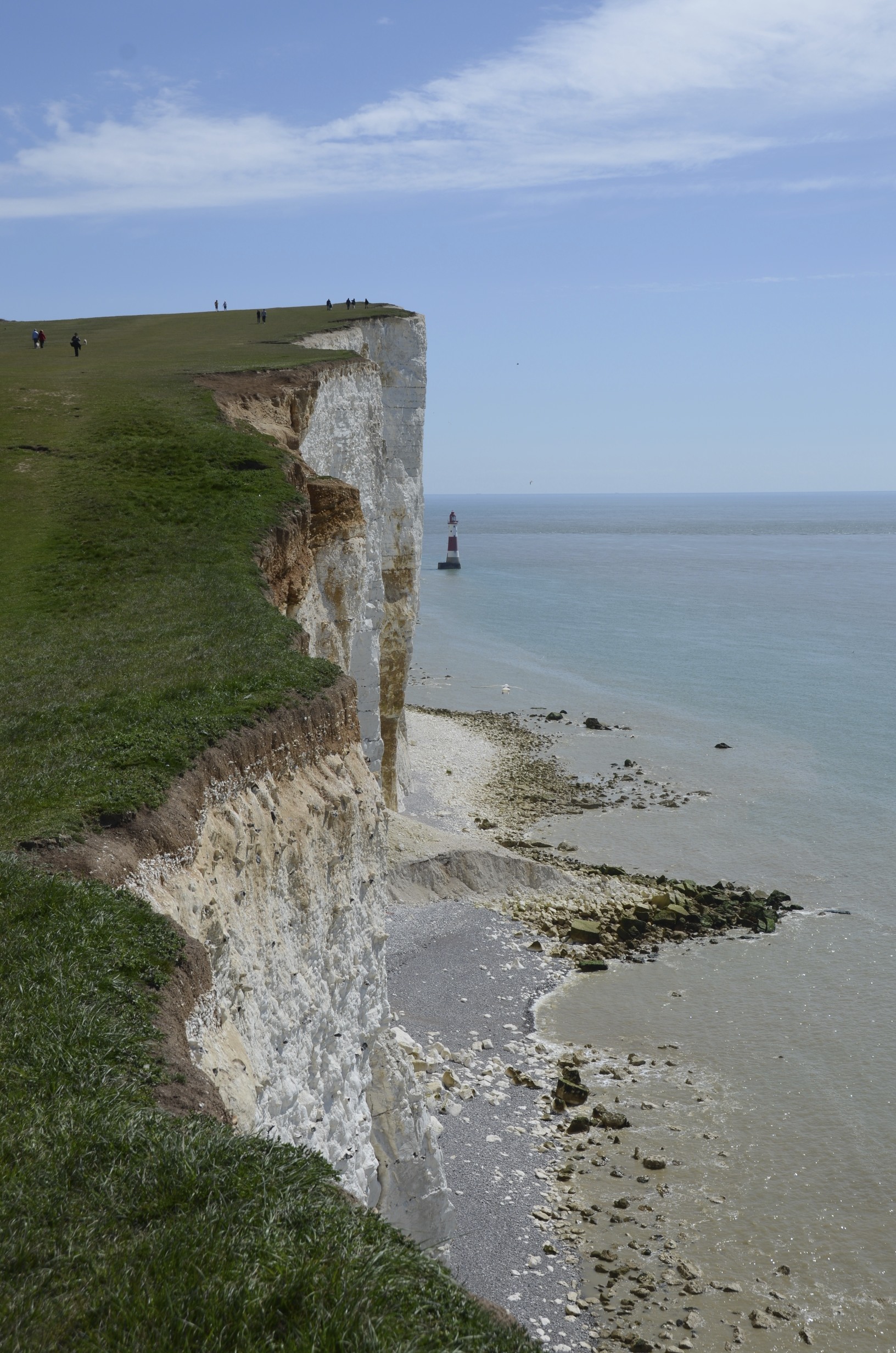 Now this is one of the great walks as the pictures here show.  The one at the end of this post is a retrospective of the whole walk from Seaford Head.  The one to the right is a retrospective from a few miles in and shows both the lofty nature of the walk and the precipitate nature of the cliffs.  This has a poignant example as all along the cliff there are small memorials to those, who in despair one day threw themselves from the top.  One of those forms the header picture to this post, but it is one of many.  Now I can understand the impulse if not the execution.  Having seen my mother die of lung cancer, despite never having smoked, I have long resolved to drive myself over a cliff if that, or an equivalent ever happens to me.

One of the most moving descriptions of suicide I have ever read comes from the comic novel Three Men in a Boat.  Towards the end of the book they come across a body floating in the Thames.  They later discover the story of a woman who was deceived in love in a Victorian age where he family disowner her.  The writing stayed with me ever since I first read it so I reproduce it here:

She had made one last appeal to friends, but, against the chill wall of their respectability, the voice of the erring outcast fell unheeded; and then she had gone to see her child – had held it in her arms and kissed it, in a weary, dull sort of way, and without betraying any particular emotion of any kind, and had left it, after putting into its hand a penny box of chocolate she had bought it, and afterwards, with her last few shillings, had taken a ticket and come down to Goring.

It seemed that the bitterest thoughts of her life must have centred about the wooded reaches and the bright green meadows around Goring; but women strangely hug the knife that stabs them, and, perhaps, amidst the gall, there may have mingled also sunny memories of sweetest hours, spent upon those shadowed deeps over which the great trees bend their branches down so low.

She had wandered about the woods by the river’s brink all day, and then, when evening fell and the grey twilight spread its dusky robe upon the waters, she stretched her arms out to the silent river that had known her sorrow and her joy. And the old river had taken her into its gentle arms, and had laid her weary head upon its bosom, and had hushed away the pain.

There is a silent beauty to that writing and the memory of it came to me as we walked past the memorials.

Now I wouldn’t want you to think that this was a depressing walk.  The weather was wonderful and the conversation rich and plentiful.  We talked about anthropology, politics and many other issues.  As we came down to Cuckmere Haven I reminder her of the time I sprained my ankle when she was a child.   I had a very young Huw on my shoulders and slipped on the side of the bank. In order to save Huw I had to twist and in consequence had to hobble.  The hobbling was made worse by Eleanor, then around six who insisted her role was to act as a support for the mile or so back to the car.  One does not like to disappoint daughters.

That said, the walk was in part designed to pull myself out of intermittent depression.  While walking around Auschwitz a few days before I received an email from my Doctor to inform me that the latest routine blood tests had revealed that I had developed Type II Diabetes.  The terrible nature of that place somewhat mitigated the impact of the news but I was still loving through the implications for life style and the long term dangers that day.  The walk was therapy in part.  However there is more to live through and I have resolved to post from time to time on the subject as I go through the process (and so far it feels like a process).  At the moment my focus is to get to a level by the time of my assessment in July which allows control through diet.

It won’t impact on the work of Cognitive Edge, but if I am moody from time to time please forgive me.  This is a new experience and one I had hoped the exercise regime of the last eighteen months would avoid.  I had a scare and a negative test then, but I fear I have reformed too late.

Retrospective on the Walk (other pictures here) 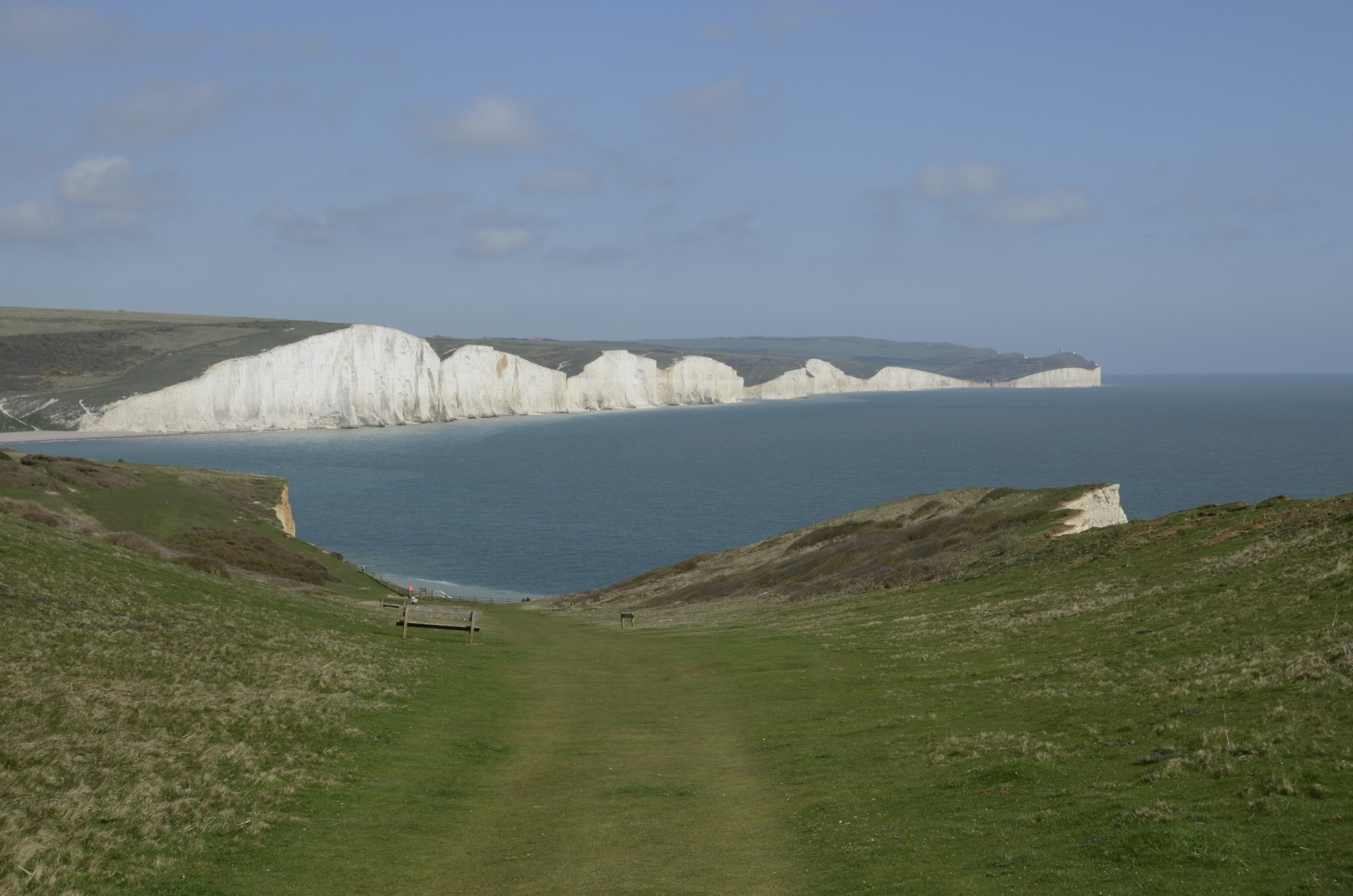 Observant readers will note that while dated 1st May this was posted some ten days later.  I’ve been busy and debating if I should share the news or not.  However the nature of a blog is that its personal so I have.  There are a range of posts I have been holding so expect a few postings as I catch up.  I want a 100% posting record for May even if there is a degree of retrospective coherence!

To the Athens of Latin America

After a long flight via a disrupted immigration line in Miami I made it to ...