Welcome to our site, you all know why you’re here …. 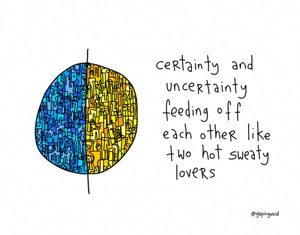 You probably have to be a certain age to get the reference in the title of this post, but I will leave that as a puzzle for the moment.   It’s been some time coming, but we now have a new web site.   The old one in Expression Engine proved problematic and very high maintenance so it was difficult to change it.   Too many specials thrown together by gifted techies at the last moment during its build. There is a lesson in there somewhere.  So now we are on Word Press and I can prepare blogs off line and the world is a better place in consequence!

We’ve also been clearing the deck for a whole set of new features.   I’m going to be running a webinar every two months for Preimum Members on latest thinking which will also allow a clinic type session if people want to raise issues.   Ideas on what people would like covered woud be welcome.   We are generally going to ramp up premium member features as well as getting back into regular guest blogs and other events.

There are some big changes on the software front as well.    We’ve had a bit of nightmare the last few months (like a lot of software suppliers) handing some of the iOS8 changes but that is now resolved and we can focus on new features.   The alpha release of our new Explorer will be out soon along with enhanced selection for iOS Explorer.   Tomorrow we launch the first of our easy entry fast access SCAN offerings with CULTURE SCAN.   There are some one time only price options on that and you can forward buy, so look out for the announcement tomorrow.   I’ll also announce the first support webinar for those interested.   On top of that expect new opportunities to engage with SenseMaker®  in areas such as Net Promotor Score (narrative enhanced), User Requirements Capture and Real Decision Support.   So lots ready to roll.

For the moment we’ve focused on a new look and feel, brought over most of the old content and provided easier navigation.  I suspect we’ve got some things wrong so tell us if you spot them.  Comments to this blog will be picked up and handled.  The new stuff will start to roll out tomorrow. We also have the new Centre for Applied Complexity which is being set up for R&D and engagment.   It will become the major focus of my time.   More on that over the next few days.   In the mean time welcome to the journey.

Thanks are due to the team at Studio Drieluik for the web site and Yell Design for the new images – more on those later, wait for the new Cynefin image.

Late in April, Gary Wong and I will be delivering our complexity and safety training course in Houston. ...

I’m still getting used to Blogo as a tool and the new web site conitnues ...