I’m still in an OD mindset after the last twelve days of posting and there are few loose ends to tie up. One of the ones I mentioned yesterday is the nature and utility of what I call naturally evolved roles. These are important in both practical and theoretical terms. The former because they just work, the latter because they illustrate a key point I have been drumming (sic) home over Christmas namely that interactions over time are more important than any supposed innate qualities. The way I normally illustrate this is by talking about the role of Matron, famously characterised, both good and bad, by Hattie Jacques in Carry on Matron released back in 1967.

Since the Crimean War until recently the role of a nurse in the UK was female. Girls left school and it was one of the pathways to a profession. You lived in the nurses hostel under moral supervision and learnt your job the hard way. In those days a lot of work now done by contract cleaners was a part of the medical role and informed by those lens. After a period of bed pans and bed washes promotion would follow through various levels all under the supervision of the Matron, the most senior nurse. During training,and after, the Matron was a fearsome, but caring figure. In theory junior doctors could issue them with instructions but in God help the naive young intern who did so over-confident in their own knowledge or ability. 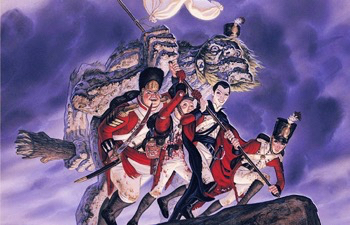 You see a similar role in the Army Sargent Major and there are many other cases. The title of this blog is an indication of the gentle corrective question to the office. Fans of Terry Pratchett will remember the way that Ruberts were handled in Monstrous Regiment a delightful take on John Knox, the stupid of war and many other things. It also built on the 1960s Polly and Oliver stories from the BBC Childrens’ Hour which influenced all British Children of my generation and I can still hear the refrain of Sweet Polly Oliver in my head as I write this.

The role of the matron, and expectations of the role evolved over time both as an institution, but also, and critically, for all the individuals evolved in the process. When it came time for a new matron to be appointed it was usually self evident who should occupy the role. The person concerned had co-evolved over decades with the institution, its patients and staff. They just knew what needed to be done and did it. neither did they tolerate lapses in junior staff. This co-evolution is critical to the point I am making; it wasn’t defined, scoped and determined it evolved over multiple institutions, people and time. The actions of the matron were defined by their interactions within that anthro-system.

Then in the late 60’s the reorganisations started and while the matrons knew what they did when they did it, to the consultants steeped in modern management theory they appeared to be a surplus level of management and were lost. The consequence for loss of knowledge and of resilience were up there with many of the other stupidities of this early enthusiasm for rationalisation, stop watches and the like. The attempts to re-egineer and reorganise the health service have continues since to the point where I would not be surprised to discover that ancillary learning staff and managers/administrators now outnumbered medical staff. Those same staff who managed a much reduced bureaucracy while practicing medicine and care. Of the context and size are now veery different but our obsession with measurement, reporting and control is a large part of the problem rather than being a solution.

But in the context of this blog post the problem is that once lost such socially created roles cannot be readily re-established. At an event with senior civil servants at the turn of the century I was due to present Cynefin to an evening session. A senior official from the Department of Health came up to me and told me I could no longer use the matron example to illustrate lack of understanding of complexity. I think one of his junior staff had heard me speak. Now telling me not to say something is generally fatal (even if I am amenable to compliance I find it difficult) but I asked for clarification anyway. One should always be polite! His response was to say that they were bringing back matrons to combat the growth of super bugs and other things. I resisted the temptation to say they told you so and said (positively I thought) I’m impressed that you are prepared to make a twenty plus year investment to which is response was to say No we have a two week training programme. Not only did I use the example but just under a decade later the whole enterprise was about to be closed again because it hadn’t worked.

Hopefully readers will see the point. It had worked because it was the outcome of a co-evolved process over time. The mistake had been to engineer it of the system. That was now being compounded by trying to engineer it back in. Foolishness compounded by stupidity. So there is a lesson here. If there is a role, formal or informal, which has been around for a long time then it may be a negative custom and practice that should be removed in the name of efficiency. But it is more likely to be a co-evolved role which does things it is not aware of and cannot articulate but on which your future is dependent. Try some small safe-to-fail experiments (but they will have to run over two to three years) or short circuit that by micro-narrative observations of day to day practice over at least six months. Basically tread carefully ….

PS: I was trying to track down the rations of nursing managers by sex compared with the overall profession by sex. If anyone knows …..

Any mention of drums brings to mind the truly great Ginger Baker and some fond ...