Working in the shadows of meaning 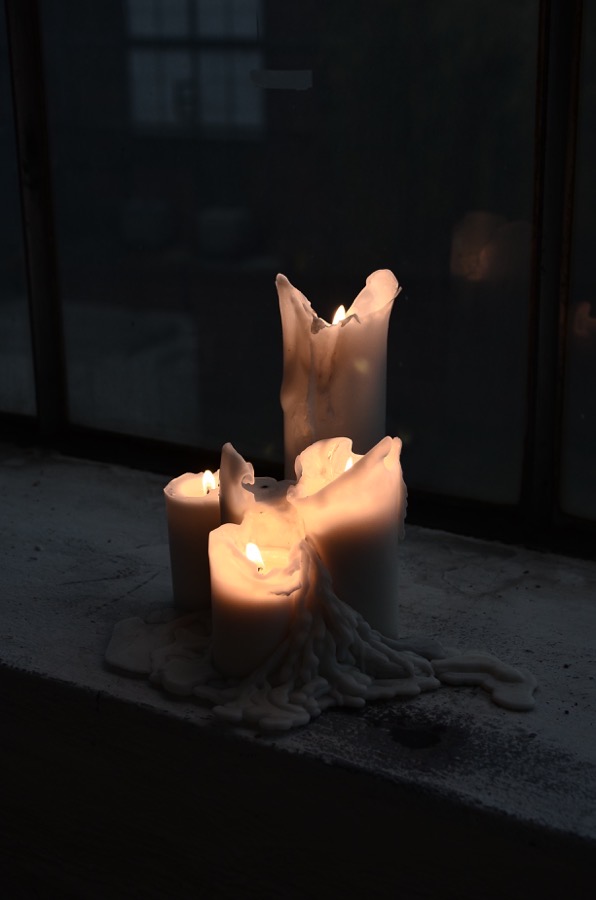 Frequently in designing  SenseMaker® projects  we end up with a client wanting to gather positive stories to support a given proposition and they are not interested in dissent, or stories of failure.  Frequently they restrict capture to those who know what stories ’need’  to be told.  Now I understand the political context that probably makes it necessity to do this. It relates to something I have been trying to explain to people who have never worked at C level for the last decade or more; even if you know something is right the context may prevent you  from taking action.  It is at the heart of the See-Attend-Act model I created in which the argument is that each is distinct and separate and needs effort, you can’t just assume a linear transition.

In a perfect word, with a perfect implementation of SenseMaker® we would move into distributed capture using the Genba version of the software, allowing continuous capture of micro-meaning in day to day interactions: feelings, ideas, recording, lessons learning and so on.  Then as patterns of meaning, which would include micro failure, would be punched back to the network for secondary interpretation and ideas generation.  This is all about weak signal detection – finding failure early, when its consequences to those who have failed and to the origination is minor.  But in most modern organisations that is a very very difficult point to get over.   I’m about to work with a client in leadership development where the session is being scripted down to 15 minutes slots.  I famously said once that OD departments had their CEOs in a Stockholm Syndrome relationship and post COVID a lot of the change and other initiatives I am seeing are driven by fear of loosing control over the change agenda.  People in operational roles, who have lived the consequences of radical and unexpected change are less tolerant than they used to be.

I used the image of the candles deliberately as while the always look on the bright side school of organisational change is understandable, the danger is that the ability to discover the truth early enough that the cost of amplification or dampening is low is not always going to be available.  Ignore it for too long and the light gradually starts to flicker and then dies.  The opportunity being lost, the wrong sort of cynicism sets in; the tropes of the water cooler get darker and change becomes more difficult.

All of that said, the essence of complexity is to start where people are, not where you would like them to be.  And the reality of survival maybe that the disclosure of reality is not only not welcome but difficult to take on board and may be inappropriate.  Lessons learning can too readily become lessons ignored or explained away often by promises that leadership is “onto it”.  So if we are going to work in this space we need to think a little differently.   I’ve used the image of the marsh on the edge of an estuary, partly because I am thinking a lot about estuarine frameworks and mapping at the moment but also as a metaphor for the messiness of an organisation.  Somethings are clear, some are more ambiguous.  Some understanding can only be guess work, but guesses informed by patterns on the surface of the water or the nature of vegetation and so on.  The essence of this is that explore indirectly not directly.

So I think its OK for a project to focus on explicit capture of stories that match political need, but in parallel start a series of longitudinal captures focused on things like improvements, reporting practice, getting feedback from customers and so on and in those captures give people opportunities to indicate how they feel (but not explicitly, SenseMaker® triads can do that well) and also record minor issues of deviance.  One of the things we have built into the Genba version of the software is a facility to record micro-anomalies.  This is explicitly not a whistle blowing system, its about capturing minor issues that you are under no moral or other obligation to report but which make you a little nervous.  These are automatically extracted and anonymised and only reporting when patterns of such reporting start to cluster to the point where they may be significant.

So mix and match.  Just as we advocate stimulating informal networks to compliment formal systems, so we capture micro-concerns and experiences to compliment, but not threaten more traditional capture.   I’ll be blogging more on some of the ways to do this with various Genba offerings over the next week or so but the principle is there: meaning is discovered in the shadows and shining too bright a light to early is probably a mistake.

So its time to conclude this series on the nature and management of ritual and ...

Control in the shadow 1 of 2

I’m getting into the shadow theme in this series of posts, and there are strong ...