Would it smell as sweet? 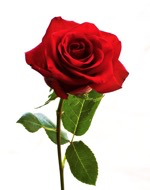 I got asked a question earlier today by Liza van der Merwe about what the name is for the various theories and practices surrounding Cynefin and SenseMaker®. Now Liza is one of a number of members of the Cognitive Edge community who never accept things as they are but ask questions in a way that makes me think. This contrasts with various one-eyed twitter-trolls who question from ignorance with little or no ethical or intellectual integrity, something that is very different.

Now as it happens I was already thinking about this in the context of what to call the book. On that front Cynefin is looking the strongest at the moment, but then the question comes as to the sub-title. So I thought it would be useful to outline some of the various names and phrases I have used over the years for discussion, or just as a means of thinking aloud. So in no particular order or preference we have:

Now some of those phrases are used elsewhere to mean different things and we have the additional problems of complexity being used in an ordinary english language sense of the word as opposed to complex adaptive systems theory. What is clear is that needs to be some distinction made. In part because there are a lot of books and papers now which use complex adaptive systems theory, some authentically some as just the latest set of buzz words to dress up old methods and ideologies.

I’m increasing drawn to the idea of Cynefin as a title with some of the words above in the sub-title. In that case other words like innovation, exaptation and the like could come into play. But of course it is not my decision alone, Mary is co-author on the book, publishers have views as do communities and markets. So all and any ideas are welcome.

The ethics of intervention

A brief two day visit to San Francisco saw me teaching day three of the ...

I spent most of the day clearing email on a sequence of trains to Glasgow. ...