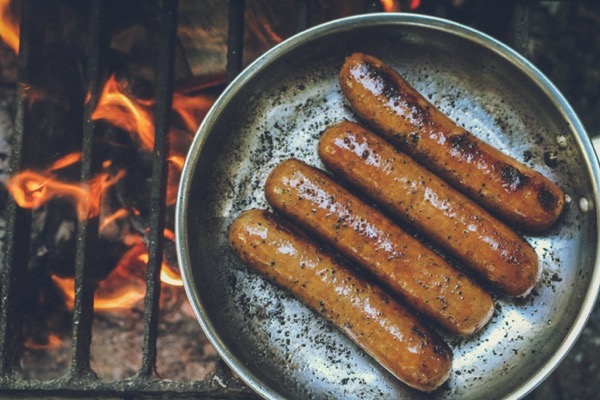 I finally decided on the theme for my traditional (well I’ve done it more than once) Twelve Days of Christmas blog series.  I got a myriad of good suggestions from social media so I am sorted out for a few years to come!  I chose a Cynefin theme and plan to describe memories around places I consider sacred in the broader sense of the world.  They represent physical places with hold special significance for me and I going to run through them is date-encounter sequence.  At the moment five are in Wales, four in England, one in Ireland, one in Asia and finally one in the US.  That selection may change as memories are triggered and it wasn’t easy to make it.  I’m now confident I can complete as it I looks like my ability to type is back to full function a couple of weeks after the trepanning operation, so you only have the normal partial dyslexia in operation!   For those who don’t know that means: if the spell checker doesn’t pick it up error I tend not see it and I often misout whole words.   DMs telling me of errors I appreciate, public shaming I live with!  As a series this will lay down aspects of on my own backstory but I will also reflect on any implications and learning.   But to be clear, this is a personal, if public series so if you want hard hitting content wait for the 6th January when I plan to talk about the exciting event planned for Malmo that month and our overall scheduled for 2020 retreats.

So to pick up the baton and get this started.  The first place has to the earliest sacred memory and that won’t be by earliest.  For those interested, that is of sitting to the staircase at our tied house in Ilmer, Oxfordshire, approaching two years old hearing my mother screaming.   My sister was born early, I held out several weeks for 1st April and a memorable date but she couldn’t wait.  In consequence they could not get to hospital or get the doctor out so Dad had to do a home delivery.   He was a vet so  so for him it was a common place process, for me it created memories at the age of two which is not that common and not something you really want to happen.   I also remember living in Cardiff while Mum sought out houses (we returned to Wales when I was four) in North Wales and I’ve some memories of my first two schools, both Primaries one in a village and intimate, the other more harsh and urban in nature.   But the real defining memories of that early period are all of the area between Loggerheads and Pantymyn along with the nearby Clwydian Hills of which Moel Famau is the most notable and the abiding memory or that area is of sausages!

Now that needs some explanation.  During the school holidays my sister and I needed entertaining.  We didn’t have a television back then or anything other than radio. In the evening we listed to Children’s Hour which was one of the great outputs of what was then the BBC Home Service.  One of the best readers was David Davies and I can still recall his voice reading Kiping’s Just So Stories and Alan Garner’s The Weirdstone of Brisingamen.  Radio is so much better for the imagination that television and films!   We played on the street with whom ever else was around.   Popping down the road to ask if the younger Satterthwaite could come out to play and living with the Twins when they came regardless was a key part of our lives.  But a lot of the entertainment was provided by trips with my mother and as we only had one car, used by my father for his work, we had to do everything by bus.  The F11 (or it may have been the F10) ran every hour between Pantymyn and Birkenhead.   When I was a teenager that was the route that lead to the Ferry across the Mersey to Liverpool but for now we took it a short journey to Pantymwyn and from there after a brief road walk took the last to a ford on the River Alyn.  In summer the river largely dried out and the tones on the River Bed provided the location of a camp fire using locally collected wood.   Shortly after the flying pan would be brought out of the old canvass rucksack and sausages would start to sizzle.  I think some of the best lunches I’ve had are those sausages from Edwards the Butcher in bread from Roberts the bakery, both outstanding local providers in an era of small specialist shops and no supermarkets.  From there we could walk down the Leete path to the Devils George or further.   In winter or wet weather we tended to start at the Loggerheads end using a different bus (The F10 or maybe the F11) or sometimes the car with no sausages but sometimes basked potatoes cookied in the pressure cooker and wrapt in Dad’s old Duffle Coat, stored in the boot (trunk for Americans) of his car which always smelt of Lysol.  As a Vet he was constantly disinfecting wellington books and so on using lysol and it (along with the sausages) are the two effective smells from my childhood. Charles Kingsley and Mendelssohn both walked the Leete in their time and my children have in their turn. 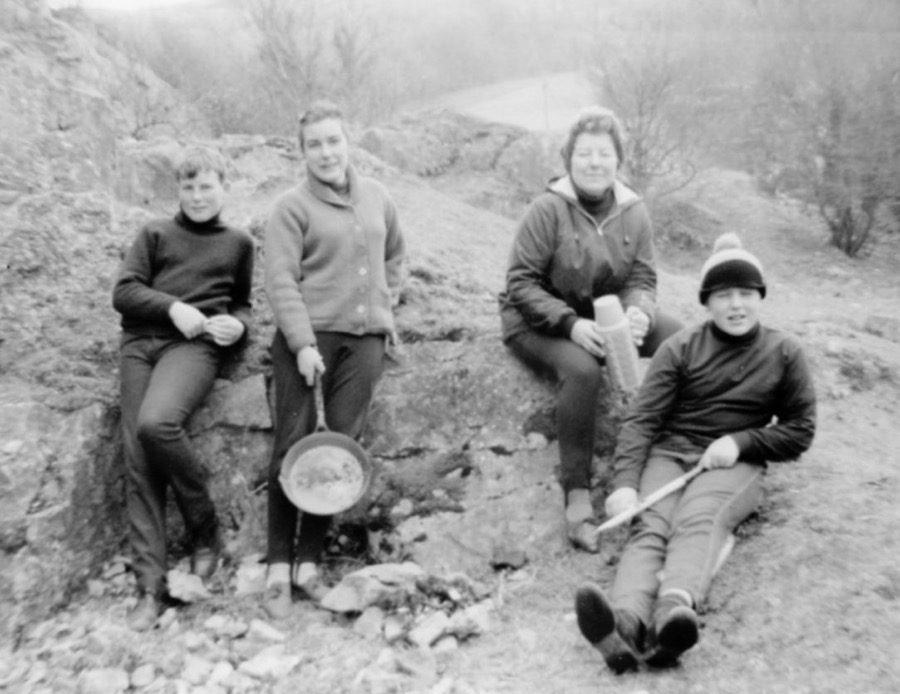 Rhydymwyn to the north used to be a secret weapons factory during WWII and it was the office for the Ministry of Agricultural Vetinerary Service for a a period and my father’s base;  I worked there as casual labour one year.  It was an old minding area with limestone and multiple places of mystery that imagination would make into Castles or ships or may other things.   I saw my first adder there There was a plantation of Back Poplars  that I spied for my I Spy Trees book.  The Alyn valley here is the place of memory for many children and not just from the area.  Colomendy Camp was the outdoor centre for Liverpool Children and is still open.  It even has the perfect bridge for Pooh Sticks!  The picture shows me, my mother, aunt and cousin Peter with the frying pan but on this occasion at Aber Falls.  I had hair back in those days and every time Peter came up something happened to him.  Shortly after this picture was taken he fell in the river.

Above the Alyn and always visible were the Clywyds and the summit of Moel Famau with it’s restored 1810 Jubilee  Tower.  Whenever I return to the area that is the first landmark I see and it was the first mountain I climbed.   Well OK it is really a hill but when young!  It needed a car or a long tedious walk up from Loggerheads to get there and there were two main routes up.   As I got older I could bike up and several times I took the bus to Bodfari and walked back down the full length of the range, agreeing with my father that he would pick me up from the pass in the late evening after work.   That walk was also day two for my Round and Through Wales walk which celebrated by 60th birthday and restoration to heath.  I timed that section for St David’s Day, the tenth anniversary of my Mother’s death.  As a teenager I walked lay lines in those hills which is punishing, you follow straight lines between ancient sites regardless of terrain.  I organised a Flying Saucer watch camp on the top of Moel Lys y Coed and managed multiple short ascents of the delightful Moel Arthur.   As I grew older Snowdonia because the new focus but I never forget the Clwyds and the banner picture has myself, daughter and sister on the last visit.

We were a family, we ate together, we played together ……

Twelvetide 19:02 A place of pilgrimage

I have vague memories of early holidays.  I know, because I have been told, that ...