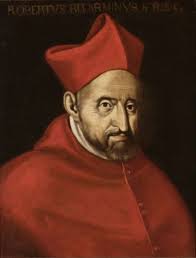 A long flight to San Jose by way of Los Angeles today in preparation for two days of recording for Intel, I have to repeat the same programme on two days wearing identical clothes and the material will then be edited and used for internal training.   The agreement also allows us to release the material for the wider Cognitive Edge membership so I can finally get a version of the childrens’ party story that has me at my current weight!  You need to get in the right frame of mind for a recording.   The current material on YouTube was recorded without an audience direct to camera.  The only way I have found to cope with that is to imagine it is a radio interview which means I can’t see but I know there is an audience.   This time I have an audience so the temptation will be to respond directly to them and make the material Intel specific.   So its probably a good thing we have two days, I might get it right second time round.

As part of getting ready for that I’ve had to think about the various essentials to get across in fifteen to twenty minute slots.  It is a good exercise in constraint as it forces a focus on the essence of a subject, but it also reduces the content you can provide with narratives.   Mind you I just have to tell a few IBM stories to relate to the audience.  There are certain cultural similarities between large US tech companies, both good and bad.  The single most difficult thing to get across is the dispositional v causal point, but it is the most critical.   The need to understand that a complex system has to managed in the present with a general sense of direction but no specific goals is always difficult.  Of course we all do it in our domestic lives but then forget the basics when we move into work.  I’m still working on how to do that, but I think preparing the ground may help.  So I plan to start with the Cardinal Bellarmine quote in respect of Galileo:

For to say that, assuming the earth moves and the sun stands still, all the appearances are saved better than with eccentrics and epicycles, is to speak well; there is no danger in this, and it is sufficient for mathematicians. But to want to affirm that the sun really is fixed in the centre of the heavens and only revolves around itself (i.e. turns upon its axis) without travelling from east to west, and that the earth is situated in the third sphere and revolves with great speed around the sun, is a very dangerous thing.

Now this is often used to mock Bellarmine, but in fact he was an extremely intelligent man.  But even the most intelligent are subject to pattern entrainment of past knowledge.  To see things in a different way is now easy as Galileo had problems with Keplar.  Pattern entrainment can blind the best of us and we have to shake off the old ways of thinking before a new way can penetrate.  In practice you will find Bellarmine characters in all modern organisations; well intentioned, brilliant in their way but locked into old paradigms. Remember, he was trying to help Galileo …

An article in the Guardian today argues that axing anthropology as a subject in schools in cultural ...

Most of my journals are on the iPad these days, but I keep a few ...