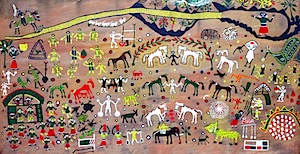 OK its weeks later than I planned but we have finally launched cultureSCAN. I thought we were ready when I started a blog post sequence on the subject but then reality struck. We now have a new legal agreement in place, we’ve done more detailed work following feedback from the initial tests, worried through consistency on the web site and debated pricing. I’ll continue the posts on culture this week then add some reflective posts on HTLGI next week. The full list of posts is below so you can get the essence of what this is about.

The goal of all SCANs is to give people a low cost entry into using SenseMaker® around a known need, using proven signifiers with standard services. We are hoping this will help network members in their own work and also provide a understand by doing option for those wanting to run SenseMaker® projects but facing the normal cynicism that results from a novel solution. We will also announce a couple of webinars tomorrow for those who want to know more.

Now we have the first in place the rest will be easy so safetySCAN will be out next week and then decisionSCAN (which will also open up options into wider decision mapping). We are also actively encouraging people to come up with SCANs of their own and we will happily load them on the web site and agree a profit share. So let us know if you are interested in that. I’ll post more on this over the coming week but in the meantime you can experiment with the cultureSCAN, download it to a smartphone (activity code cultureSCAN) and then buy one!

Just to be clear, as this is the first one its on special offer until the end of June. After that the price will double. You can buy one now and activate it later in the year if you want to take advantage of the opening price but are not ready to go live yet.