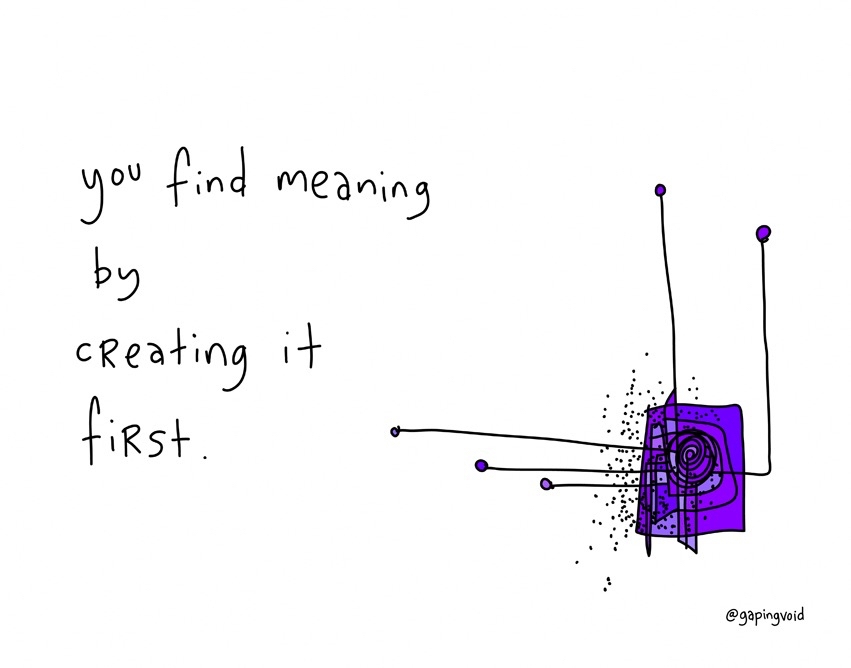 Today is the festival of Epiphany, the end of the Christmas festivities and I spent it in Bangor working on several things including the new Cynefin Centre programme on meaning, or more properly the emergence of meaning in modern society followed by a dash to Birmingham and back for an early evening meeting. Fortunately Bangor has no orthodox community of note so I wasn’t required to dive into the Menai Straits to recover a cross thrown in by the local priest. The origins of the word are in the Latin epiphania which in term comes from the Greek epiphaneia meaning appearance or manifestation and epiphainein to manifest. Now in that programme we are looking to explore how meaning is created and sustained in a world too often mediated by information, the echo-chamber effect of algorithmically dominated virtual space. In the spirit of complexity science we want to look at the current dispositional state of meaning and allow self-discovery and peer to peer knowledge flow in the course of that discovery. This links to the citizen journalist programme I telegraphed in an earlier post on empathy which is almost ready for launch – mark 19th January in your diary if you are interested in the first webinar on that at 1800 CET. Anyone who has already registered interest will get long in details.

Meaning making is a fundamental aspect of sense-making for humans, and if we look a sense of meaning (which can include identity) then we have problems. In small clan type communities closely connected to the physical environment and gift based support (a significant part of our evolutionary history) it is less of a problem than in our modern hyper-connected world. Religion, hierarchy, authority all have positive and negative histories in the evolution of meaning in society. So the programme we are planning will start to look at multiple aspects of meaning. The physical world, our heritage, spirituality, aesthetics, the role of craft and yes, technology will all be part of the programme. At the moment we are planning an exploratory seminar between the 27th February and 1st March this year – leave your name in the comments section if interested or just keep an eye on this blog and I will announce the event more formally with a link to a booking form.

One of the reasons I want to do this is that I am coming to hate and despise people who talk about creating the right narrative, or of people having the wrong narrative. It is all to common in too many people in the organisational change community before I ever start on to government and other agencies. People have a narrative form, which is fractal in nature and cannot be manufactured without great harm and limited effectiveness. Meaning is largely achieved through narrative, and that is an emergent process that requires engagement more than engineering.

Cartoon from Gaping Void, Picture from my 2nd January walk on Camarthen Fan; the mountains are one of the places where I find meaning

I should by now have completed by twelve days postings on welsh poems and words but undertaking that has resulted in too many book orders, too many new poems to read so I will probably end up back filling those posts over the next couple of weeks. However I didn’t want blogging to stop pending completion of that task so I’m going to return to more or less daily blogging from today.

4: In fruitless battles for our masters

Yesterday I took a fairly positive poem from R S Thomas as my them. Lovers ...

Yesterday I started to talk about meaning, coupled with a minor rant about the growing ...