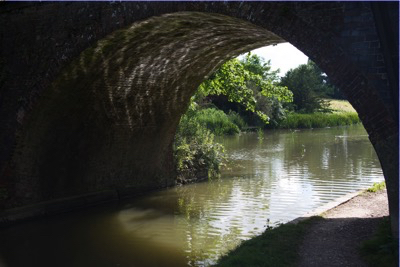 I went for a walk today, catching the five o’clock early eventing train from Bedwyn to Kintbury and then walking back along the Kennet and Avon Canal to my starting point. I timed it for the evening sun to make the photography more interesting. It was the first walk I had taken since the fall on Tryfan which aggravated a knee issue. The head wound which required eight stitches has never really caused a problem but the knees have. A scan reveals bone on bone action but I may not need a part knee replacement for ten years as I have built up enough muscle. However it is deeply frustrating to be back on flat canal walks after the glories of Annapurna Base Camp earlier in the year. But the medics say I can do the three 5,000 metre passes walk around Everest, maybe with an injection, definitely with trekkingtreking poles and anti-inflammatories, so its not all bad. It also looks like stem cell regeneration of cartilage is now possible so I am looking into that.

Now I last did this walk on a cold day in March 2010. I was resolved to try and get fit again, to loose weight. That long period at the end of IBM and the start of Cognitive Edge when I had no time for anything else but work and travel had a bad effect on me. Too many late night arrivals and getting comfort food with room service. To many late night returns home so the convenience of special fried rice, mixed meat curries and some fries from the local take away. I can’t really complain about the knees as I brought the condition on myself. I got into an habituated pattern of behaviour from which escape seemed impossible. So back in March 2010 I took a first step back to health but it was a year before I started up again, walking from Newbury to Kintbury to be followed over the next few moths with all the remaining sections of the Kennet & Avon Canal walk complete by July. Between 2012 and 2013 I completed the South Downs Way which involved more hills and longer distances along with the Ridgeway. Overlapping those two were the Thames Walk with Peter and Julia and the more ambitious Cotswolds Way with the same companions. I’m ashamed now to recall how out of breath I was on short, if steep climbs.

What I had achieved was a different type of habituation, by undertaking long distance trails I had to plan and complete in sequence. The walks involved (as you can see from the links) photography and the use of Viewranger (thanks as in many things to Euan) to track the walks, keep the GPS records for honesty (you can’t take short cuts) and to record the position of the pictures. All of that involved evenings planning the walks, sorting out the public transport to the start and end points, or cajoling friends to engage in two car trips or pickups in return for a coffee and conversation. I had established a different pattern of behaviour but it took a few years. Then I had the Diabetes diagnosis and that triggered drastic change which allowed me to start the Round Wales Walk and return to the mountains of Snowdonia not to mention discovering the Brecon Beacons anew. Interesting the Wye Valley Walk was the one that saw that transition. I was 35kg lighter at the end of that walk that I was at the start. 2013 was a transition year for me of major proportions. Last month I was removed from the Diabetic register which was symbolic of a transition that had been slow in starting but then accelerated.

Changing habits is difficult, but there seems to a point where it suddenly becomes easier. Creating a habit of an hours physio exercises every day is a lot more problematic 🙂

I argued in yesterday’s post that to resolve conflict we first of all had to ...

Well there may not be an actual fire

I’m running a Cynefin and Sense-making course in London for the rest of this week ...