Paddling by the Thames

The end point of the Thames Walk is the flood barrier at Greenwich, but we faced two unexpected barriers on the Hurley to Windsor section today of which more later (although the picture should give you one clue.  I’d spent the previous evening at the Barbican Centre watching Glass’s Einstein on the Beach, a five hour marathon that became six with delays.  It was a wonderful experience, a near unique form of Opera in which the visual and musical stimulation tells no specific narrative but allows unique ones to emerge.  But you have to choose to engage to enjoy more than in other operas and that might explain why this was the UK premier of a 1976 composition.  The problem with the delays in the technically complex production resulted in a post 2300 finish and despite my best endeavours I missed one train by two minutes and ended up on the 0140 to Maidenhead.   I was staying in a hotel given the late finish and an early morning start but it was 0300 before I got to sleep and there was no time for breakfast before all members of the party assembled at Maidenhead station to leave one car, taking the other to Hurley for the start of the walk.

The normal core team of myself, Julia and Peter was augmented this time by Iwan Jenkins, a fellow Welshman who now lives in Canada but is over frequently.  Part of the pleasure of these walks is being joined by different people, conversation ranged from Physics to Architecture and, given our location Wind in the Willows and Three Men in a Boat.  This section of the Thames is distinctly Edwardian in nature but the river was full, with that oily darkness that is characteristic of a large volume of water moving at speed.  It was not a day to be messing about in boats, simply or otherwise.

That said, a boat would have been useful early on.  As we approached Marlow we were met by people turned back by a flood.  One person in particular stopped to tell us that she had not taken the risk of falling into the River as the boundary with the river was invisible.  We did think about a diversion but decided to see for ourselves and to be honest it was nothing.  OK shoes and socks had to be removed, but the fence gave a clear line and the water never reached above mid calf level.  I think we were the only ones to actually essay the brief, cold enterprise.  We were then rewarded with a temporary open market of French food - the vendors over from Normandy for the weekend.  I had expected to find a limp sandwich, but instead had the most wonderful loaf and a hard, un-pasteurised cheese to die for. 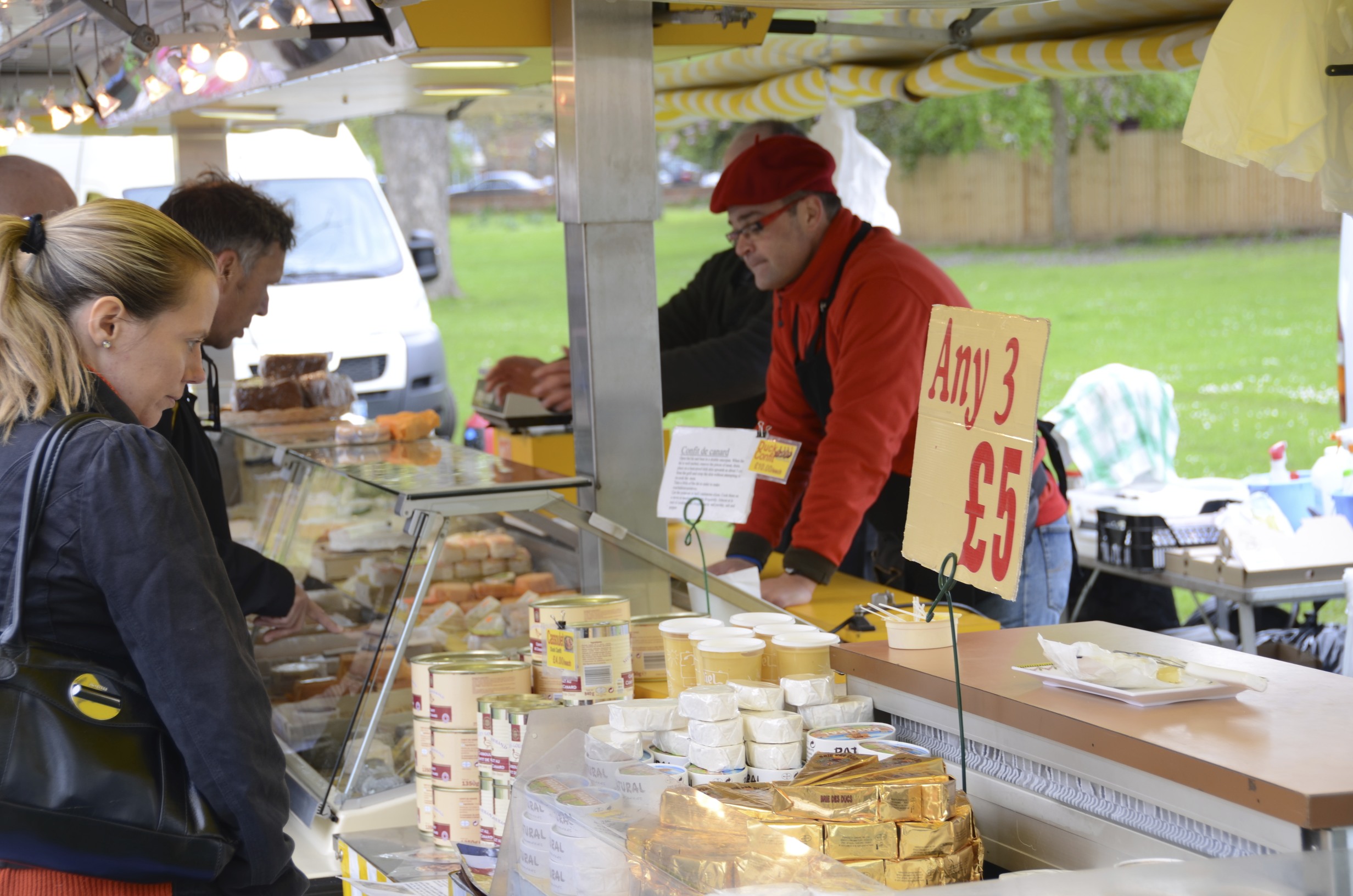 Ok I had to carry the loaf for a couple of hours until lunch time but it was worth it.  I’ve managed to achieve a minimalist approach to these walks, a karrabina with a strong elastic ring allows me to hook a water bottle onto the camera shaft, and the new Paramo Jacket can handle a very broad range of temperatures.  The only downside is when you encounter an enterprising group of Norman traders and could do with a rucksac;  I suspect however that this will be a once off!

We had to start from Hurley as we had been rained off at that point before.  The net result was a 17½ mile walk rather than a 14¼ one.  But the section from Marlow to Windsor is an easy one for anyone to make, and an interesting one.  Simply park at Maidenhead station and strain services will deliver you to the start and return you to the finish with easy.  You pass Clevedon House, see the estate cottage which gave rise to the Profumo affair.  At Boulter's lock you get a sense of its role as the height of Edwardian River fashion so well chronicled in Three Men in a Boat.  If you have not read this do,  Montmorency’s encounter with the cat, the lack of a tin opener, George’s encounter with the Swans and the wonderfully written hypocrisy around the use and abuse of steam launches all await you. 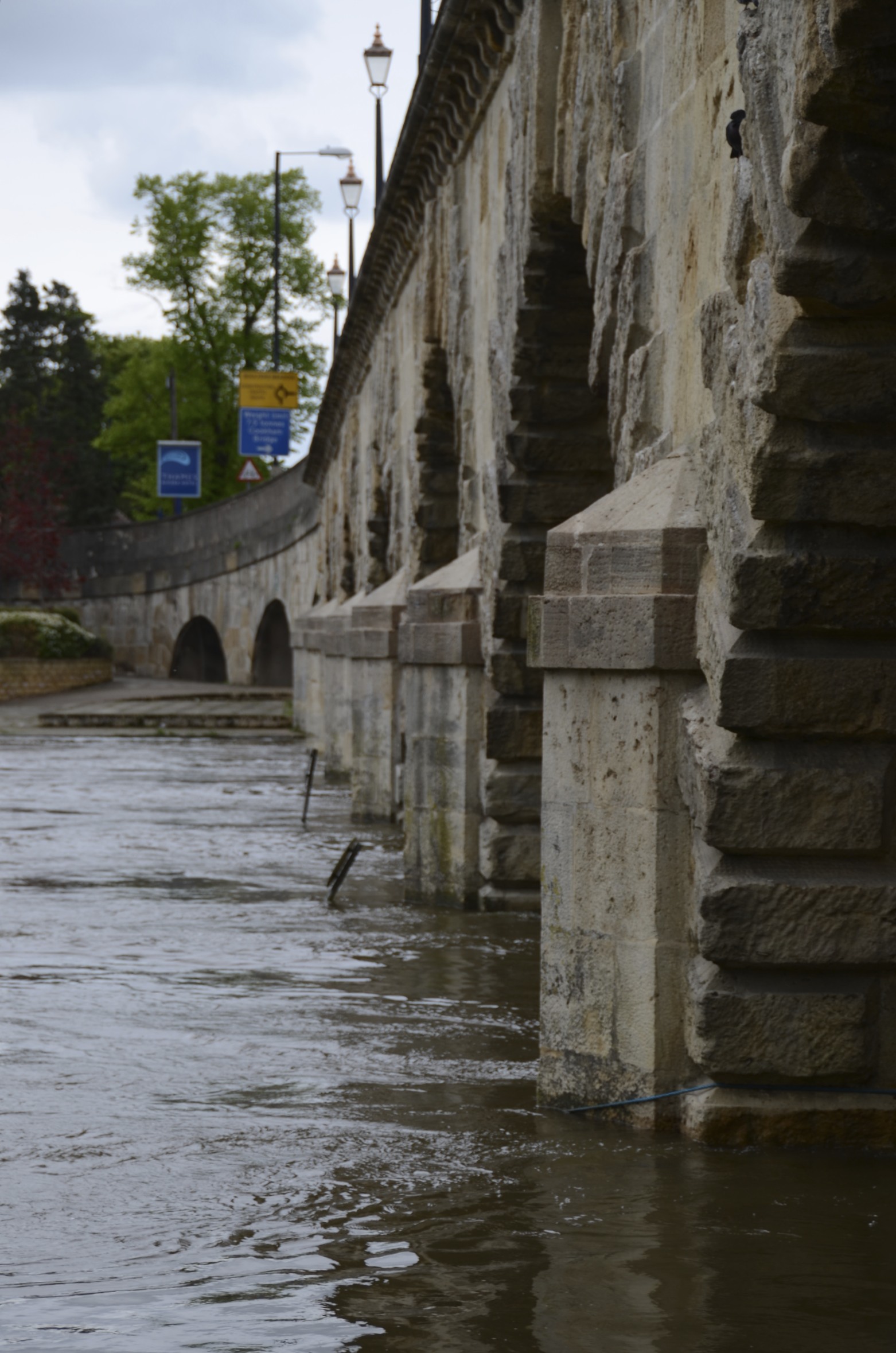 We passed through Maidenhead at pace and I was looking forward to the section that sees Oakley Court accross the river.  The film location for the first St Trinian’s movies (Alistair Sym not Colin Firth) was also the location for my first ever course when I became a consultant, we were taught how to sell there.  Not interestingly as consultants but as double glazing sales people.  The argument was if we learnt that extreme then anything else after would be easy and it was a good idea.  However I still remember arriving there, my first ever stay in a five star hotel after years of charity work overseas where sleeping on the floors or from time to time the guest bedrooms of fellow workers around the world was the norm.

However the sight was not to be.  As we came near the path was blocked, this time not by the agency of nature but of man and more specifically security.  It turns out that a new bridge is being built for spectators to the Olympics (the Eton Rowing lake is in use) and for the “safety” of walkers a four mile section of the Thames path was closed down with a diversion around a cycling path - interesting for a cycle’s pace but not for a walker.  We trudged around, few views other than more and more security fencing and lighting.  When we came back to the river, the bridge was visible behind security fences and it was abundantly clear that the closure was not about safety but convenience and paranoia.  All that was needed was a 100 yard secure corridor past the bridge.  Maybe close it during the olympics themselves for for months before and months after, that is a nonsense.

The final section of walk is in part compensation.  The towpath is an easy walk, and Windsor Castle appears dramatically as the final water meadow is reached. 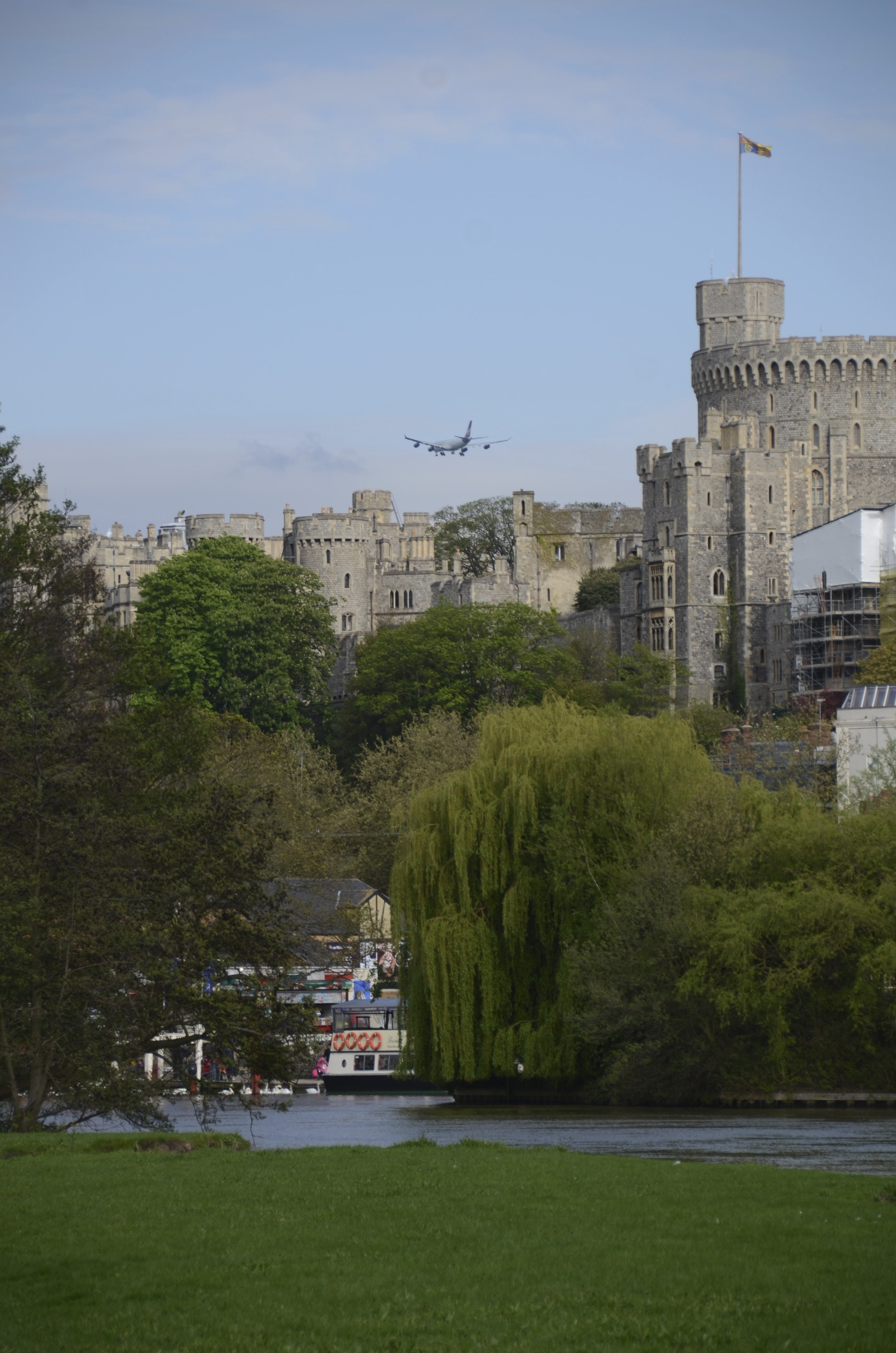 The pub at the end of the path has a bookshelf of philosophy and theology which is unusual, but interesting.  We had the best part of an hour before climbing the hill to the station and a return to Maidenhead.  Mind you the station at Windsor is a tourist attraction in its own right and I finally got that americano that my body had graved first thing in the morning.

We got the shuttle train that runs to Slough.  From there Peter and Julia went on home via the train to Hereford, the rest of the party got on the stopping service that ends up at Reading.  From Maidenhead Iwan returned me to Hurley before heading off for Llanelli.  I had a shorter trip that ended with a take away and along path - 17½ miles takes it out on ageing muscles.

We are debating halting the Thames Walk until winter, and moving on to complete the Cotswold’s Way and the Wye Valley Walk during the summer months.  Both have height for the wind, and shade from the sun in some of the best woodland in the world.

London in winter can be a pleasure, but in Summer it is hot, urban and packed.  As ever guest walkers are welcome - I’ll announce future plans on Twitter.

Full set of photos to be found here