How the elephant got his trunk: what evolution can teach us about complexity 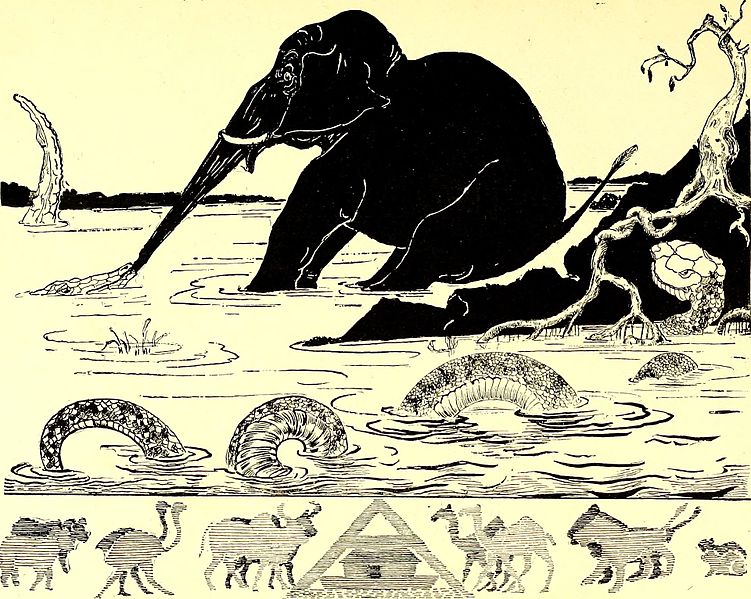 I’m going to assume that everyone who frequents this blog and is a regular reader of Dave’s work is very familiar with general concepts of evolution, both as a biological fact and as a metaphor. In the Cynefin framework, evolution appears most prominently in exaptive practice, associated with the complex domain. Exaptation in that context is defined as radical repurposing and it is key to how innovation often happens in complexity. The term exaptation was proposed as an additional process to adaptation by the evolutionary biologist (and a personal favourite) Stephen Jay Gould, most famously outlined in a 1982 essay co-written with Elisabeth Vrba. Here, however, I will argue for the general importance of a solid understanding of evolution for approaching the nature of complex systems.

I am strawmanning here a bit for the sake of brevity, but a simplified version of evolution is prevalent even in scientifically literate circles. It is seen in the assumption that specific features or traits evolved “for” something, to achieve a particular goal. This kind of functionalism doesn’t correspond to biological reality and understanding how it doesn’t helps us better understand the lack of directionality in complex systems. It takes us to the essence of what causality and dispositionality look like in practice. In evolution there is no plan, no intention, no drive towards perfection. There is an organisational and technological parallel to that (Brian Arthur makes some interesting points there), and it is seen in the opportunity to create exaptive innovation from pre-existing materials.

It can be put as simply as that: in evolution, just like in life, some things just happen. The things that happen are not entirely random: they emerge out of a specific historical substratum and are shaped (and to a degree determined) by a landscape of possibilities and affordances. We can see cause in that substratum or the options, but it doesn’t have a purpose. It is not “for” anything. It might just as well be a by-product of something else or a trait from the past that just stuck around. It might have a function, or not, or acquire one along the way, but confusing function with purpose (which this kind of simplified approach to evolution does) essentially describes an effect as the cause. To return to the old favourite of exaptation, things that have a function can be exapted into a different one, but also things that never had a function at all, but just happened, can also be exapted. The second point is critical because it requires us to pay attention to things that do not serve any apparent reason or purpose (and saves us from the assumption that everything necessarily has a goal). This paying of attention is exactly what we do when we scan for weak signals and outliers; they are the hints of new possibilities or new functions emerging.

The substratum of possibilities (with its own historical trajectory that shapes it) that things evolve out of can perhaps be better described as a constraint rather than a cause. The way Gould uses constraint is very close to how the term is used in complexity, as something that enables as much as it determines and hinders. As Juarrero discusses, without constraints there is also no connection, no cause of any kind, no change. The form of the organism and its evolutionary history means that it can only move in certain directions, but it also constitutes a “reserve for potential exaptation”. So if we combine non-directional change with the range of possibilities for exaptation afforded by what has already happened, we arrive at the realisation of how vital those non-directional and unclaimed spaces of possibility are. Redundancy matters. I don’t want to move this discussion too far towards discussing ideas such as innovation, but the idea practically suggests itself: if you want things that you can exapt, then you need slack and empty space. A tightly regulated and controlled system is one where exaptation cannot happen.

Of course, none of this means that things don’t also serve functions and that they don’t adapt to their environment; it just means that they don’t necessarily do so. For example, the evolution of the limbs typical of land animals (like ourselves, with our fingers and our ability to walk) came from the exaptation of non-functional features in fins. Once that had happened, limbs also adapted in interaction with different environments and lifestyles. Wings were exapted from feathers that served various functions, from thermal regulation to sexual display, but they also adapted in different ways once they started being used for flight. Total novelty can also emerge (remember the organisational parallel?): non-functional genetic sequences in the DNA of all species can create new material, such as the genes that allow the Atlantic cod to not freeze in very low temperatures.

When we look backwards from the present state with the intention of tracing function and attribute purpose to that, all we end up with are elaborate just-so stories in evolution as well as in complex systems. One of the worst offenders, and a sure way to infuriate an archaeologist or evolutionary biologist if you are so inclined, is pop “evolutionary psychology”, the field that has given us gems such as explaining why girls naturally like pink and why gentlemen prefer blondes.

We talked about complexity, but there is also an ethical reason behind it all: understanding the full complexity of evolution, with its messes, and lack of direction, and random stuff that sticks around, and sub-optimal features, takes us away from the impression of a ladder of constant evolutionary improvement (with ourselves at the top of course) and the obsession with efficient perfection. The moral implications are not very hard to see. Relentless optimisation is not the way of complexity; value, purpose, and function are messily entangled rather than neatly stacked; small serendipitous events (or small deliberate choices) have material consequences down the line; and the line between ascribed purpose and naturalised prescription is incredibly fine.

One of the characteristics of human systems that distinguishes them from other complex systems is intentionality. This intentionality goes both ways: we intentionally shape the system, but we also ascribe and see intention in absolutely everything, the same way we see patterns in everything. Formally, this tendency is similar to what is called fundamental attribution error, something individualistic cultures are particularly prone to. It is no surprise then that we have trouble coming to terms with the absence of purpose and intention and not anthropomorphising evolution as a master craftsman (or these days perhaps as an optimising CEO). But evolution, just like complex systems, doesn’t care.

Finally, scale matters. To go back to complex systems, this is why it is not possible to take evolution apart, find the bit where change happens, and then put it back together. Focusing only at one level and assuming that this is the “true” level where it all happens (usually the smallest one, and in some approaches to evolutionary theory and a lot of pop evolutionary theory, that’s the gene). In fact, evolution and selection happen at multiple and overlapping levels, including the gene, the organism, the community, behaviour, preferences, society, phenotypes, the mediation of epigenetics…

Keeping evolution in mind guides our attention from function to landscape, history, and possibility. The shift from asking “what is its purpose” to asking “what does it do and what forces has it emerged out of” is powerful. It is also a constant warning and reminder of the temptations and dangers of oversimplification. We all do it all the time. We all fall under the temptation of explaining or justifying things in terms of evolutionary utility while getting cause and effect entirely backwards and mixed up. We all make up just-so stories. Those can serve a purpose, or they can do quite a bit of damage, but either way, the world is greater than that.

In-text image from “Just so stories for litle children” by Rudyard Kipling, published 1902 and digitized by the Information and Library Science Library, University of North Carolina at Chapel Hill. No known copyright restrictions.

So I’m back at the desk in my study, driven home from two weeks walking ...

Cognitive Edge Journey: A Chance at Renewal and Re-wilding

The world as most of us knew it ground to an abrupt halt in the ...