Leadership: What is the locus of change? 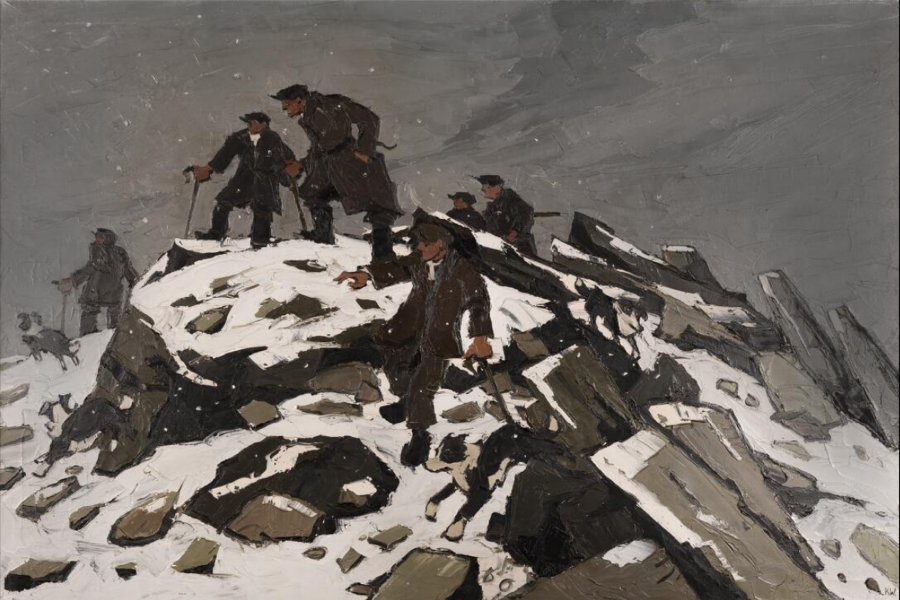 This is the first in what will be an occasional series of posts in which I want to examine, in the context of change the role of the individual, that individual’s identity as part of society and the affordances provided thereof.  To be clear this is an exploration and I am using this blog to play with some ideas before I formulate something more serious.  The banner picture is mine, taken yesterday on a longish walk over a previously unexplored area of the Black Mountains in Wales.  I’m always looking for pictures that fit the 1280 by 300 pixel constraint of the blog template and this will not be the first, and almost certainly not the last time, in which I chose the pictures with only a vague sense of what I wanted to write about.  It shows a tree isolated in an otherwise moorland landscape pictured against a late afternoon sky, taken with my new but already much loved 20mm f1.8G lens which has a wonderful depth of field and the ED lens elements are brilliant for sharpness and contrast with very little spherical aberration – in many ways the perfect landscape lens.  Mind you I wouldn’t say no the 24 mm f/1.4G but that is very pricy in comparison and also heavier.  I also carried the newly serviced 28-300  1:3.5-5.6G which produced one of my best shots of the day with evening light on the fields and Pen-y-fan in background.  It was a perfect day for photography with the previous week’s storms having cleared the air.  But I am wittering, back to the main subject,

The role of a leader, or of anyone who wants to make a difference, is often a bit like that tree.  You don’t really fit in and you are pretty exposed.  A storm could well pluck you of the soil if you are not well rooted or force you to bend to the wind, a habit that can be permanently crippling.  Many moons ago, when I had the privilege of running an executive retreat on leadership, co-teaching with the late and great Peter Drucker, I made two statements that I think are still important today.  Firstly, if you can’t find ways to live with failure (in yourself and others) then don’t take a leadership role.  Secondly as you shift from managing to leading your role is increasingly to create the conditions under which good things will happen and to act as a catalyst when the conditions are ripe for change.   Now, of course, all managers at times lead, and all leaders cannot avoid management but the point stands.  It is a transition that many do not make, or only achieve in part.  The best leaders I have known always have time for reflection, observation, and conversation and do not depend on mediated or interpreted reports. They not only walk the talk but listen before talking.

Now, this is an introductory post to what will be an occasional series so I want to share some incomplete ideas that I will develop in future posts.  In no particular order they are:

Now I haven’t fully addressed the big issue here which is that of what is more important the individual, or the social context in which they exist. Well, there is a clue in the basic complexity principle that connections matter more than things.  Very few people can stand aside from that social context, they are formed and informed by it and no bad thing.  Yes, we get the odd exception (think of The Mule in Asimov’s Foundation Series) but we can’t predicate change on exceptions.  I have a lot more to write on that and the way both formal and informal network connections can be managed.  But I will finish with a reference to the opening painting by Kyffin Williams, ‘The Gathering’ or ‘Farmers on Glyder Fach’ which opens this post is used courtesy of the National Library of Wales and wa one of the ten pictures selected to represent Wales as a part of Europeana 280 and is used under a creative commons license I have always loved his work and anyone who is Welsh and has walked the hills will recognise this shapes, formed by the hills and common hardship and purpose;  They have a sense of co-ordination that I love.  But with that comes other senses and background culture.  Williams himself once said of his work and life that it reflects “a seam of melancholy that is within most Welshmen, a melancholy that derives from the dark hills, the heavy clouds and the enveloping sea mists”  I don’t see that as negative, it makes poets of us all.

The next post in this series can be found via this link.

I got a little angry in a Slack group a day or so ago at ...

I was asked this evening, via LinkedIn to comment on the Baldridge Performance Excellence Program ...