so long as I get SOMEWHERE 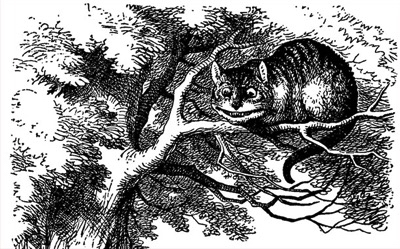 I intended to complete these three posts linking ideas from Alice in Wonderland with the work of Agryris (and in part Schon) over a week ago but there is only so much time in a day. I’m a little frustrated though as I thought I would get a daily post in for the whole of July and that will not be possible. .However the comments also occupied me in response and I was reluctant to make the final post while that was going on In the first post I looked at the difference between espoused theory and theory in use. In the second I went on to the related concept of single and double loop learning.

I may not have been entirely clear but I was arguing that both concepts, like mental models to which they are linked, had utility at the time but that our scientific understanding had now progressed beyond those models which made (I argued) false assumptions about intentionality as well as causality. Instead I argued by reducing the granularity, distributing condition and intermediating decision makers (the essential three heuristics of complexity work) we could make the problem that both theories address irrelevant.

In my first post I referenced Humpty Dumpty comment about mastery through controlling language; a statement of naked power if there ever was one. In my second, the cloying sentimentality of the mock turtle, is so bad that it starts to lack in credibility and becomes unbelievable. Today I have referencing the Cheshire Cat’s famous commentary on direction:

“Would you tell me, please, which way I ought to go from here?’
‘That depends a good deal on where you want to get to,’ said the Cat.
‘I don’t much care where -‘ said Alice.
‘Then it doesn’t matter which way you go,’ said the Cat.
‘- so long as I get SOMEWHERE,’ Alice added as an explanation.
‘Oh, you’re sure to do that,’ said the Cat, ‘if you only walk long enough.

These do all hang together least in my own mind so let me spell out what I mean by avoiding the two problems addressed by Agryris and Schon. I will do that as a series of numbered statements:

Given all of that I hope my use of quotes and illustrations from Alice in Wonderland is clear, but just in case:

Hopefully it now clear, tomorrow I will talk about walking …

*I cannot claim to make statements for complexity as a whole, nor can anyone else, it is a broad church. So when I am making definitive statements I am referencing the body of theory based on my work and that of close colleagues

Yesterday’s post had a somewhat ambiguous title and illustration and I’m going to continue that ...

We are being rather inundated by memories of England winning the 1966 World Cup with ...