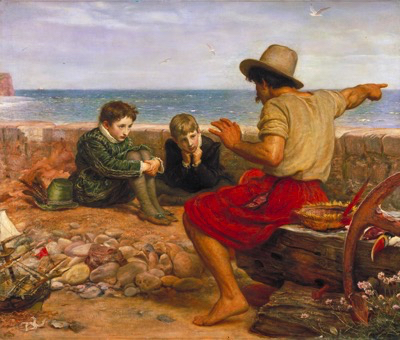 As promised yesterday it is more than time to update some of my thinking on narrative as communication. I’ve taught aspects of this from time to time on the four day Cynefin and sense-making courses, but I can only give it around half a day here and now I have two. I’m writing this at the end of day one and have completed most of the theory sections. There is something about teaching that clarifies ideas and I kept dashing to the side to make notes as ideas, particularly synthesis and synergy with wider aspects of anthro-complexity occurred to me.

One general theme here is a concern I have had for the best part of two decades, namely the various attempts to take an artisan process and reduce it to a simplistic process that can be programmed into course attendees. The latest of these attempts to the commoditisation of design thinking but narrative, or rather story telling was one of the first. An Irish seanchaí (literally a bearer of the old law) even in the modern day is meant to service a decade long apprenticeship. Reporters on the national press serve years as a cub reporter in the provinces and so on. In a disintermediated and increasingly fact free world the cult of the amateur is compounded by the industrialisation of the artisan and the echo chamber impact of social medial. Couple that with the desire for instant gratification, the quick fix accredited process and we have an issue. The linked loss of professionalisation (and respect for professionals) together with the socialisation (and consequent ethical development) is one that should be of increasing concern. Don’t get me wrong here, I have no issue with the use of modern technology and the ability to connect quickly with multiple identities and handle personal and business transactions with ease. But rather like Vico (one of my favourite philosophers) I want to say to the unthinking advocates of the modern enlightenment that while the new has huge value, there is much to be lost from the past.

So after that neo-rant lets get onto the issue of narrative management, possibly (if we are all honest) narrative manipulation. Any attempt to communicate involves a level of manipulation and trying to pretend otherwise can too easily lead to inauthentic action. So what is involved in managing the narrative landscape of a modern organisation? I started todays’s session with the following quote:

What about expert searchers who have spent years honing their ability to detect small abnormalities in specific types of image? We asked 24 radiologists to perform a familiar lung nodule detection task. A gorilla, 48 times larger than the average nodule, was inserted in the last case. 83% of radiologists did not see the gorilla. Eye-tracking revealed that the majority of the those who missed the gorilla looked directly at the location of the gorilla. Even expert searchers, operating in their domain of expertise, are vulnerable to inattentional blindness.

That allowed me to make the point that whatever you say is filtered through the patterns of recent experience. So if you want to achieve change in a modern organisation, the last thing you should do is announce a change initiative. The prior patterns are generally memories of over idealistic, non adaptive promises about some mythical perfect future. Reality has made more or less everyone cynical, and legitimately so. Better the start making changes than announce that change will happen. Following that I moved on the make the following seven points.

Obviously I said a lot more than this, but that is enough for the moment.

I’m still working on the new use of coupling and boundary constraints for Cynefin so ...